It did not take much time in Etosha before we saw the first elephants, but they were on some distance. There are three species of elephants in the world today – the Indian/Asian elephant and in Africa the bush and the forest elephant. We had heard that African elephants were animals that should be met by great respect… 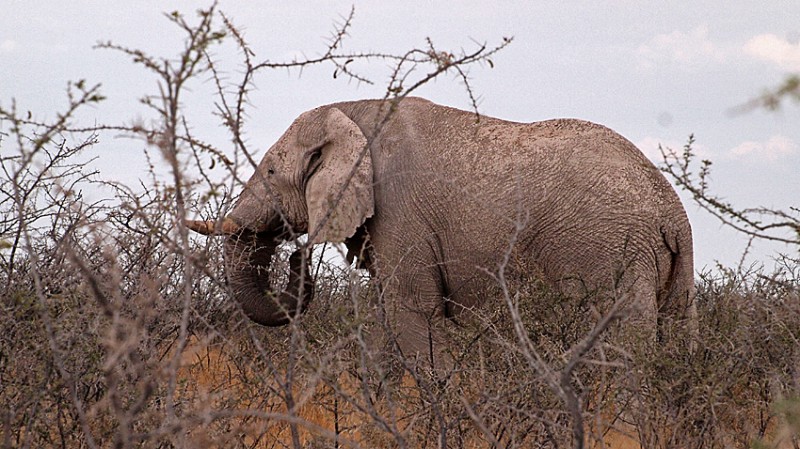 Elephants are the largest living land animals on Earth today. The largest elephant ever was shot in Angola 1955 and weighed 11 000 kg!

One evening in Etosha we were about to leave a waterhole, when suddenly…

…they came. They were silent (!) and invisible (!) until they suddenly appeared only 10 meters from our car. We had been observing a zebra family that looked nervous and we hoped there would be lions near by. But mow we realized that the zebras heard and felt what we couldn’t – the elephants were coming.

We counted to seven or eight and were very excited and the girls a bit scared. Even if our Pajero is a big car it is still small compared to a big African elephant. 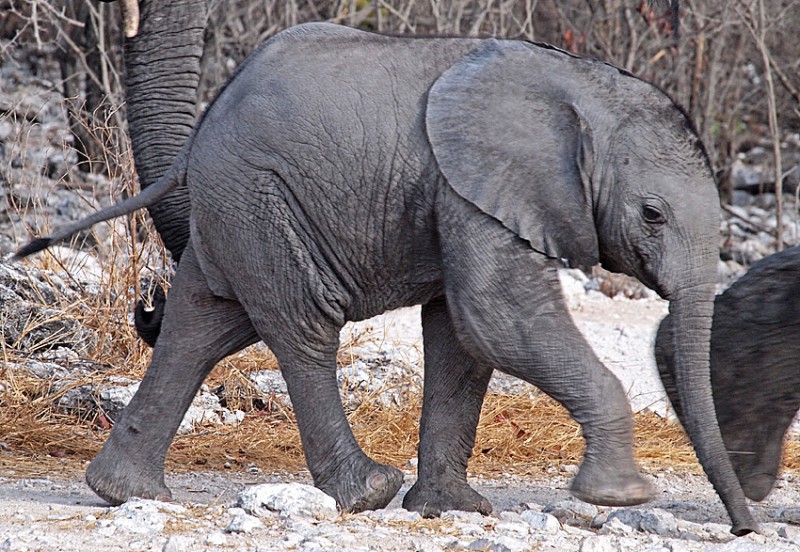 Even a small elephant is big… 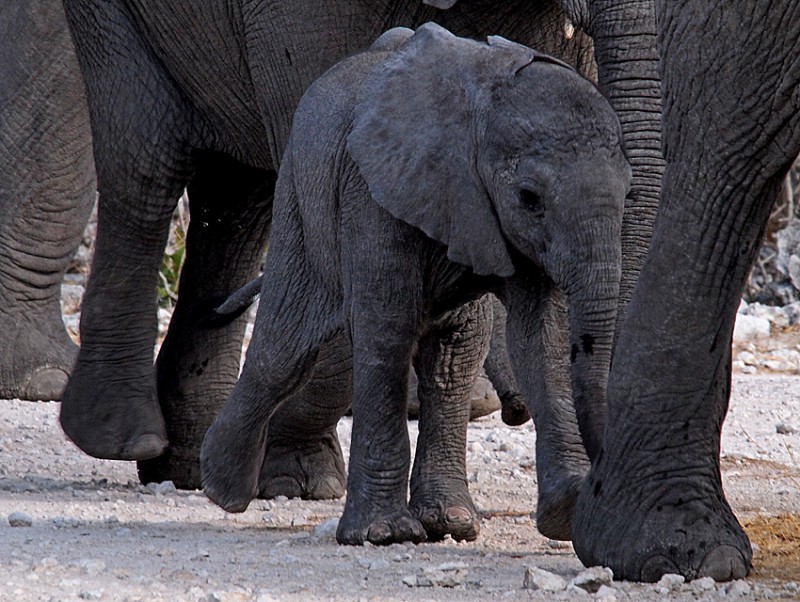 And they kept on coming. One after the other on that small forest path. We continued counting. …16, 17, 18… 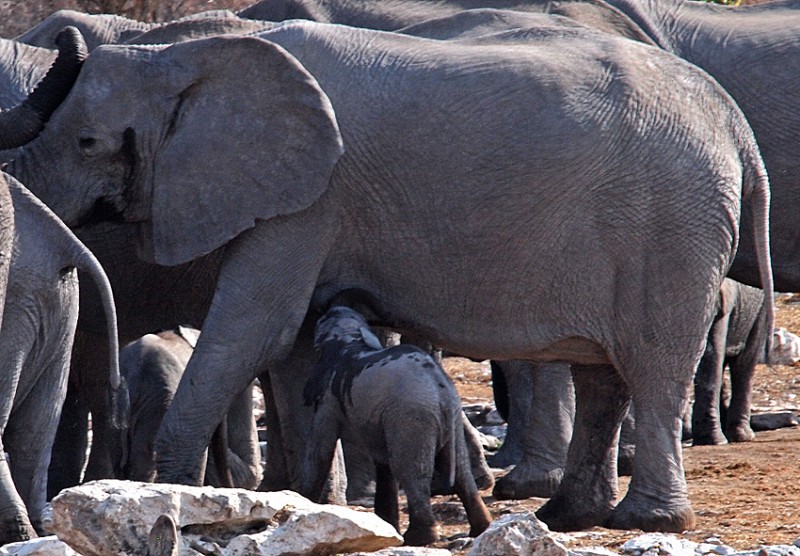 …until we lost count. Our best guess is that it was some 50 elephants that visited the waterhole at Kalkheuwel that evening.

They say lion is the king but I doubt it. At the waterhole the elephant is the king. Before the elephants came we wondered why no animals were drinking water. They were all  standing at some distance. Later we understood that they were waiting. Elephants drink first.

Elephants have no enemies (except for us humans of course…), at least that seems to be the truth for grown-up healthy elephants. A lion may take calves or weak individuals but they don’t go for a big healthy elephant. 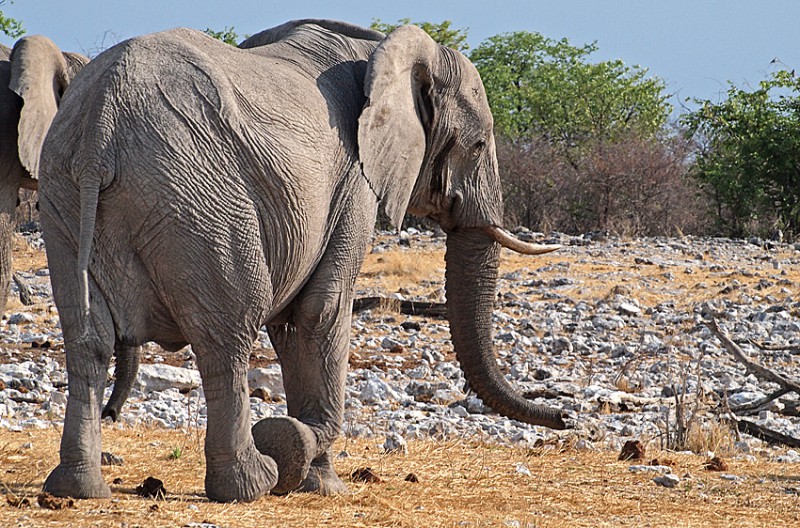 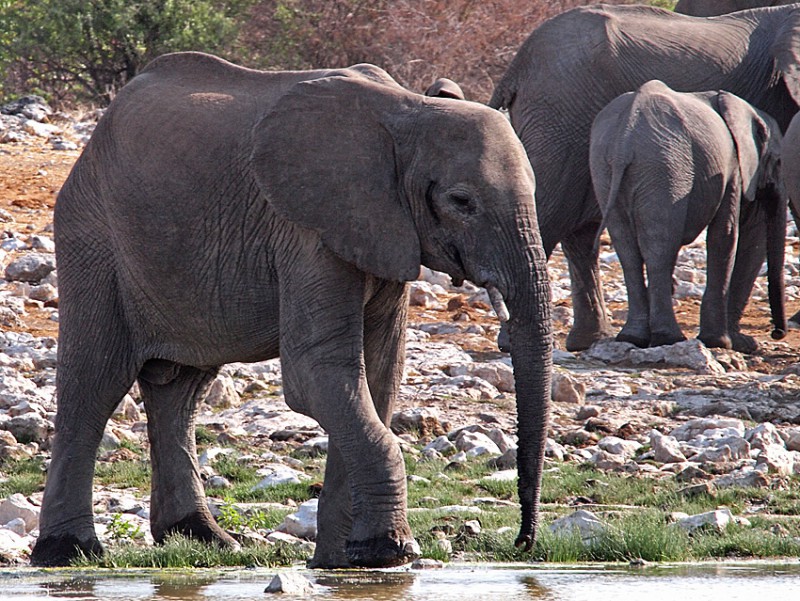 Elephants have larger brains than any other land animals. Their brain is similar to that of humans in terms of structure and complexity. Elephants are considered to be very intelligent with their behavior including grief and compassion, self-awareness, making music, art, altruism, use of tools etc. 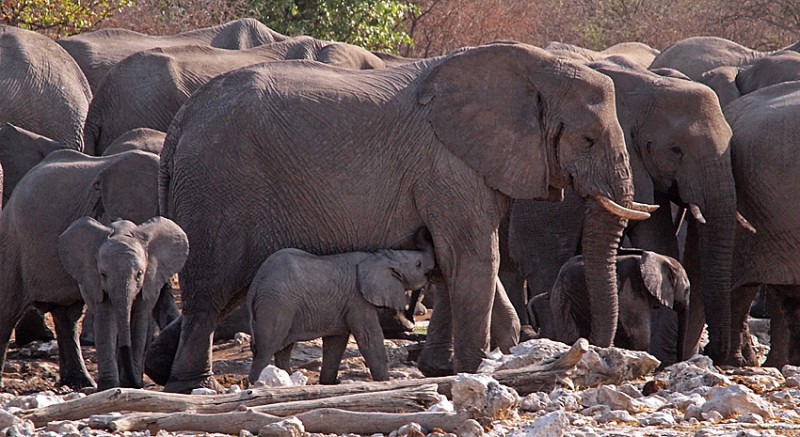 An example of their intelligence is a test where a mirror is put in front of an elephant. It was proved that the elephants recognize the fact that the mirror image is their own self. That ability is thought to be the basis for empathy, altruism and higher social interactions and this is an ability that elephants share with humans, apes, dolphins and magpies (!).