Tuesday morning 26 December. School year is just about to end and it is time for the awards at St George’s Diocesan School. 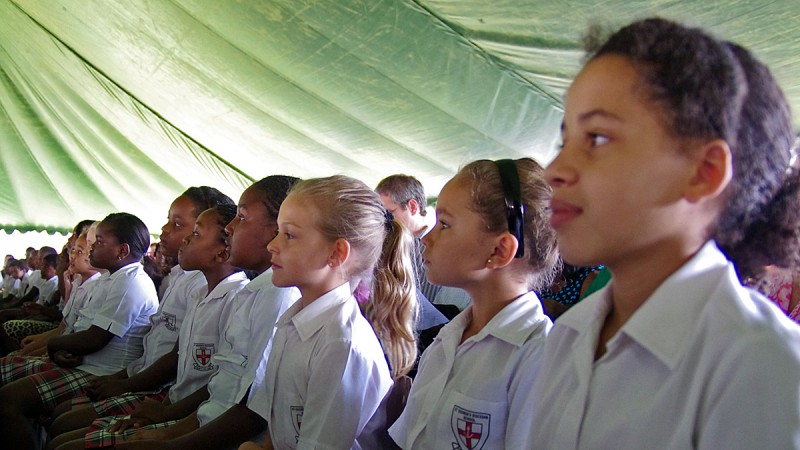 This is something we are not used to from Sweden. With the Scandinavian “Law of Jante” it is not quite appropriate to pay attention to individual achievements.

We started by singing the St George’s school song. Also a bit non-Scandinavian…

This day was awarding grade 1 to 3 and in these lower grades everyone gets an award, an appreciation for the work they put in during the school year. There a lots of different kinds of awards to suit the individual achievements. So non-Scandinavian… But I like it!

With Hanna in grade 3 we had to wait a while but her turn came. 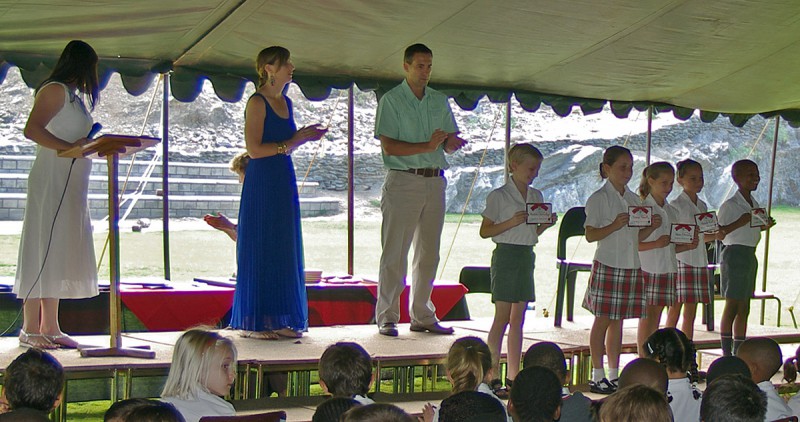 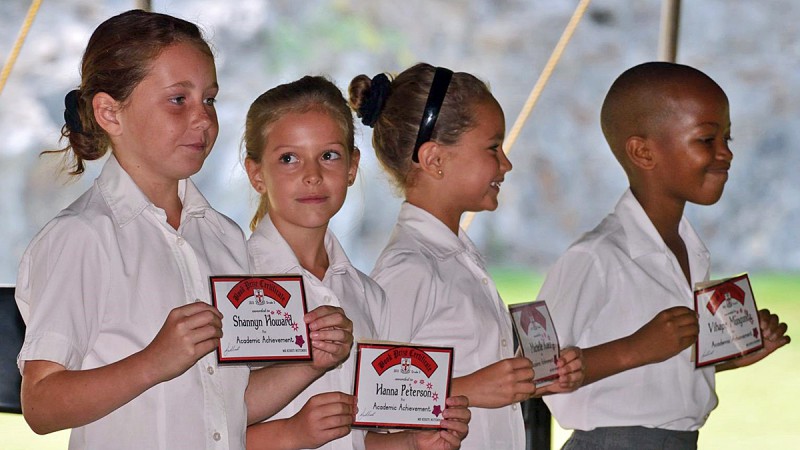 And a nice photo by my friend, the professional photographer Simon Wilkie, Mubasen Film & Video Productions. 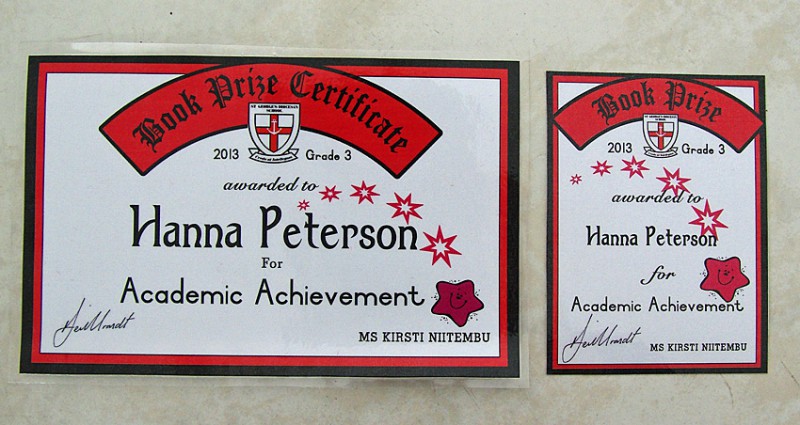 Hanna was very glad for the book prize! 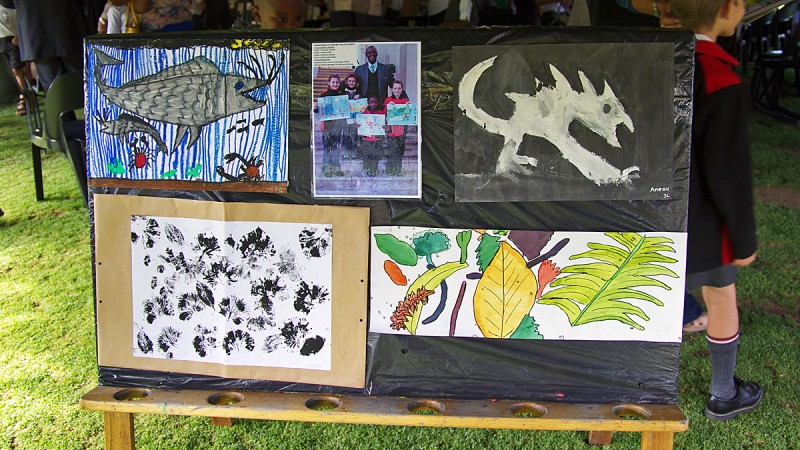 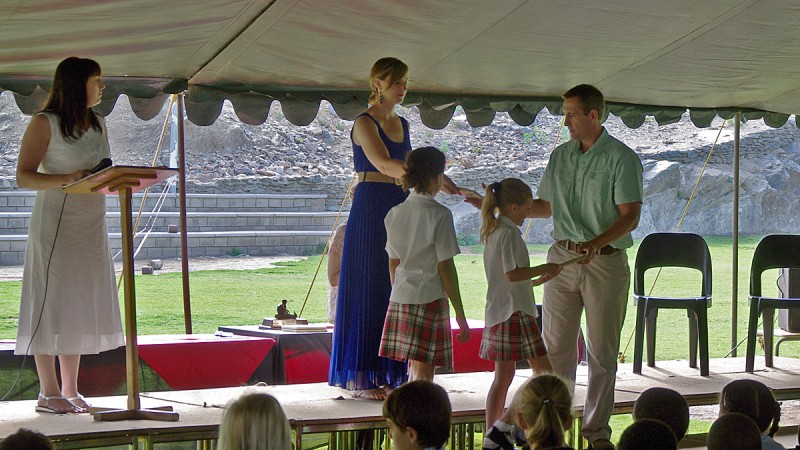 …to our surprise Hanna was called for a second award! Award in “Art & Pottery” to Ekujami, Mushili and Hanna. 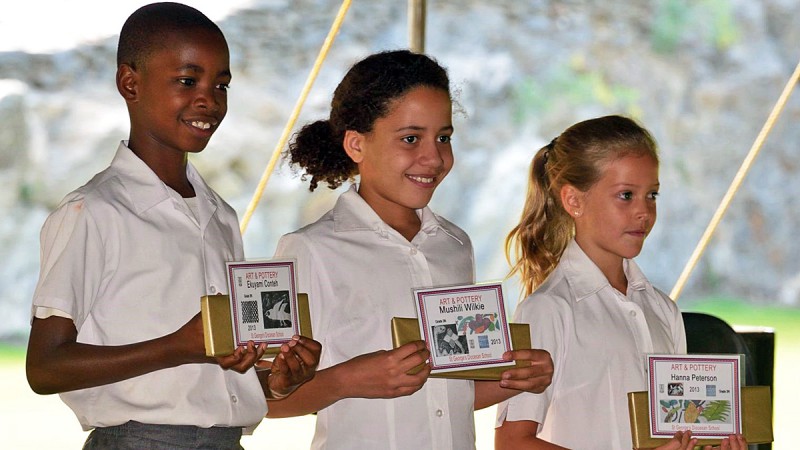 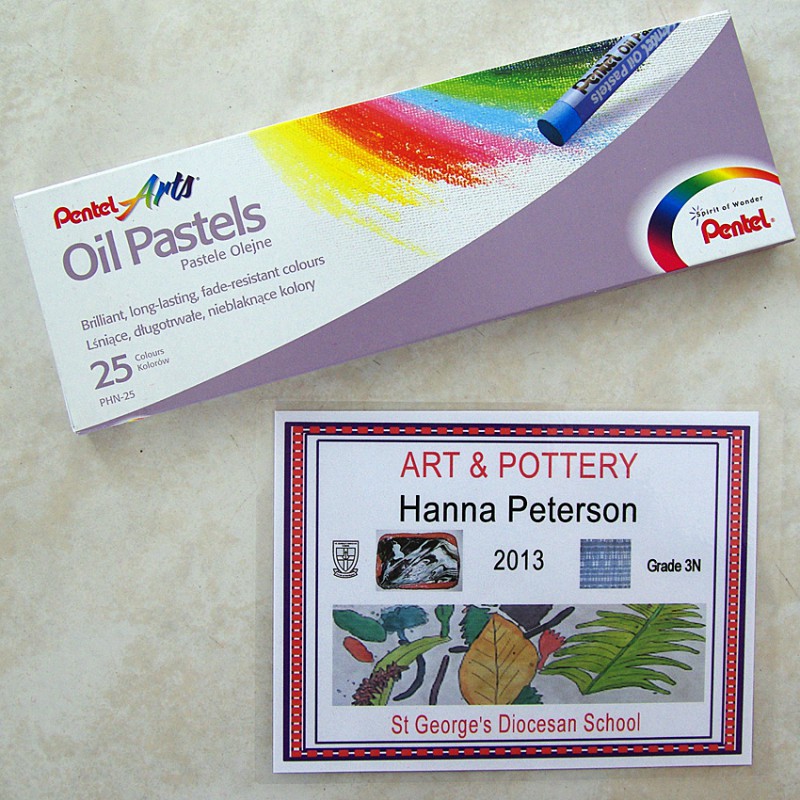 And a nice box of Oil Pastels! 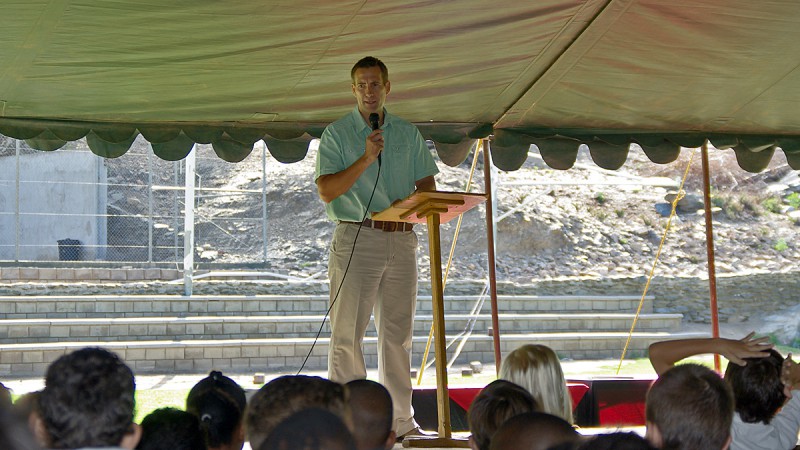 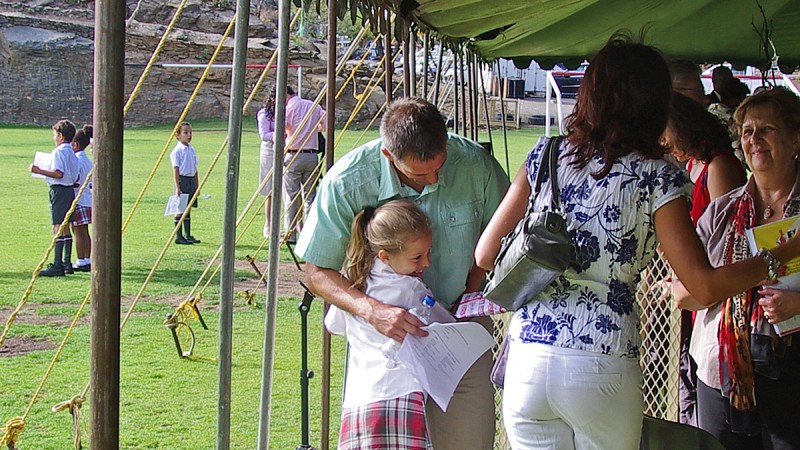 Thanks Dawie and thanks to all the teachers. You are doing a great job at St George’s Prep School! 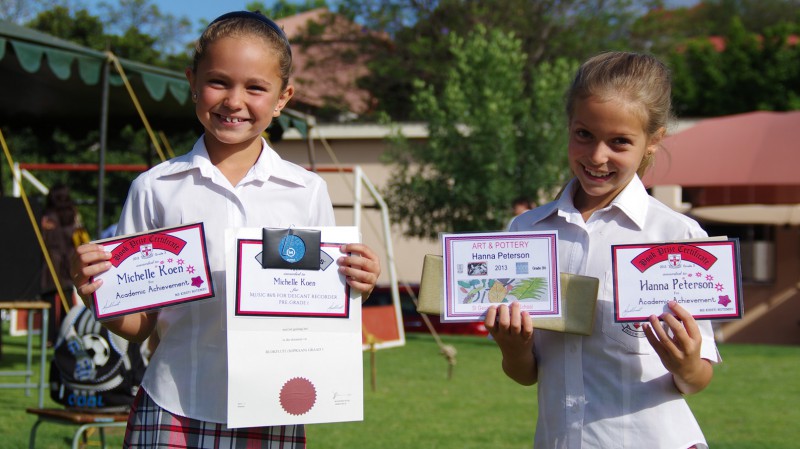 And Michelle and Hanna are very proud and happy!