Back from Robben Island we decided to spend the afternoon at Waterfront.

In the middle of Cape Towns still very busy harbor, among the oldest parts lies “Victoria & Alfred Waterfront”. The reconstruction of the harbor began in 2007 and was finished in 2011.  It is now the most visited tourist attraction in South Africa. 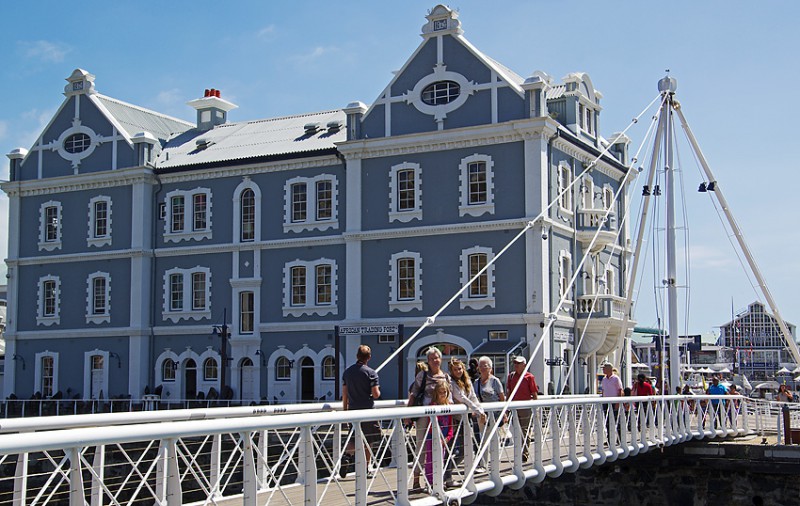 The place is beautiful, mixing old and new. 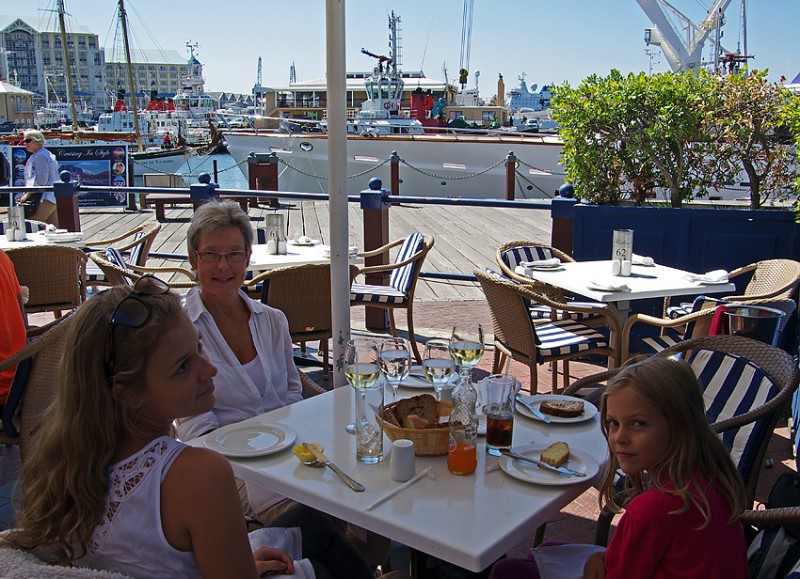 There are ever so many nice reastaurants and we had our lunch with a pretty view over the harbor and its boats. 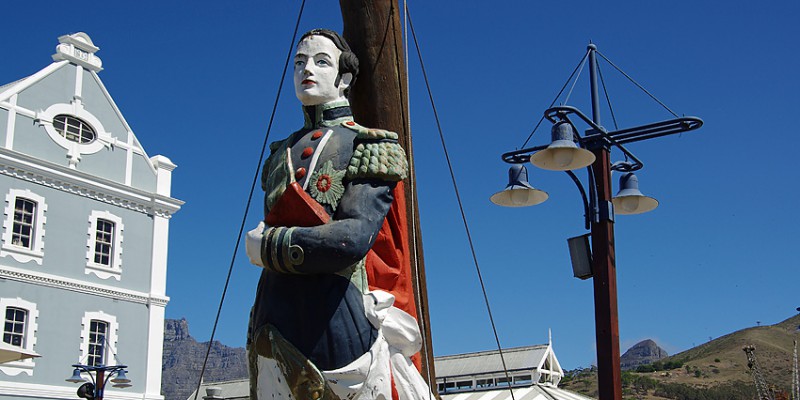 This guy we passed just before meeting “Mr Pietersen & The Guys”…

…who have been entertaining with their version of old-fashioned Capetonian Culture for more than 40 years! And, yes… I did buy their CD!

After hours of walking with more shopping… 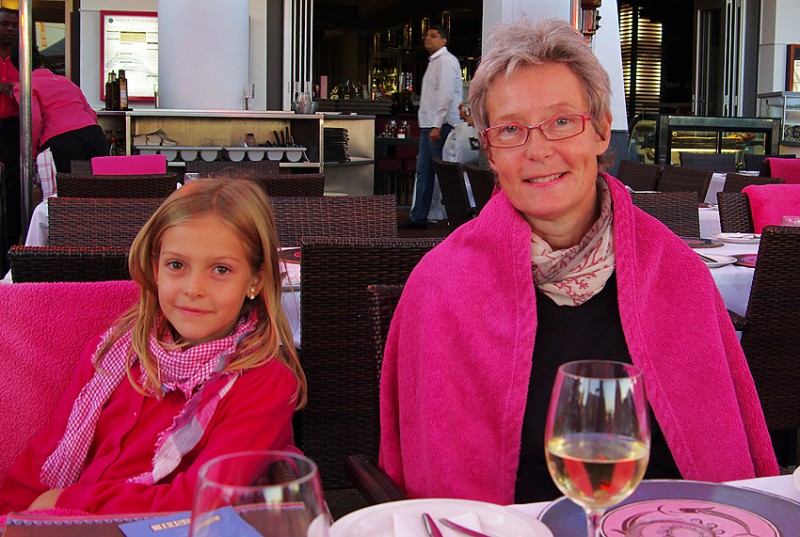 …it was good to sit down in this Greek and very pink restaurant. Cape Towns Waterfront is popular and there are good reasons for it. 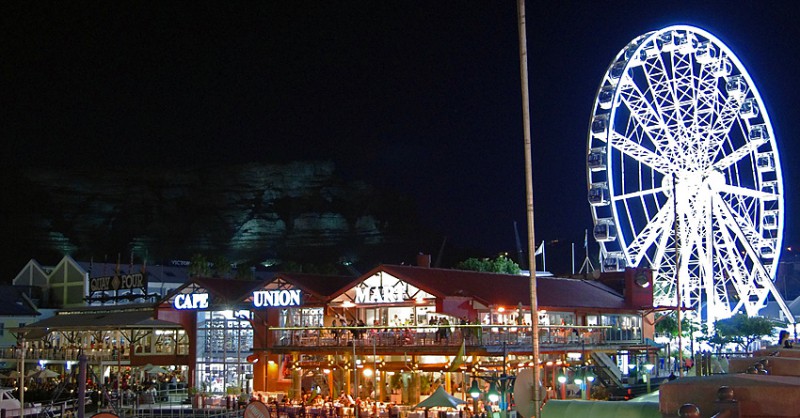