A tour on Sedina

Penguins are very exotic if you are from Sweden and in Lüderitz there is a chance of seeing them so let’s take a boat trip! 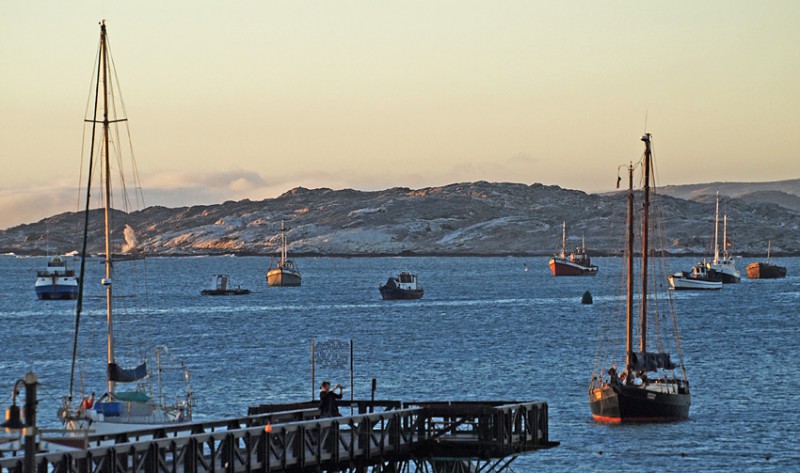 There are two different boats taking tourists and we choose to go on the old schooner seen on the picture above to the right approaching the jetty.

We started at 0800 in the morning. It was a bit cold but beautiful and soon the dolphins turned up. The picture above was unfortunately the only photo I got of them but I assure you they were doing really pretty stunts for us.

These birds uses the “ground effect” when flying. I think they are cormorants (skarvar). 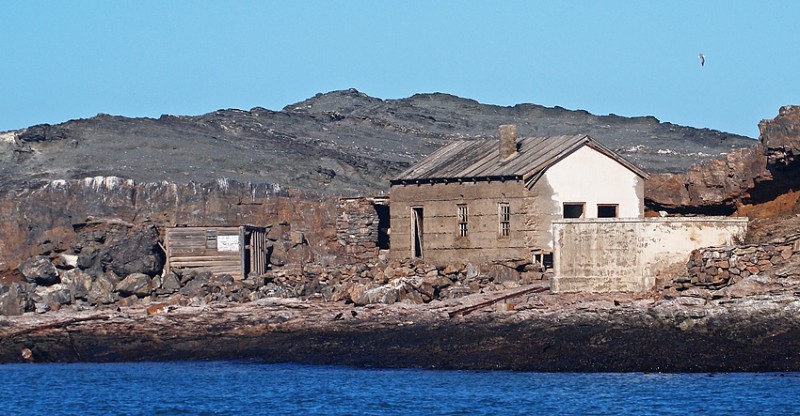 Halifax Island and the remains of a station for collecting guano (excrement of seabirds) that was an important export product in the 19th century. 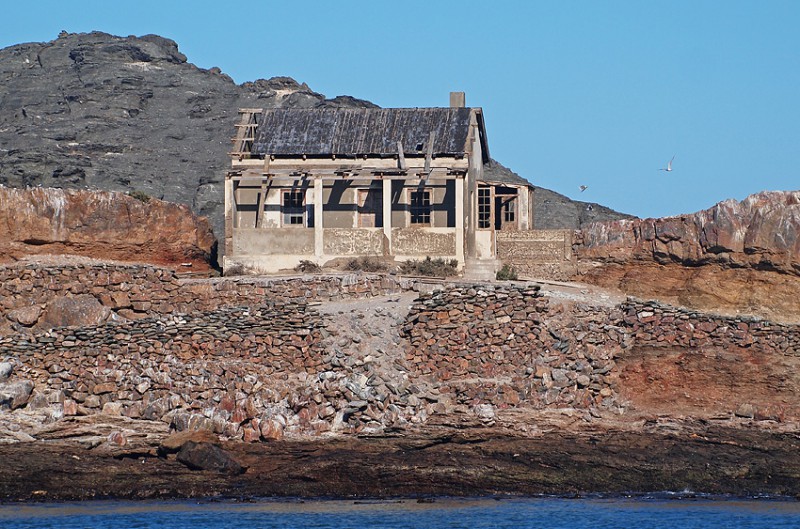 Abandoned places are always attractive, with their atmosphere of mystery and nostalgia. It’s like the ghosts of the people living here more than a hundred years ago are still there. 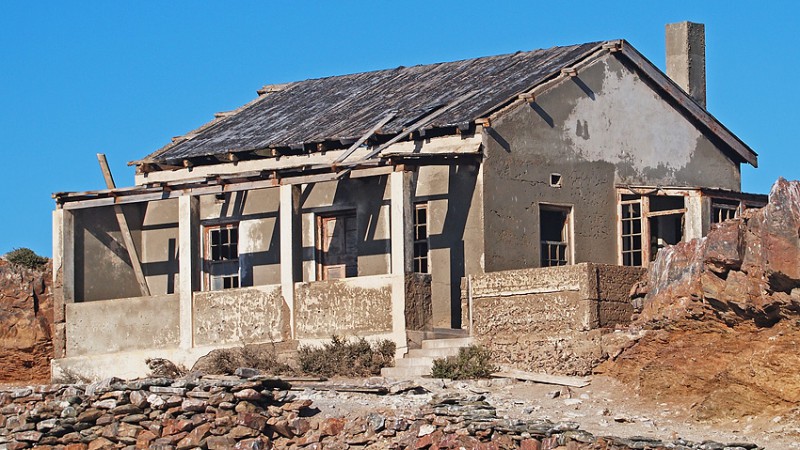 Do you see them behind the windows? 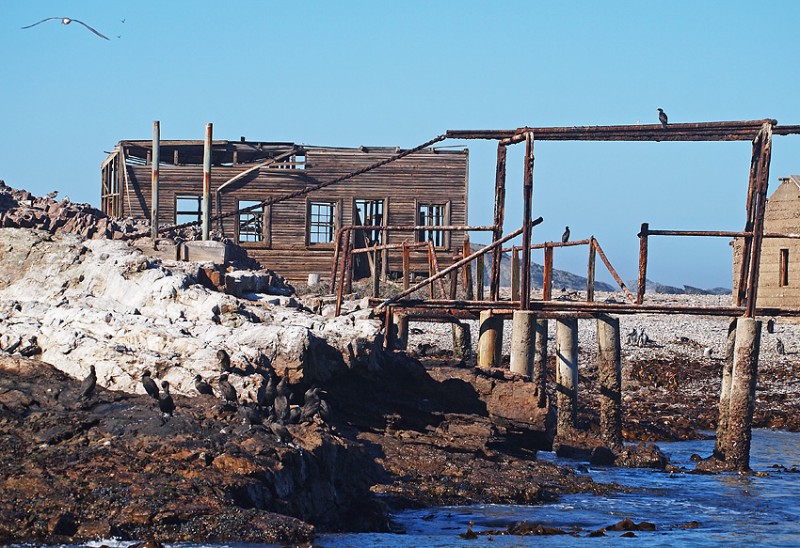 They must have been well built to still be standing after all those years of sea storms.

Here tons of guano were stored, waiting for the next ship. One of the advantages of guano is that it is practically smell free…

A tern and a gull of some kind? 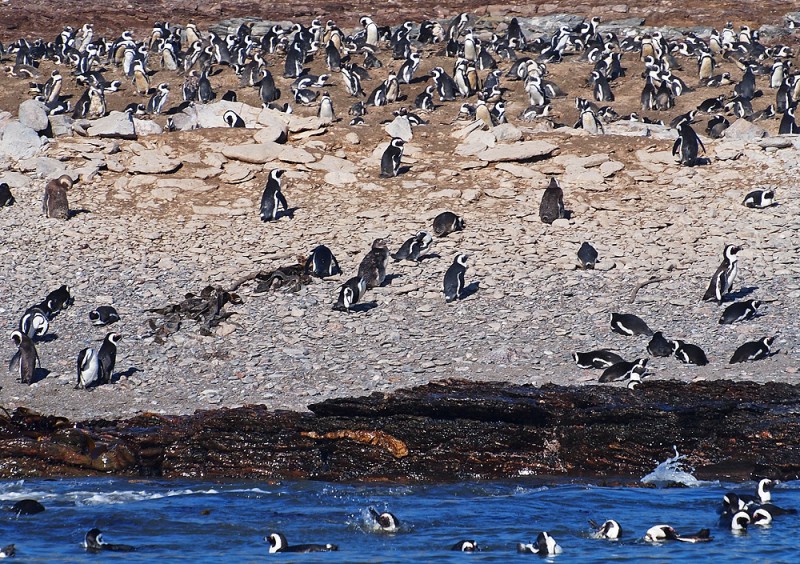 Lots of African penguins, also known as the “Jackass penguins”. 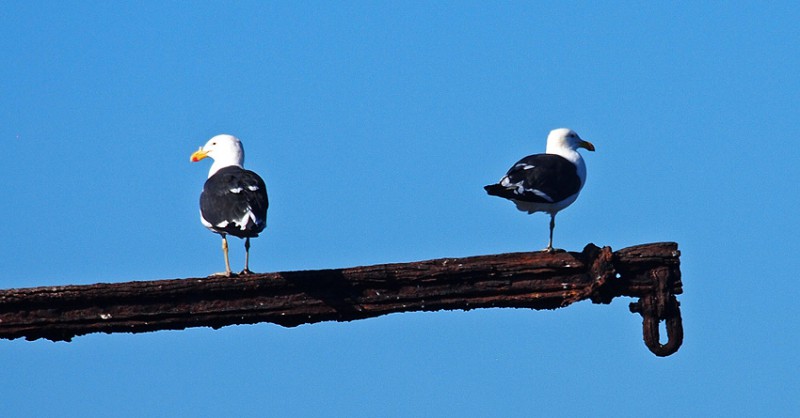 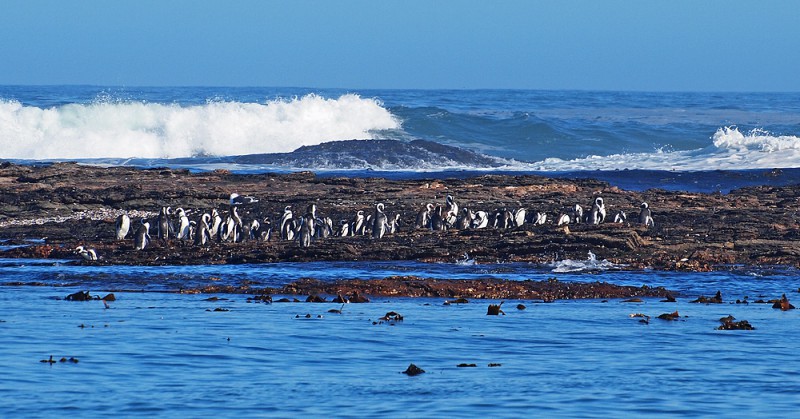 And all the penguins we hoped to see before going on this trip. 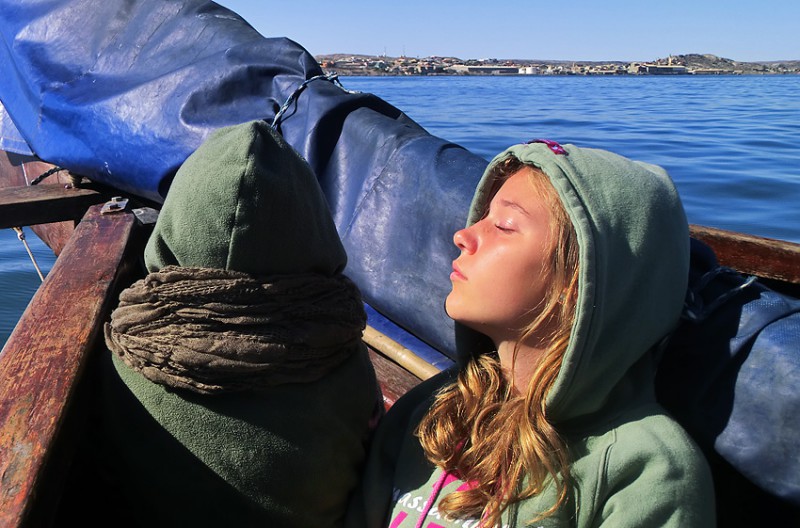 On the way back the sun started to warm us all up. It was a nice start of the day and a tour on Sedina can be combined with a visit at Kolmanskop since that tour starts at 1100.