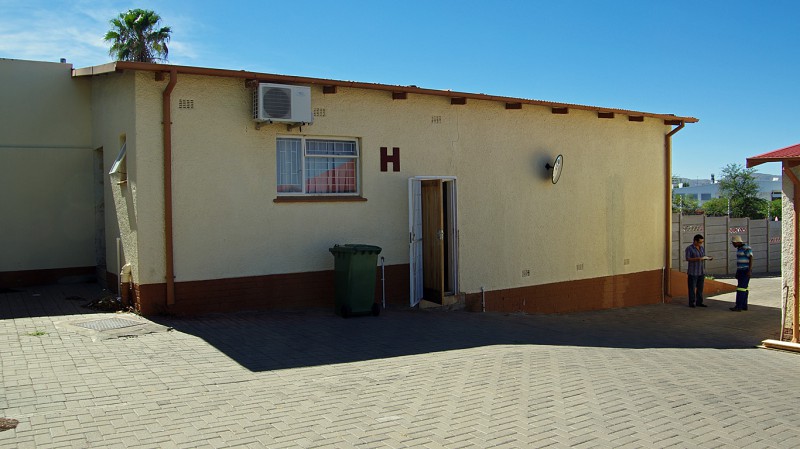 The “H” building above is the only building still remaining at the old location. It is used as an office by the construction company. 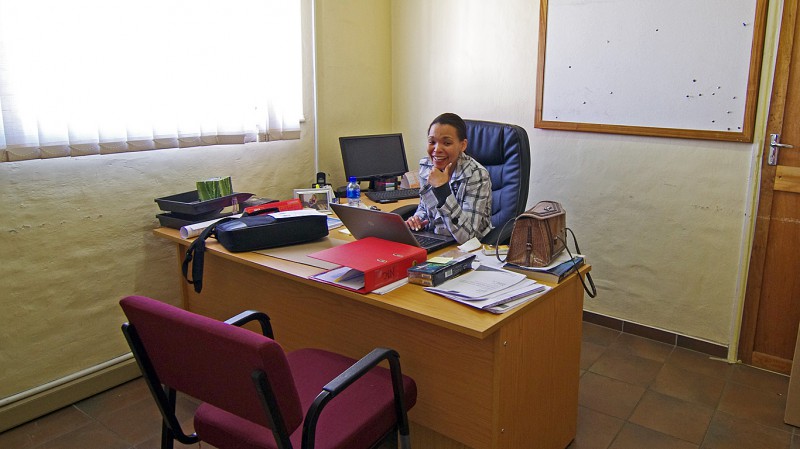 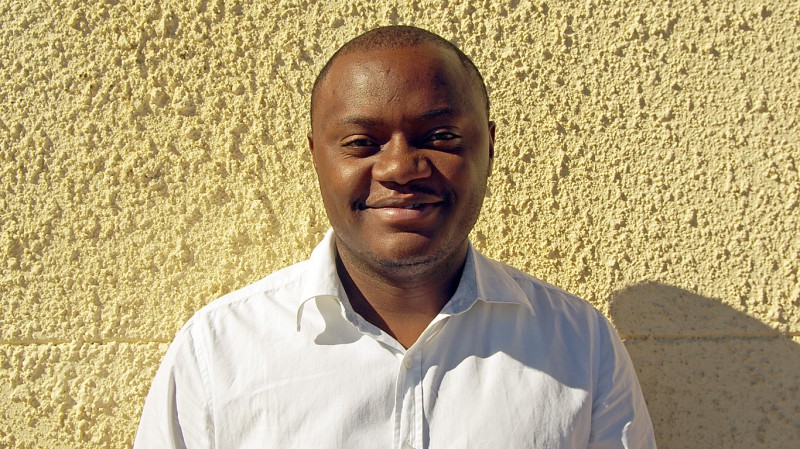 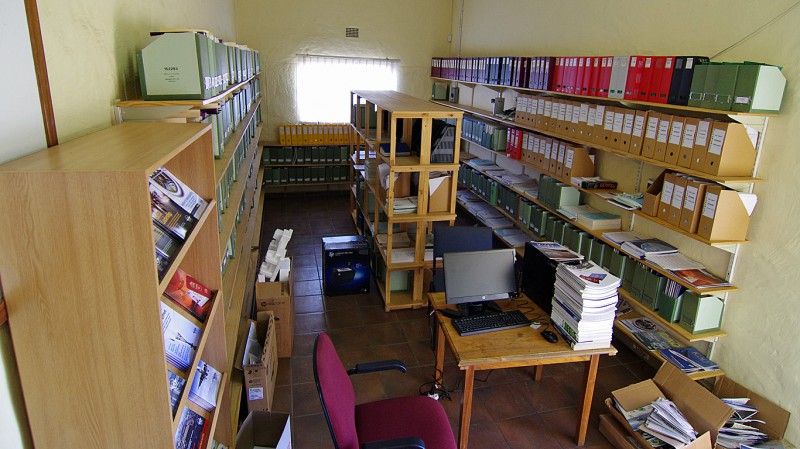 It was also the ICAO library. Immediately in front of the “H” building… 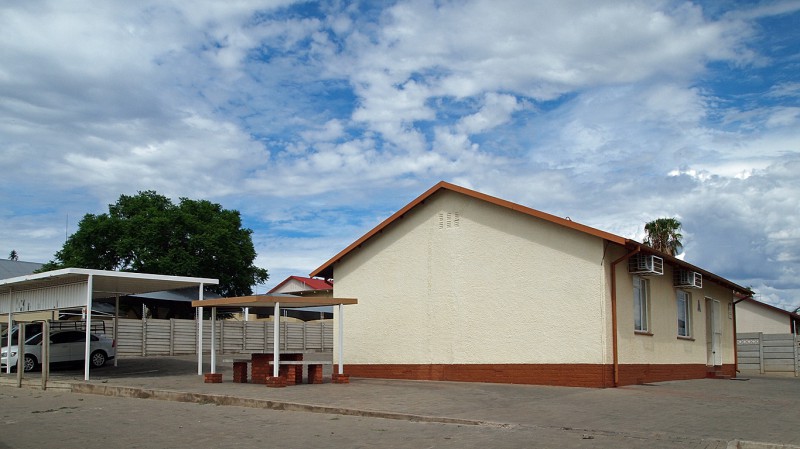 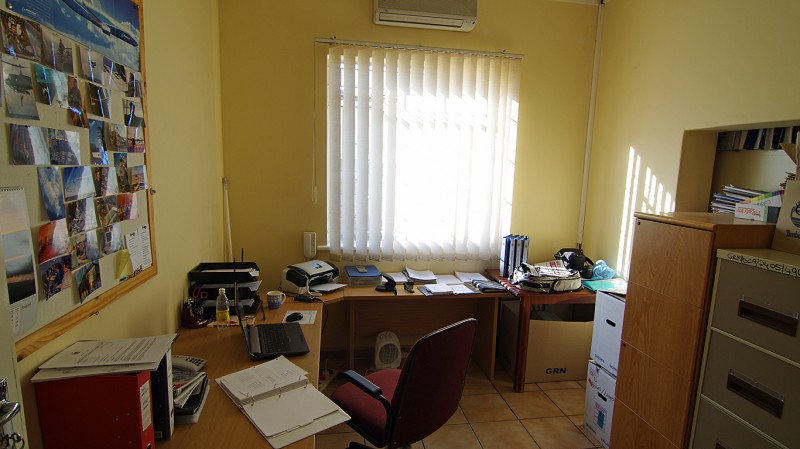 As you entered the building you came to a room that was used for “overflight clearances” but the last period it was used by ICAO ANS Experts – first Ben Hallberg and then myself. 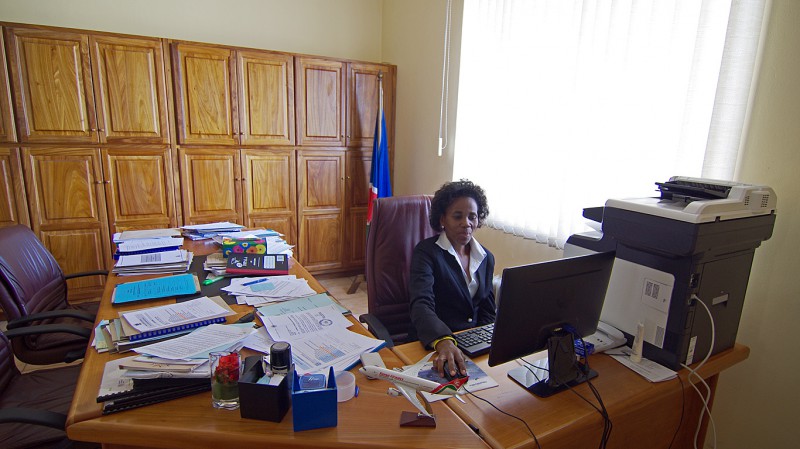 From the year 2000 Mr Bethuel Mujetenga was the Director but during a period from 2007 until 2010 he held a post in Montreal and Ms Angeline Simana Paulo was the acting Director. 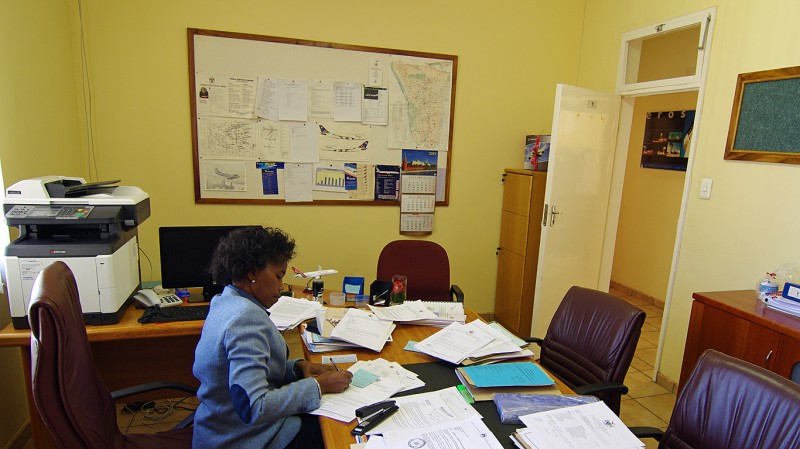 Ms Paulo returned in 2013 as the acting Director and is now the Director of Civil Aviation in Namibia. 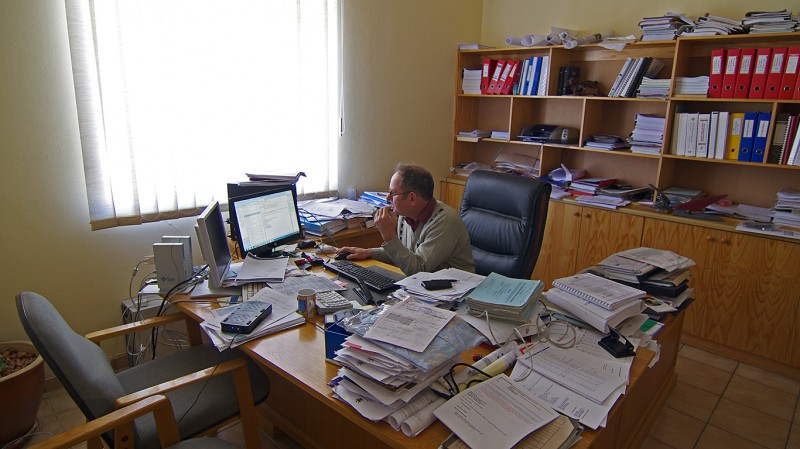 In 1991, Mr Gernot Riedel became the first Deputy Director of Aviation Administration and Navigation. He resigned in 1994 and in 1995 Mr Henry Ngenomesho was appointed. In 1998, The Namibia Airports Company was formed and Mr Ngenomesho became the manager for Hosea Kutako airport. He was replaced by Mr Bethuel Mujetenga who held the post until he became the Director. 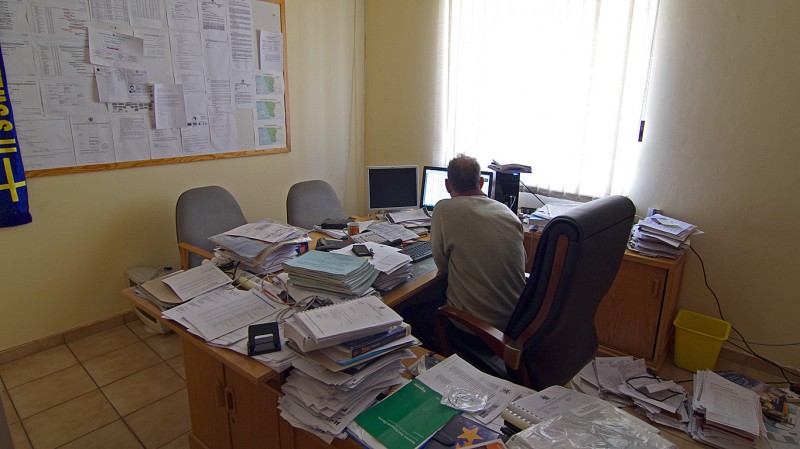 In 2002 Tobias Günzel was appointed as the Deputy Director Aviation Administration and Navigation and is still holding the post. From the pictures you can see he is a busy man and a person who is driving a lot of progress. 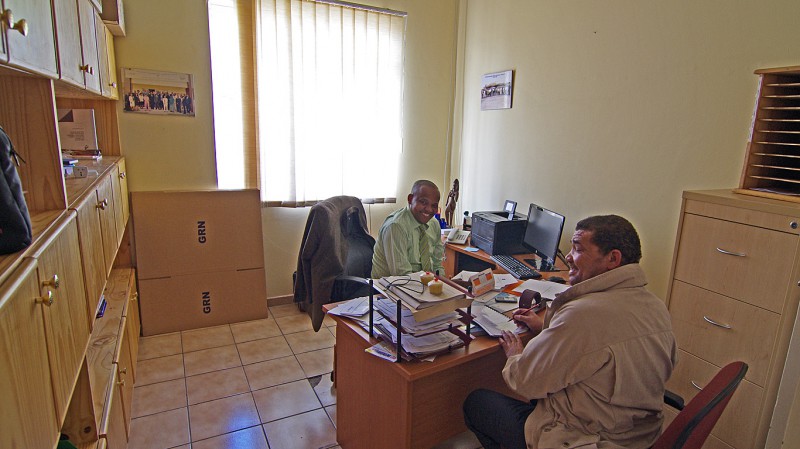 The next room was the room for the Chief Air Traffic Controller as I came here. Mr Gernot Riedel was the first CATCO of Namibia. In 1992 , Mr Sell became the acting CATCO, permanently appointed in 1994. Mr Sell held the post until late 2008. Ms Christine Eiman was then appointed as the acting CATCO until 2009 when she was replaced by Mr George Matroos. Late 2010 Mr Matroos was replaced by Mr Ben Hallberg, ICAO Expert from Sweden. Mr Hallberg assisted in the recruitment of a local CATCO and from the middle of 2011 the CATCO in Namibia is Mr Victor Likando. Shortly after being appointed Mr Likando moved his office to the ATC Centre at Eros.

After this the room was used by the ICAO Aerodrome Expert. First was Ms Jossie Swiegers. When she arrived there was only one  aerodrome inspector – Mr Simalumba. In 2011 Ms Swiegers ICAO contract ended and in 2012 she was replaced by Mr Maamoune Chakira. He is in the picture above with the section chief Mr Julian Gouws. 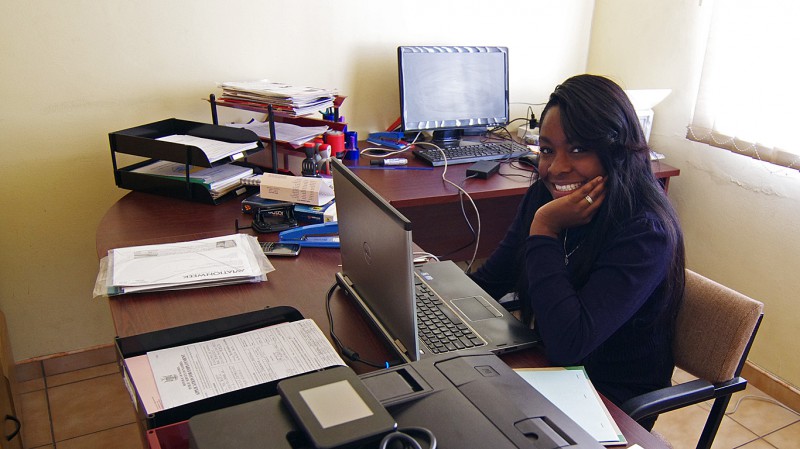 This is the room for the Director’s secretary. Above Ms Jermaine Mbako, employed by ICAO. 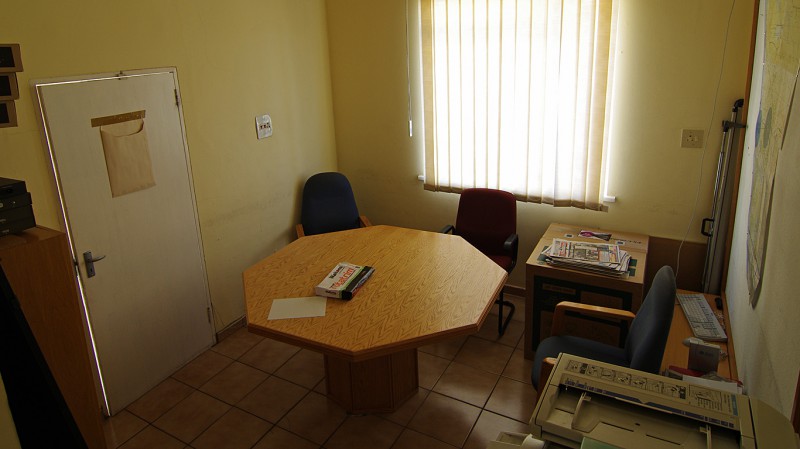 In building “A” you also found a small board room… 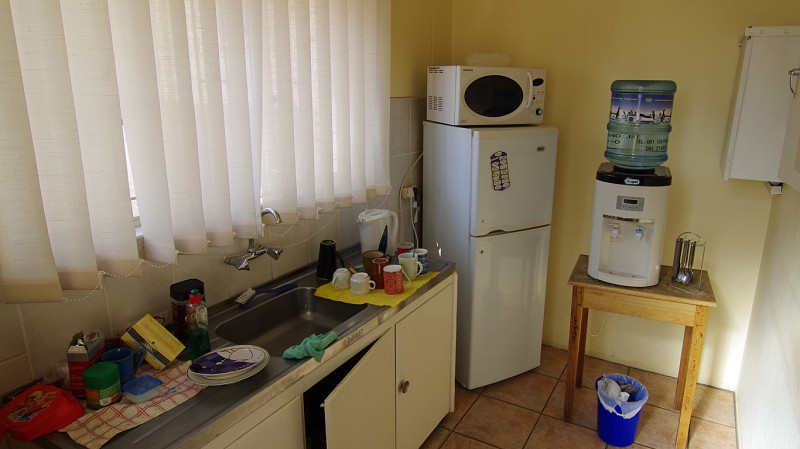 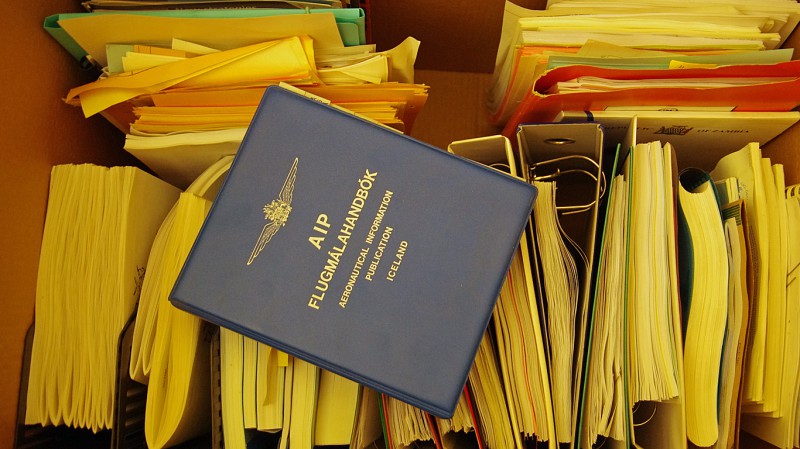 As we packed everything in this building we found this reminder of old days – an Icelandic AIP! 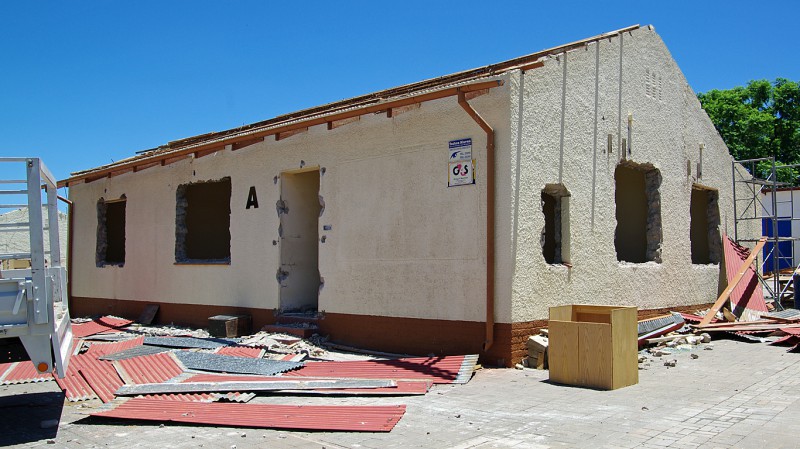 The last moment of the “A” building and of the old DCA. Things change!