We left the Damara Mopane Lodge on a Sunday and decided to visit the Vingerklip on the way home. At 50 km east of Khorixas you leave the C39 and drive south on D2473. a nice gravel road for another 19 km. You pay a small entrance fee and enter another road for a few hundred meters. The Vingerklip itself has been visible for some time already. 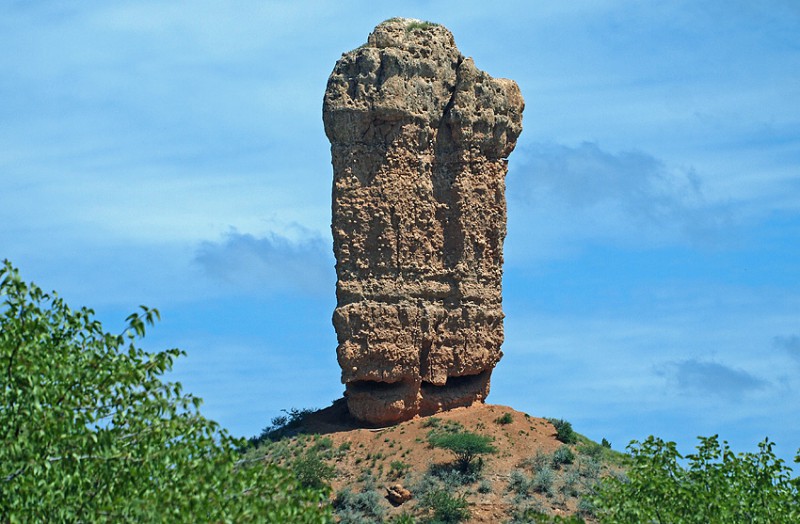 It looks really strange and you can’t believe that it came to be like that. To understand it we have to once again return to the Gondwana continent being divided some 125 million years ago. As a result of that the southern parts of Africa rose and the difference between the land and the new sea level increased.

Above is a view of the valley surrounding the Vingerklip. Here is a river called Ugab. Today Ugab is dry except for a few days each year. But after the split of Gondwana and for some 20 million years after that the Ugab was a magnificent river, flowing fast and with great power and it carried a lot of erosion debris leaving the river bed clean and very wide.

Later in time the sea level rose as climate changed. The flow of Ugab slowed down and debris started to collect on top of big boulders. The river was still several kilometres wide and these layers of debris became more than 100 metres thick. The debris layers contained limestone that served as “glue” and made the layers very hard and stable. 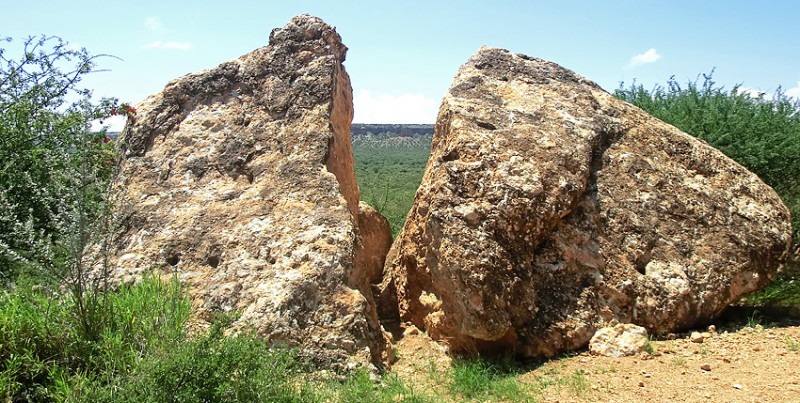 Two million years ago sea level dropped again because of the ice age in the northern part of the world. Once again Ugab became a very powerful river. Now much of the layers of debris was washed away but some of it was hard enough to withstand the flow of water. The result is the Vingerklip and other parts of this magnificent valley. 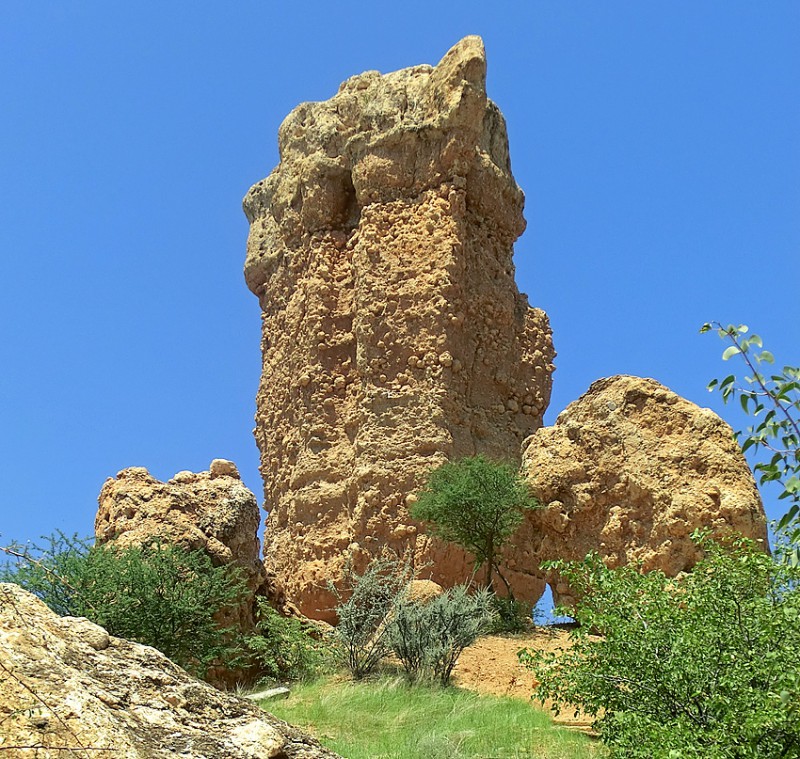 Walking up towards the Vingerklip you pass big chunks of it that has fallen during the years. You can’t help but getting a bit worried that another piece will fall just as you are coming up towards it. 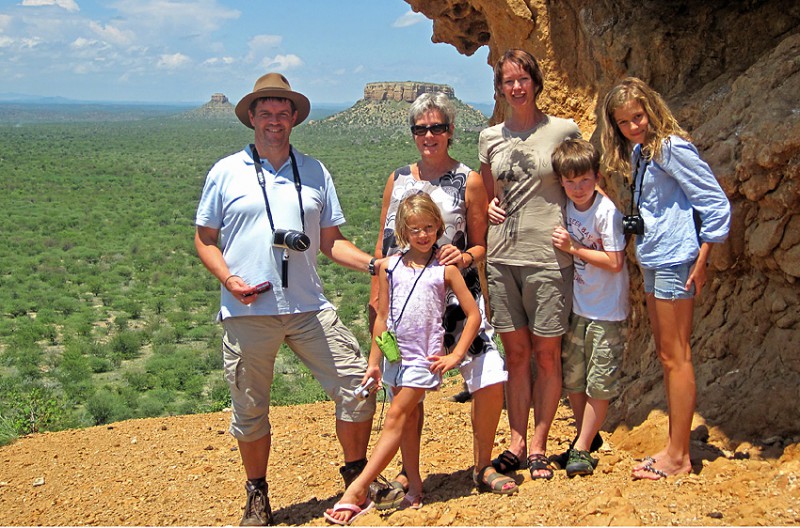 Getting up there is truly rewarding. The view is magnificent and with some imagination you can picture that large valley being a huge roaring river.

Those harder parts that weren’t washed away.

I did not have high expectations coming here but I was overwhelmed. This whole area is absolutely fantastic. Imagine it took nature 125 million years of dramatic work to give me this beautiful view. 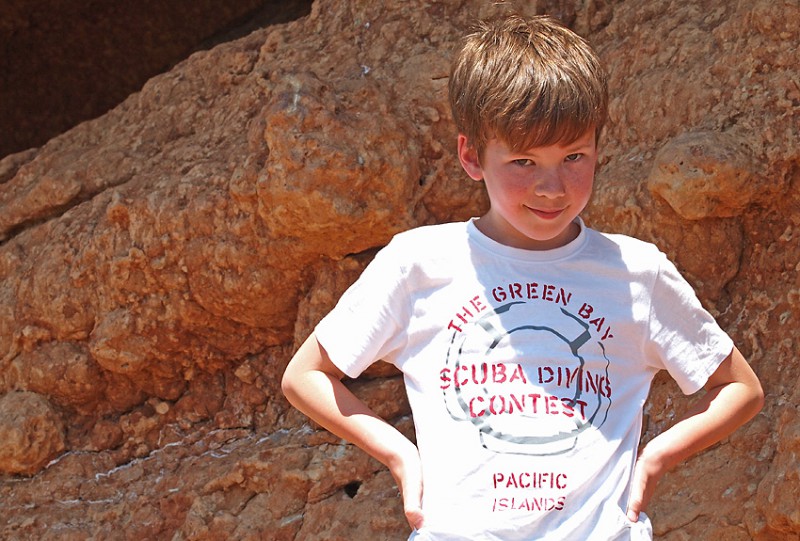 Nature is a strange constructor, right?

Look at that lodge below. Nice place to stay I guess. 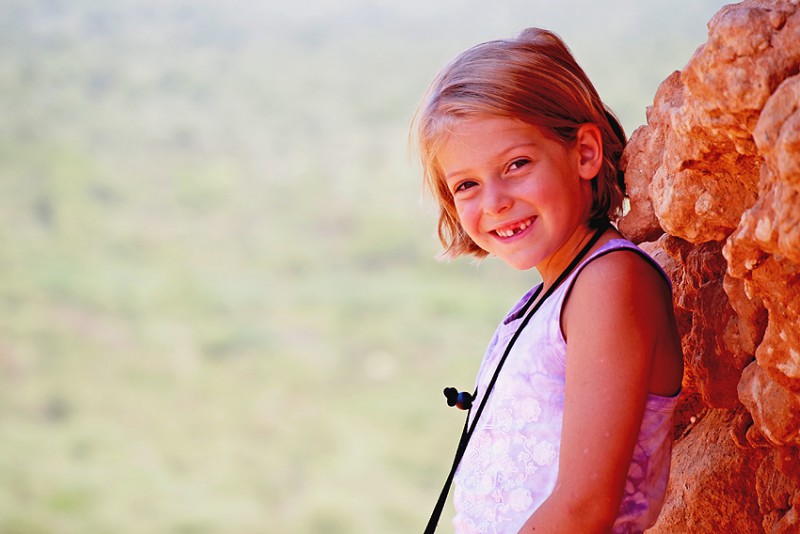 If you are passing this area don’t miss the Vingerklip. The whole area is fantastic and the 35 meter high Vingerklip almost unreal. 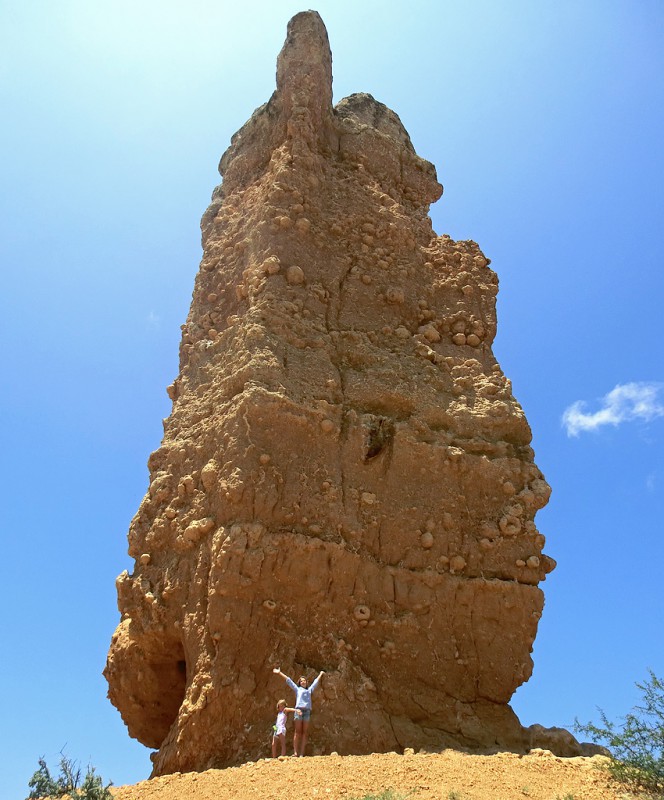