There are four antilopes called Oryx. One on the Arabian Peninsula, the other three in Africa. 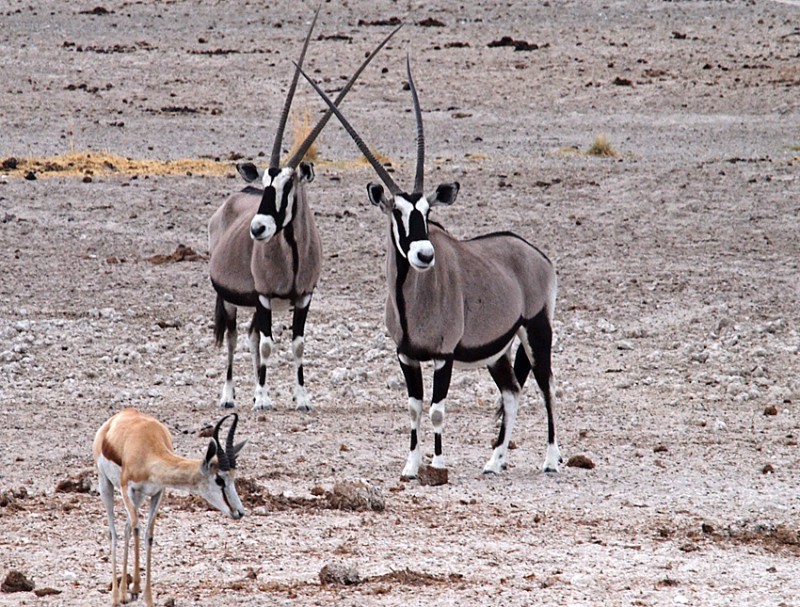 This one is also called Gemsbok and can be found in the arid regions of southern Africa. They prefer to live in “near-desert” areas and can survive for long periods without water.

Oryx is the national animal of Namibia. Oryx live in herds and their newborn calves are able to run with the herd immediately after birth.

Gemsbok are about 1.2 metres tall at the shoulder. They weigh from 180 kg for small females up to 250 kg for big males. 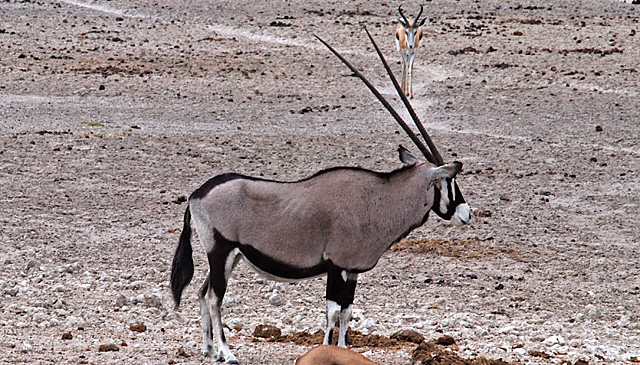 Gemsbok are light brownish-grey to tan in colour, with lighter patches to the bottom rear of the rump.  A blackish stripe extends from the chin down the bottom edge of the neck through the joint of the shoulder and leg along the lower flank of each side to the blackish section of the rear leg. Tail is also black. 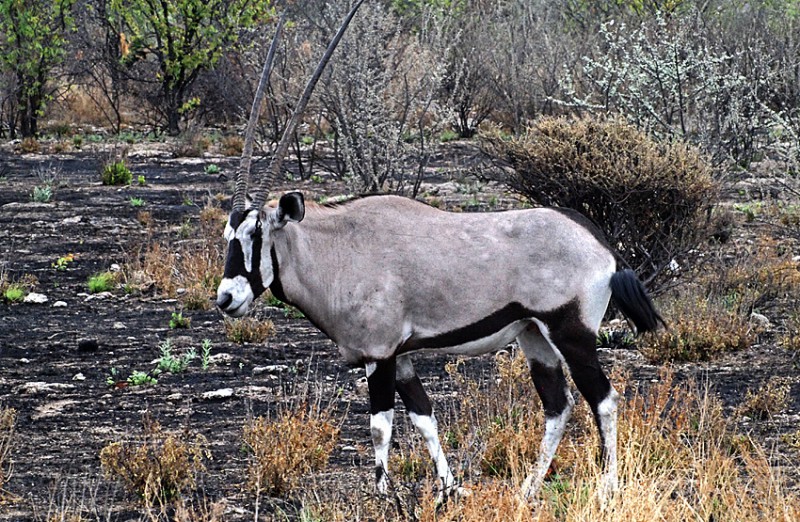 The Oryx is a powerful animal. They can reach running speeds of almost 60 kmh, but the real power lies in the horns with an average length of 85 cm. Both males and females have them. They are narrow, straight and very dangerous. There are examples of Oryx killing lions with their horns.