The Wildebeest or Gnu is an antelope. The word “wildebeest” comes from dutch meaning wild beast/cattle and the word “gnu” is an old african/khoikhoi word. You often see wildebeest and zebras together on the open savannah. This is a strategy to reduce the threat from the predators, especially the lions. The risk for each individual is reduced and with many animals the chances are greater that someone will see the lion and warn the others. 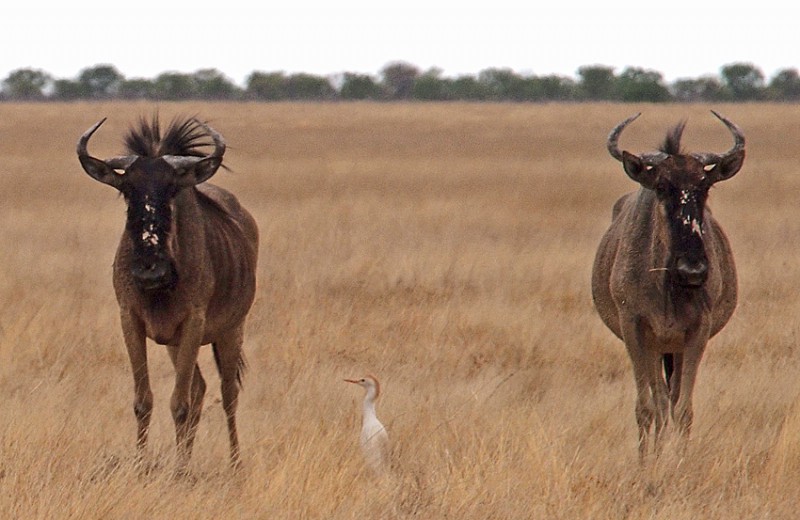 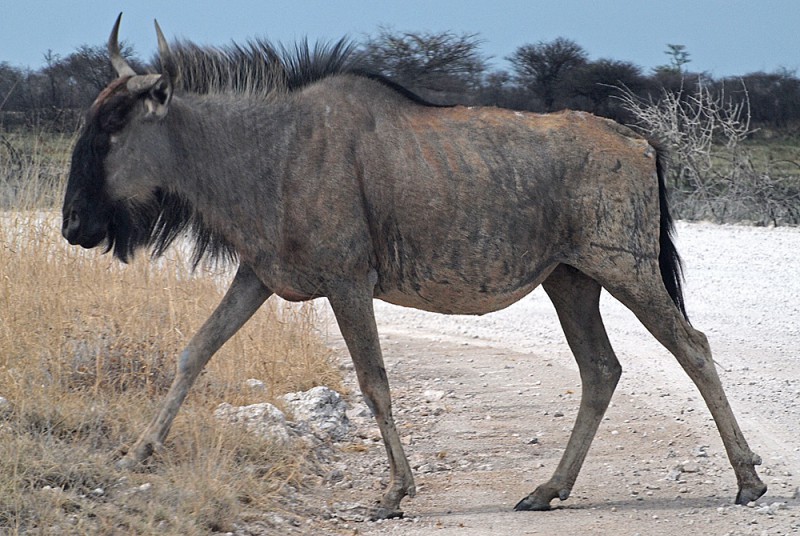 Wildebeest migrate over large areas during the year in search of places with enough water and of grass with high enough nutrition.. Farming and fences have reduced that possibility in Namibia and that is the reason you no longer see the really big herds of wildebeest in Namibia. 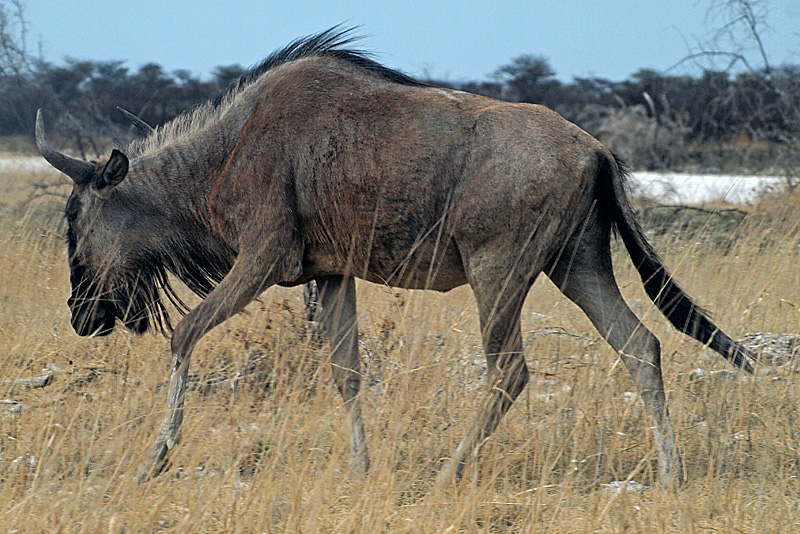 Wildebeest gather in herds for protection with the younger animals in the middle. The older animals are on the outside and their power and horns make them capable of causing severe damage to a lion. Lions prefer attacking individual animals outside the herd. Within the herd there is a cooperation so that individuals takes turns for sleeping and for keeping a watch for the lions.