Back to the brave

Namibia is “the land of the brave” and last Sunday it was time for me to return to the brave. This time it was easier to leave the family behind, knowing they will follow in a few days. I took the train to that fine airport in Copenhagen, Denmark.

This is SAS territory and as usual I put my head into the cockpit asking if they could accept some company. They could.

Of course we left the stand right on time and started taxiing for runway 22R. “- Behind company aircraft, taxi to…” 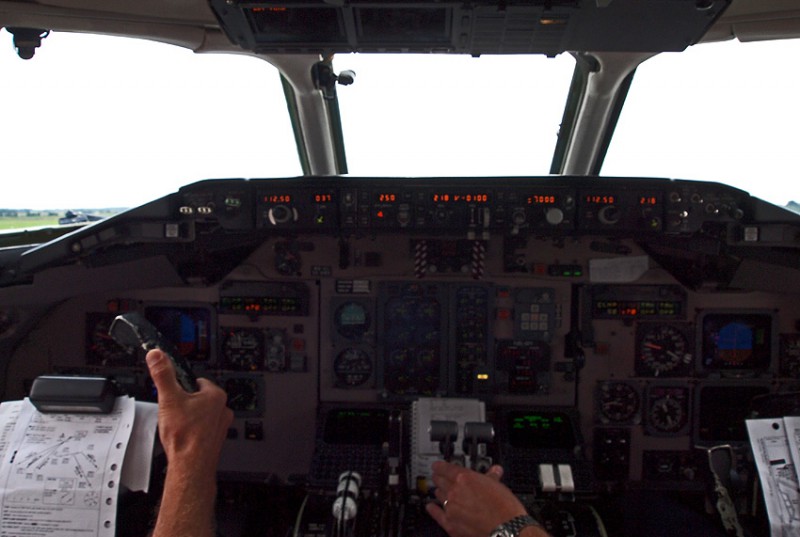 Rotate! As you can see the first clearance is for 7000 feet. 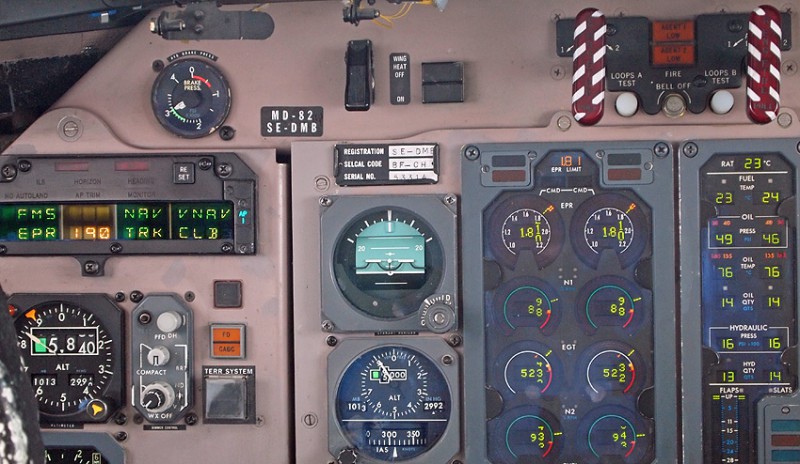 The crew was Danish but the MD-82 Swedish – SEDMB. Here 5800 feet climbing for FL190. The crew was two very happy, but also very efficient danish pilots. Their team work was great. 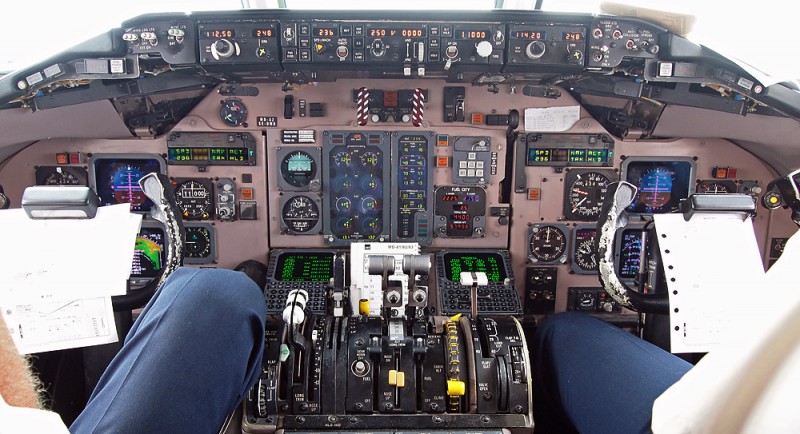 The old familiar MD80 cockpit. It will remain in SAS service for another few years, the majority flying from Copenhagen. 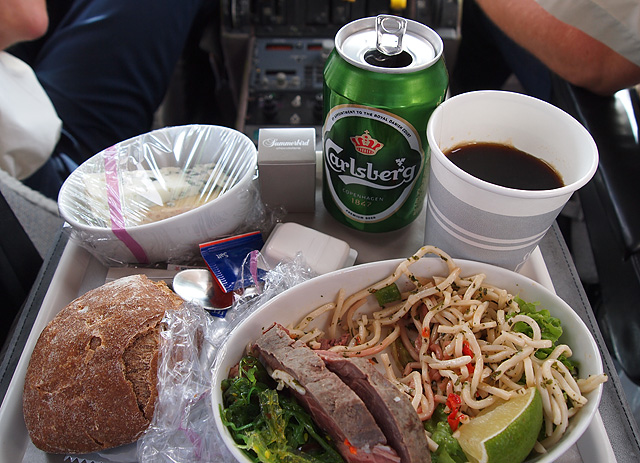 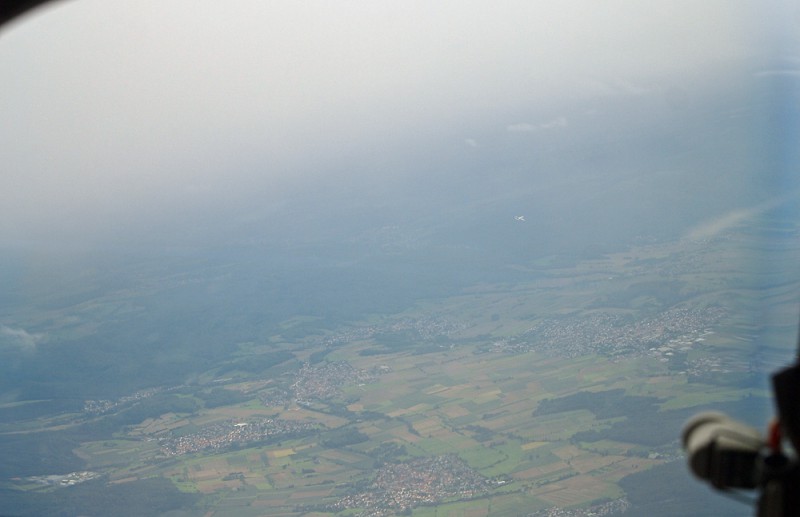 We entered Frankfurt finding a lot of clouds. We managed to avoid the darker cells and when breaking clouds on a vector for final turn we saw another aircraft 1000 ft below. Can you see it?

There it is. We were told to maintain own separation and were cleared for approach. The other aircraft was rather close but we were on different approaches. By using both parallel runways for landing longitudinal separation can be reduced and more aircraft can land on a shorter time.

On final runway 25L. The other aircraft went for 25C. You can see the new 25R on the picture, but it is not yet opened for traffic.

Rolling out after touch down. On the left hand side a could see the Air Namibia Airbus 340 waiting. Good! 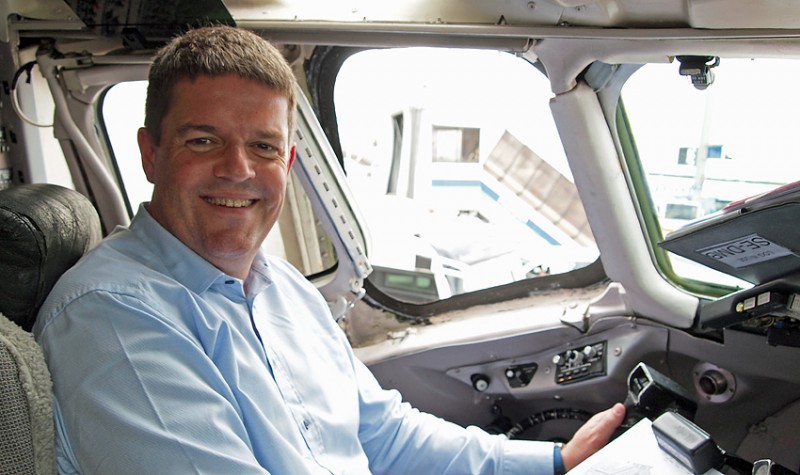 At the gate the captain offered me his seat and I took the opportunity.

After some Yakitori and a beer I started looking among all the colorful fins until I found the right one. Once onboard I showed my DCA ID-card and my ATC license and asked for a place in the cockpit. But just as easy this is with SAS it is difficult with Air Namibia so back I went…

…during the taxying I had a good view over the final. Parallel approaches continued. I never saw less than three aircraft on final and up to five. You should see four on the picture. Finally there was a gap for a slow A340 acceleration on runway 25C.

After take off a left turn that gave me this nice view of the airport.

Still some clouds so the crew did some smooth turns to avoid with the beautiful August moon as a witness. After finishing my dinner I did a new attempt and after some discussions the door opened. 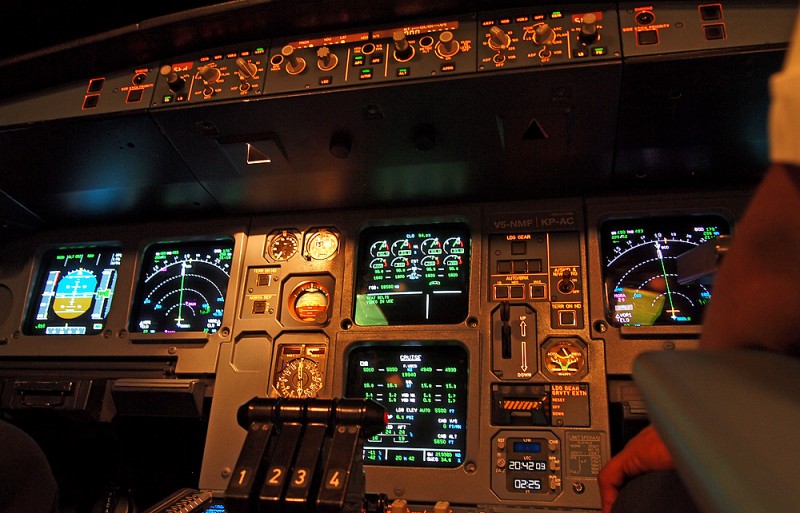 Once in the cockpit i met friendly people that were very curious to hear me tell them about our surveillance project, about Eurocat, radar, WAM and the training program.

We were flying over northern Africa and had several questions about when we were able to reach a higher level. In procedural airspace there was obviously a great demand for the level we occupied. With a promise to sit in cockpit during approach I went back for some sleep.

I returned an hour before landing but had to struggle a bit to get in. When I finally managed we had just passed Grootfontein and I could see Otjiwarongo on my right side. Soon I could also see the lights from Windhoek and the airport left of it. We were almost alone in Namibian airspace and headed for 10 miles final runway 26. I heard Air Berlin checking in a quarter or so behind us.

What you see above could be a nice piece of art but is actually the lights from Hosea Kutako International. Some aiport lights, the runway and the approach lights for runway 26. It is hard to keep the camera still, especially since there were some wind and turbulence.

6 Responses to Back to the brave