Yesterday it was flying time again. After the “first day of training” I had to hurry for my flight with SW285 to Fankfurt. Air Namibia’s Airbus A340-300 was waiting for me…

I tried to get in to the cockpit from start but had to wait for a while. After dinner I did a new attempt and this time I managed. 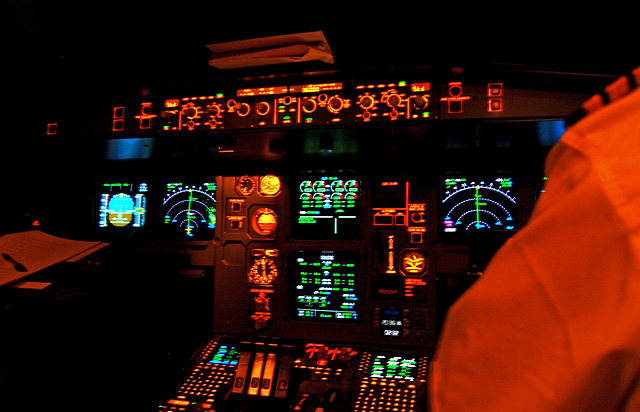 By now we had left Namibian airspace. Ahead of us was the light from Luanda. The Angolan airspace is “information airspace”. So I was puzzled by the radiotelephony:

To me that sounded like controlled airspace but according to the pilots it was just a “polite communication”. I continued listening and noticed that there was quite a lot of “information” as well. Pilots informed each other carefully of their positions, estimates and levels.

I had a nice time in the cockpit, spending some of it briefing the pilots on the surveillance project. They were happy to hear training had started and look forward to flying in surveillance controlled airspace in the near future.

After a few hours on the big airport in Frankfurt I found myself on a bus that was driving to find my flight for Copenhagen.

Most of the airplanes looked like these, but after some time I saw this familiar sight; 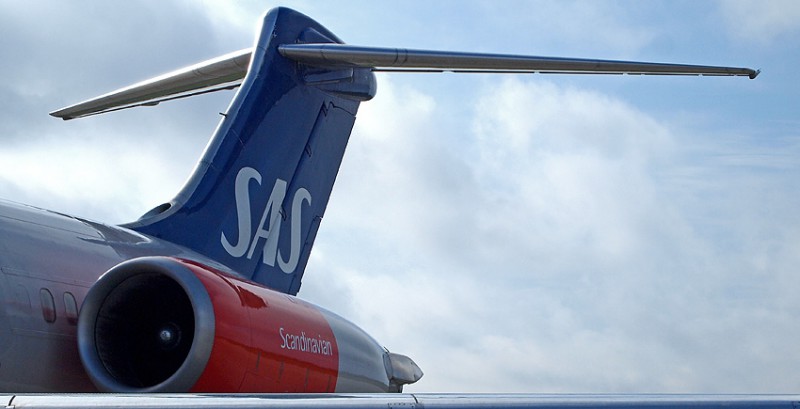 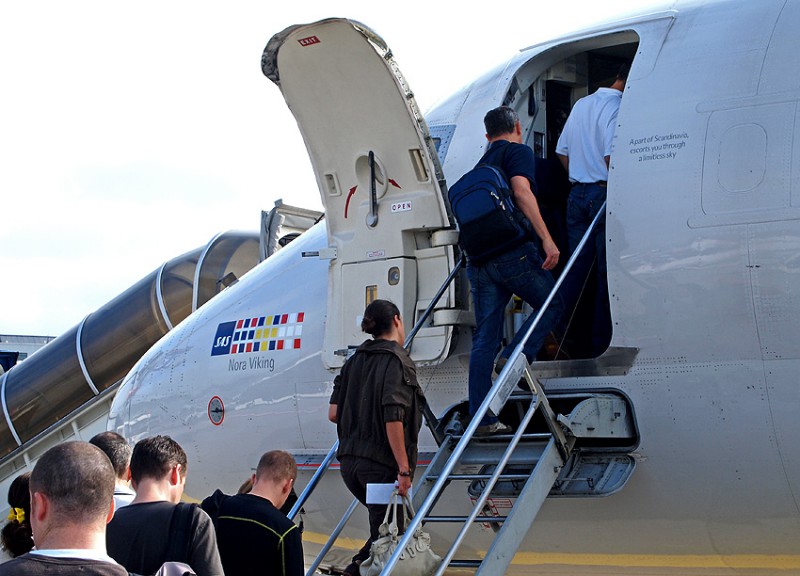 “A part of Scandinavia, escorts you through a limitless sky…”

Once up the stairs I turned left and asked; “- Hi guys, mind having a controller on the jump seat?” No, they did not mind! 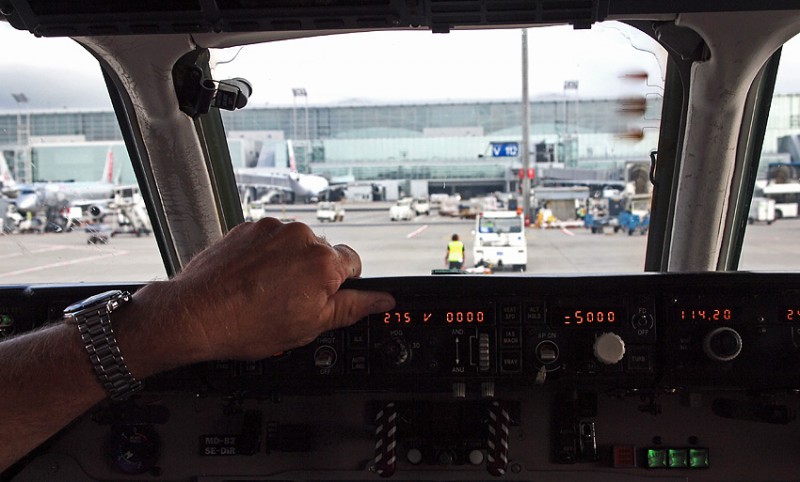 There was some waiting for another bus with the last passengers. And since I was in an SAS cockpit the pilots did not like the idea of being late. Well, finally the bus came, the cabin crew did their routine and reported “cabin clear” and we began the start-up.

This is an efficient airport so our request for taxi gave a very quick response with the shortest possible taxi route.

The crew (both former Danish F16-pilots) prepared everything and when we got on the TWR frequency and were asked if we were ready, the response was a quick “yes”.

As an old TWR controller it was a dream listening to this efficient conversation. In few words everything was cleared out. There was an aircraft on final but if we were ready to go we could. From the first move out of apron the aircraft never stood still. The checklist was completed, the aircraft was rolling out on the runway, and line up and throttle up was simultaneous. The difference between taking off with an F16 and with an MD-82 is not that big after all.

Don’t misunderstand me. Nothing was done wrong or in any way dangerous. It was just an example of professional pilots and controllers cooperating and doing their job in a very efficient manner. I enjoyed it!

It was a nice flight through busy “core area” Europe. Controllers as well as pilots were all the time “one step ahead”. We were informed when traffic was the reason for restrictions in the clearances. A few times there was a slight doubt and every time the controller or the pilot asked for a confirmation. No chances were taken. It makes you feel very safe.

We still had time for a nice conversation on different flying matters – everything from the captain’s veteran Fairchild aeroplane on his farm to the advantages of having an Air Force background.

Descending through the clouds inbound Copenhagen we were told we were number one and the second we broke the clouds we saw the airport and got the clearance for a visual approach. On the downwind the captain disengaged the auto pilot for a manual flight. A short but very stable circuit brought us to a perfect final. 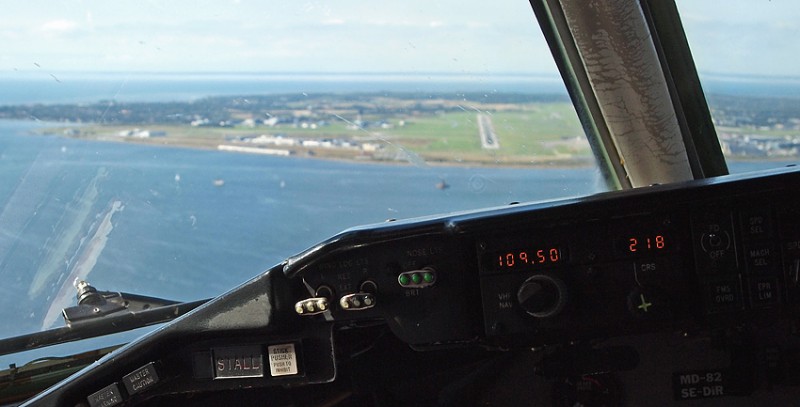 Only one thing left. A perfect touch-down! 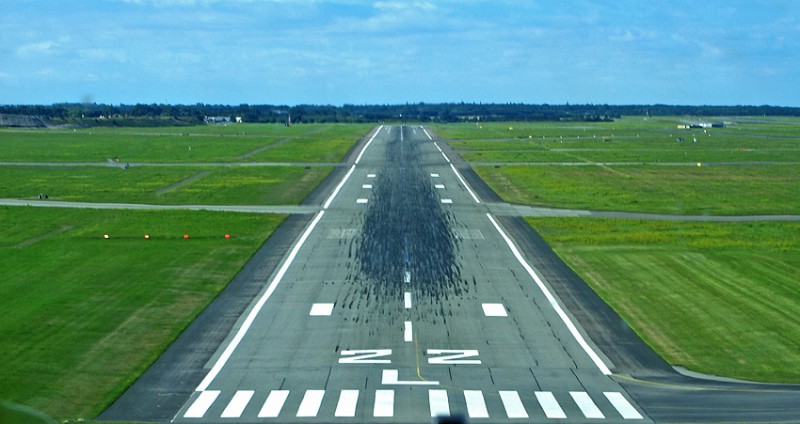 And for me – the train back home…