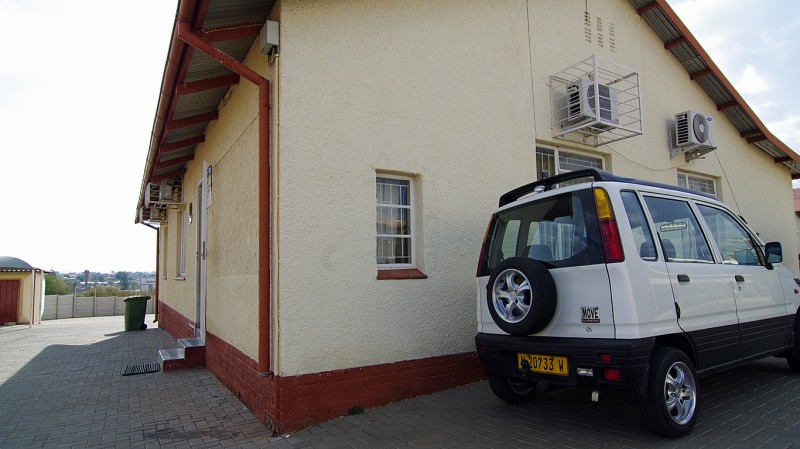 Building “B” held the offices for “Personnel Licensing”. In 2002 the only Licensing Inspector, Mr Samuel Madaba was from Uganda. His contract expired in 2004 and he joined NAC. 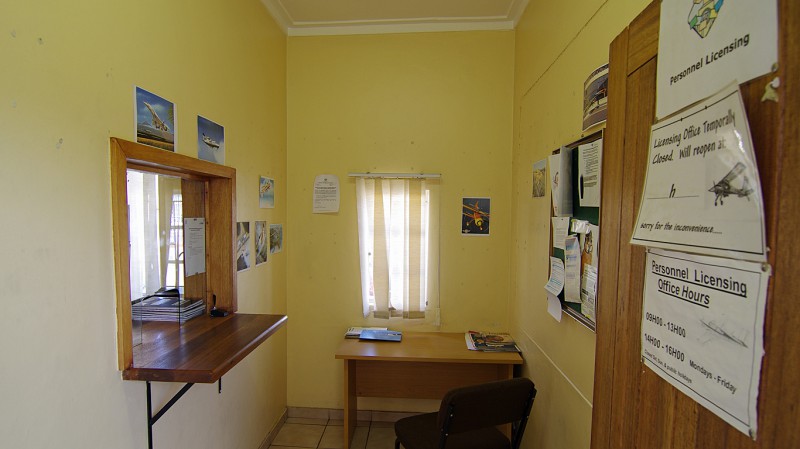 Above is the waiting room for visitors. 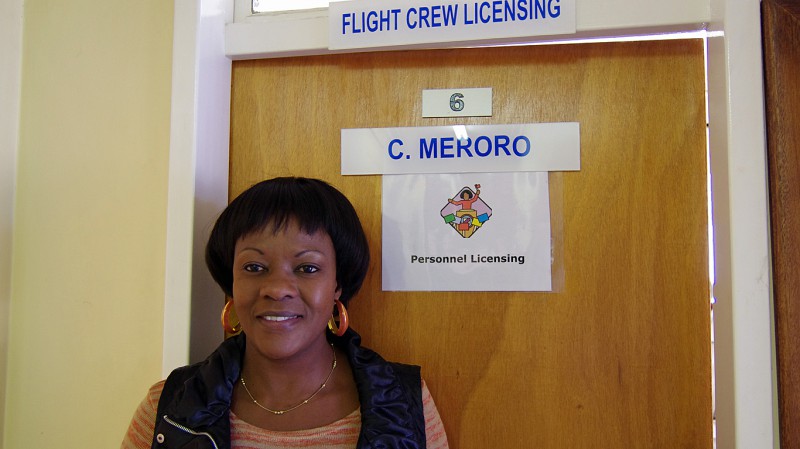 Chrissy Meroro in front of… 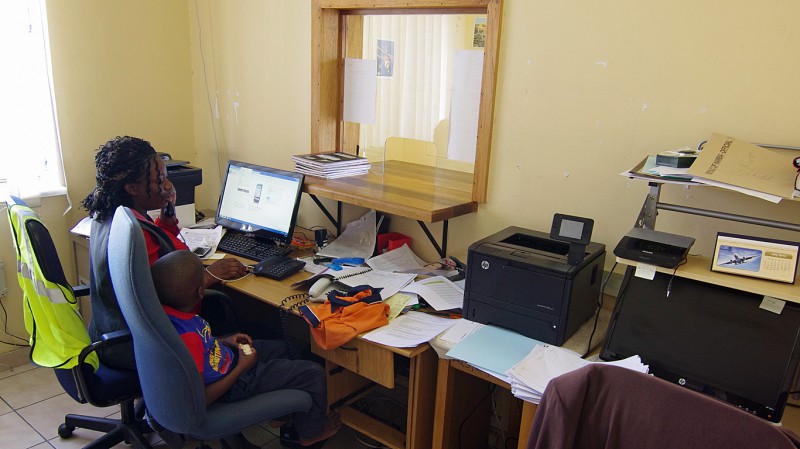 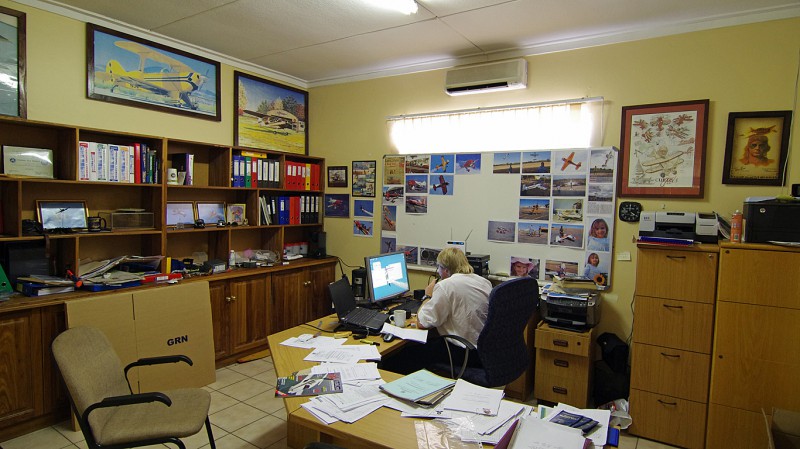 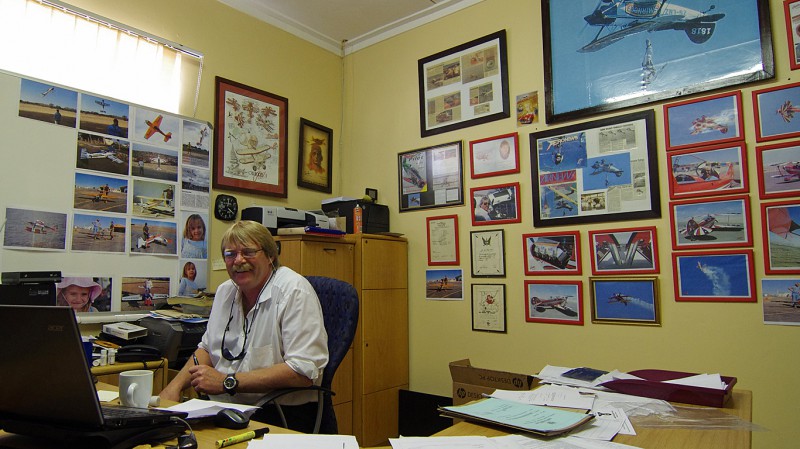 In May 2010 Larry Cundy left DCA but Greame is still around! 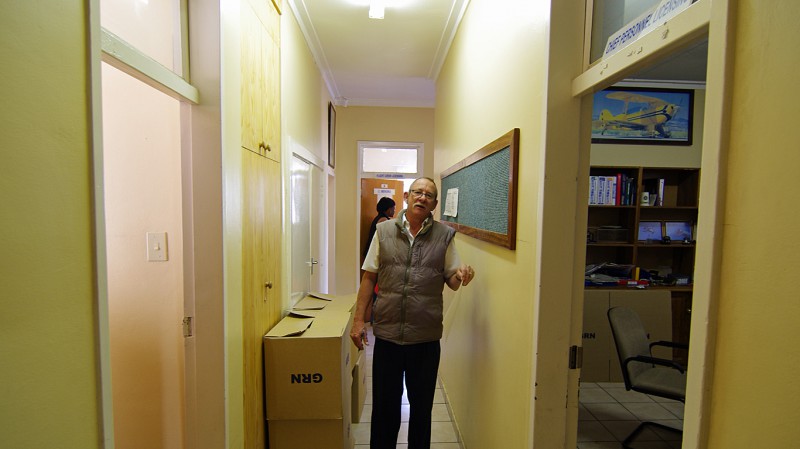 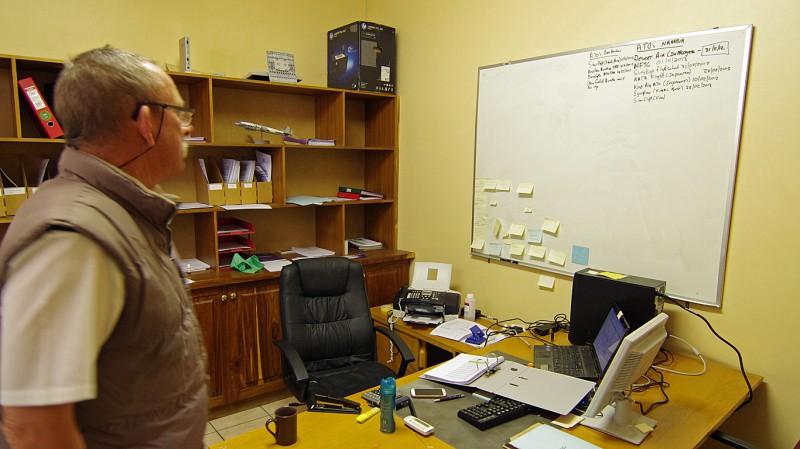 …this was his office. 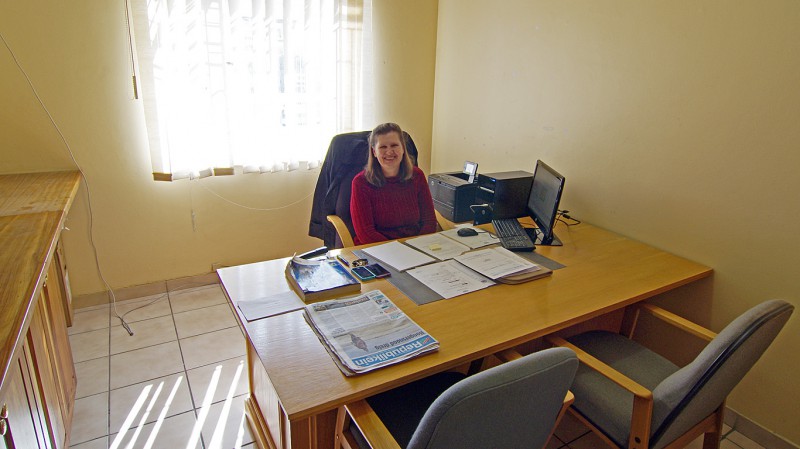 ICAO Licensing Expert Lousie Stols had the next office. 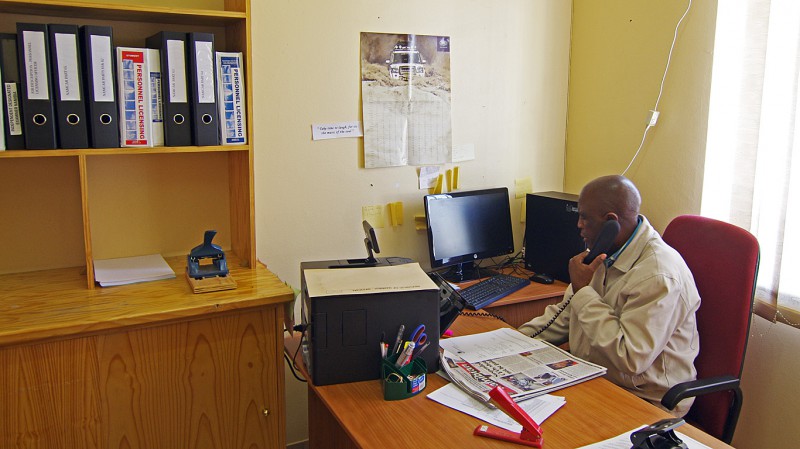 Here is Albert Mutwa in his office. 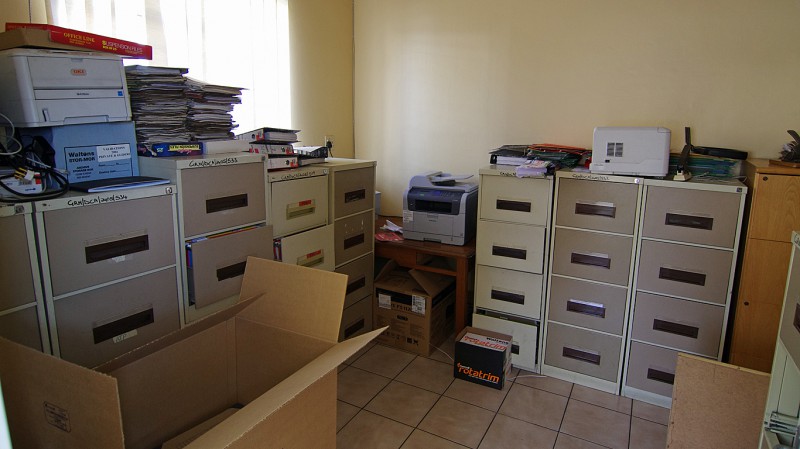 Archives are important in Personnel Licensing! 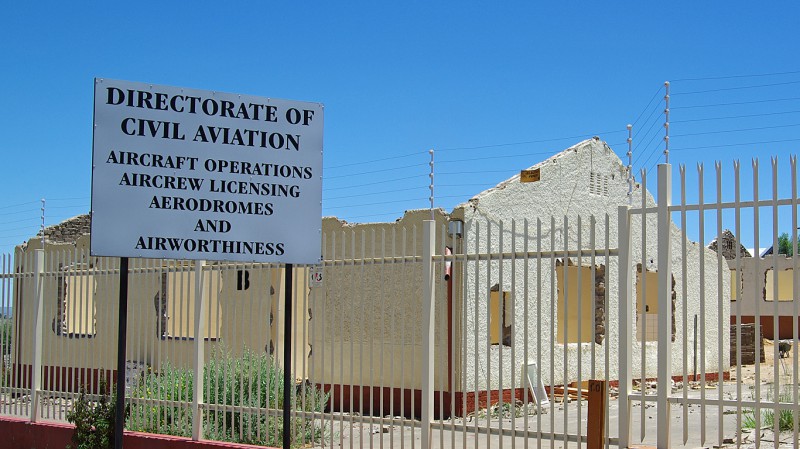 Today there is nothing left of the “B” building. 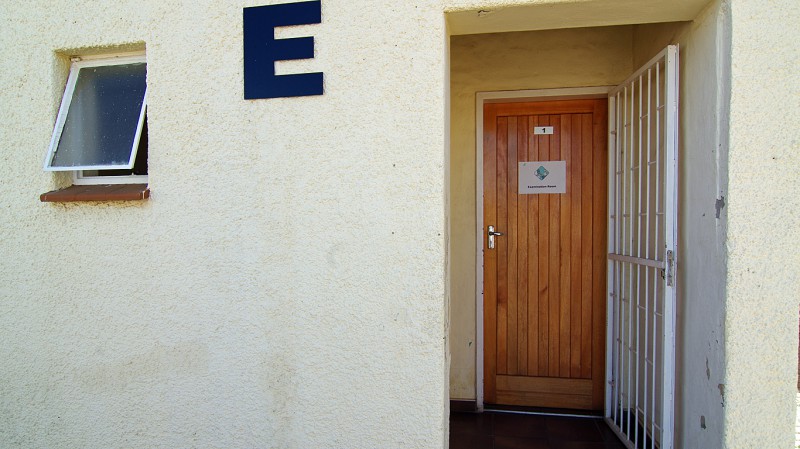 Building “E” is also gone, but not too long ago it was… 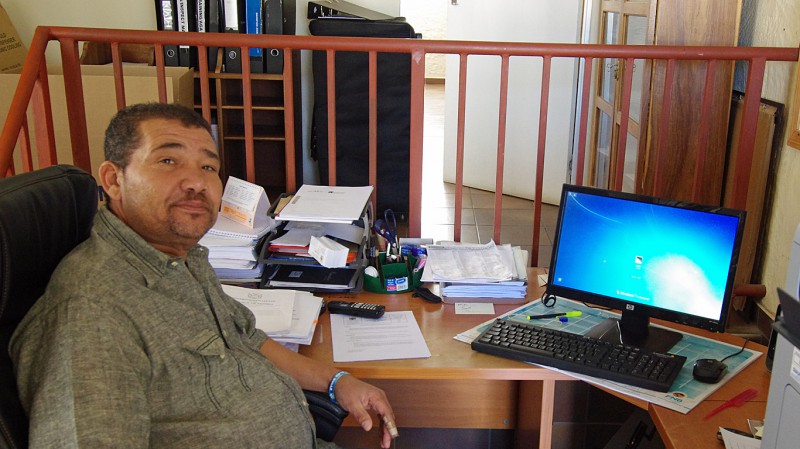 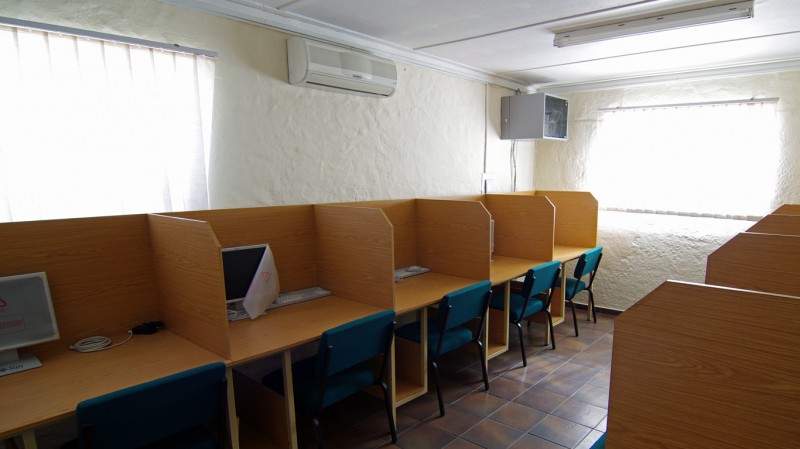 …and in the building you also found this room for examination, used by DCA Personnel Licensing.