I returned to a teachers position at my old school – FFL. By now the school had moved inte newly built premises.

The new simulators were really “high-tech”, built by a Swedish company. 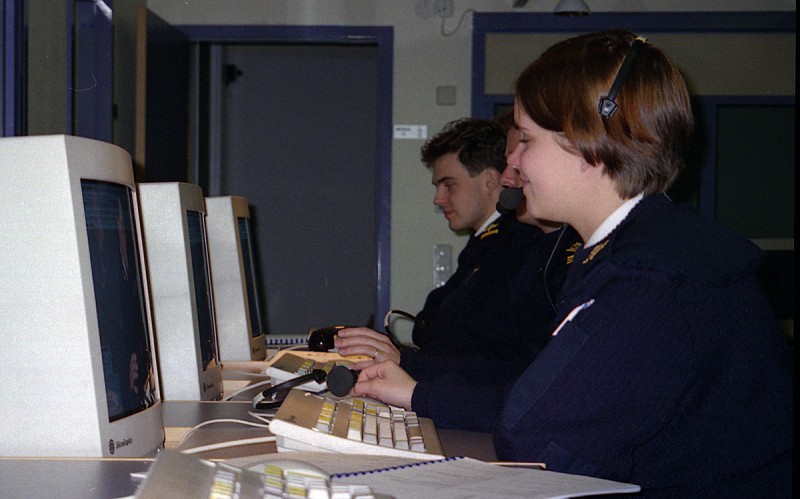 We had a total of five simulators that could be configured for use as TWR or APP and it was possible to combine them to make larger simulations.

For the first time we could now use the latest computer technology and get a real-time 3D view from the TWR.

Being able to simulate in real-time and with a realistic view meant a lot for the quality of training.

During this period I managed a project for the first major simulation of a war-time airbase. This included three airbases in the same simulation. The simulator was full of controllers and pseudopilots and the outcome was very good. Soon more advanced simulations were planned and implemented.