The Cape of Good Hope is a rocky headland on the Atlantic coast of the Cape Peninsula, South Africa. I always thought of this as the most southern tip of Africa but it’s not. 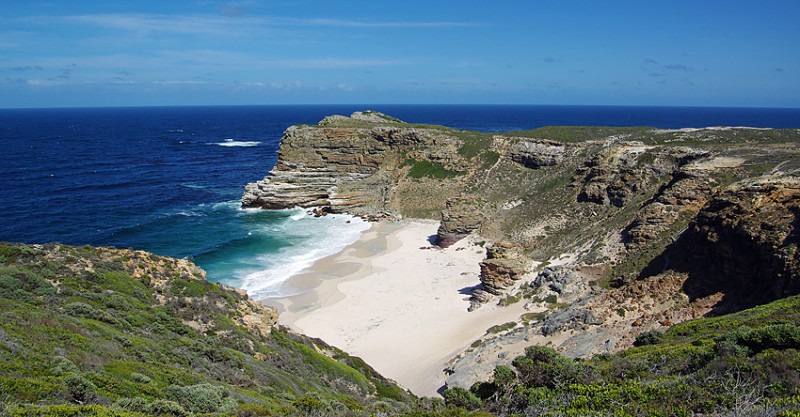 The actual southernmost tip of Africa is Cape Agulhas about 150 km east-southeast of the Cape Point and the meeting point of the currents of the two oceans – The Atlantic and the Indian Ocean – is a point that fluctuates between Cape Agulhas and Cape Point.

Driving here you end up on a car park where you find a restaurant and a few shops. Here you also decide between a walk up to the light house or “the Flying Dutchman Funicular” which is like a railway that takes you to a level just below the light house. Above you see Saga and Hanna just off the funicular and on their way further up. 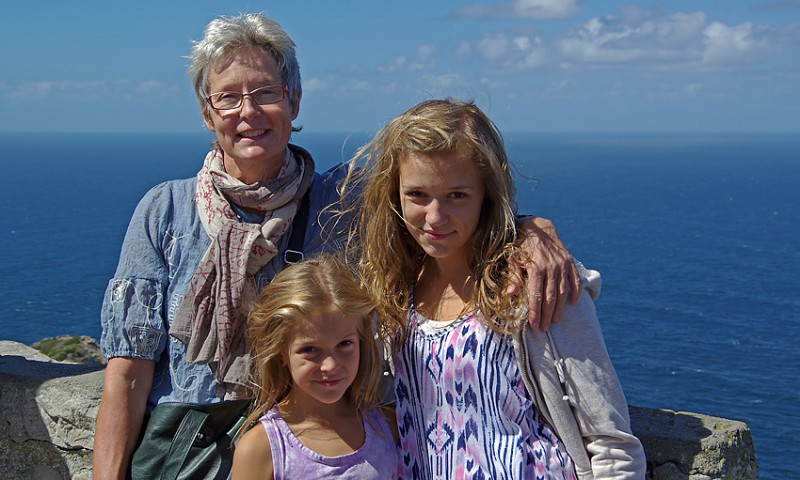 At the light house you are awarded with great views. Cape Point is found only 1,2 km east of the Cape of Good Hope and slightly north of it. It is often simply referred to as “the Point”.

The peak above Cape Point is higher than the peak above the Cape of Good Hope so you get a good view of “the Cape”.

The picture above shows the view to the north, the Cape Peninslula. To the right you see the tracks for the Funicular.

Next view shows the east coast of the Peninsula. If you look carefully you might even see the Table Mountain at the horizon. 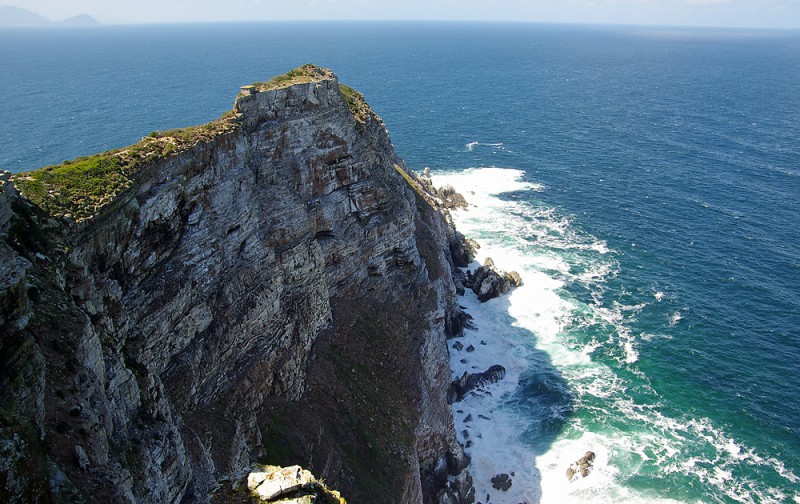 The highest peak behind “the Point” has the old lighthouse on the top. This lighthouse was put here, 249 meters above sea level, in 1860. Because of its height it is often covered in mist or clouds and after a ship wreck in 1911 it was decided to replace it. 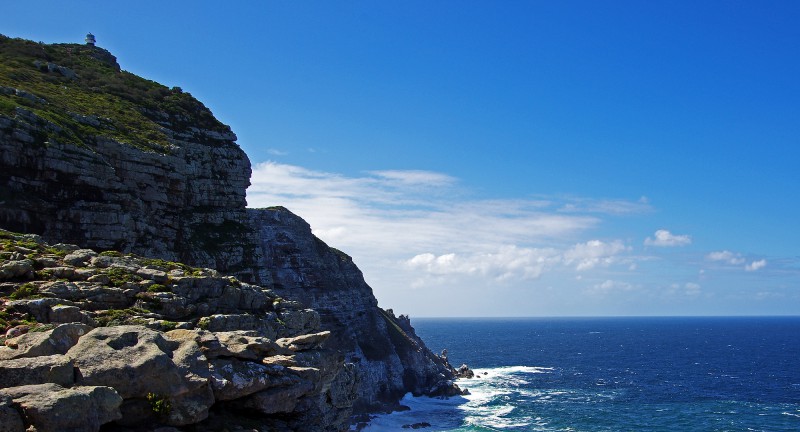 The new Cape Point lighthouse started its service in 1919. It is located on a lower peak called Dias Point, It is closer to the sea and only 87 meters above the sea level. It is the most powerful lighthouse on the South African coast. On the picture above you can see both the old and the new light house.

1 Response to Cape of Good Hope and Cape Point