Coming to Epupa we also met the rest of our travel companions. It was Jo and Des with their Toyota Land Cruiser and Chris and Liz with their Land Rover Defender. 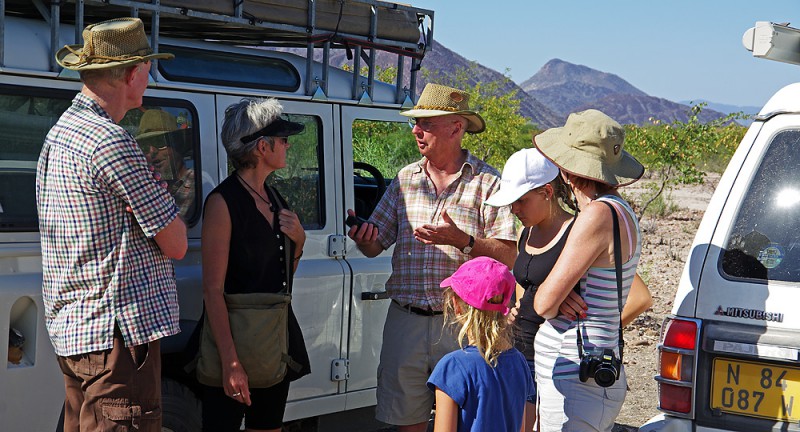 Chris had been here before and then met Owen, a Himba boy.

We drove to a Himba village a few kilometers outside Epupa. 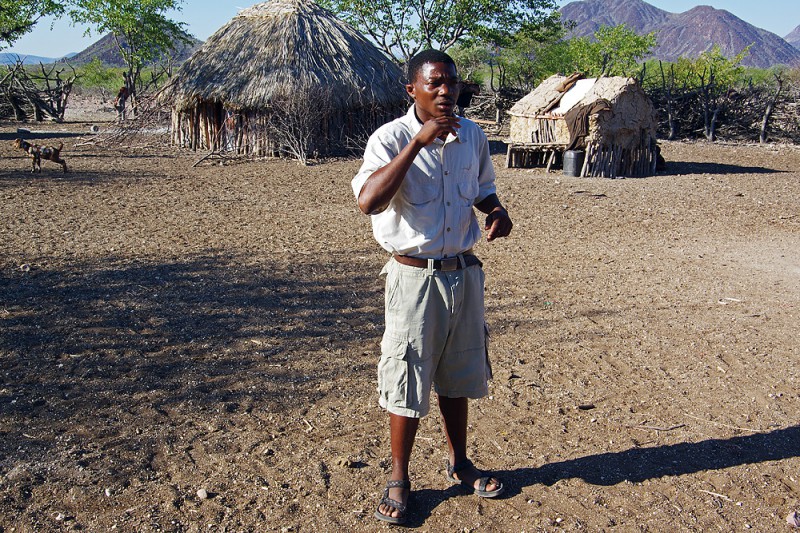 Owen is being trained as a tour guide and he took us to the village and negotiated for us to make a visit. This is not Owens home village but he is engaged to be married to one of the girls here. 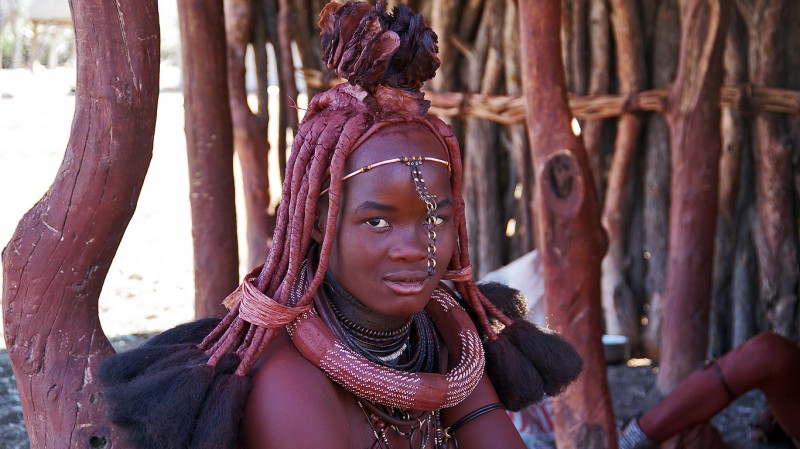 We were welcome to visit the village and found friendly and welcoming people. Owen was our guide and interpreter. 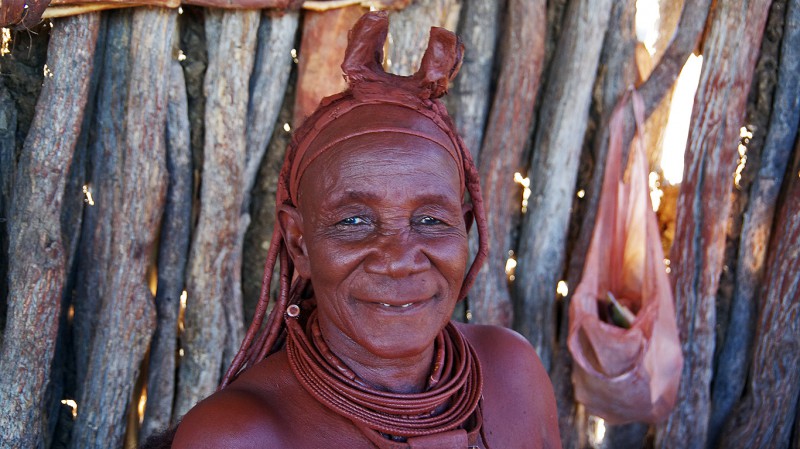 The Himba women cover themselves with a mixture of butter fat and ochre to protect the skin from the sun. Their hair is also covered. 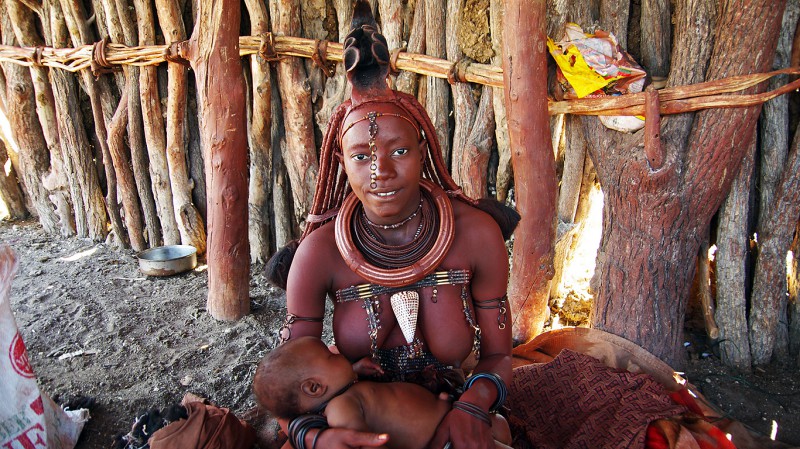 They are dressed only with a skirt of skin but also wear beaded anklets and a lot of decorations. 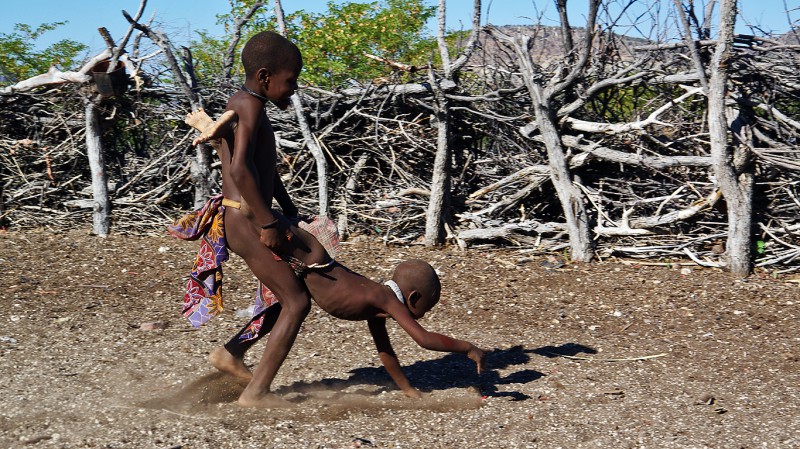 During the centuries the OvaHimba have maintained much of their traditional lifestyle. 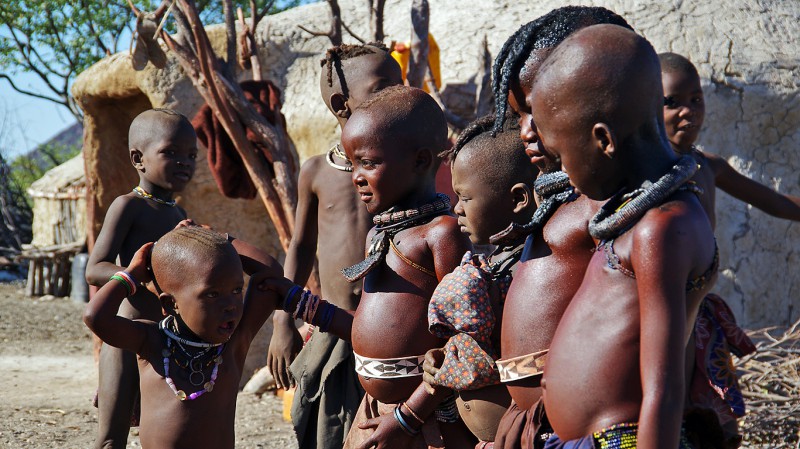 They live in one of the most extreme environments you can imagine. Maybe their social way of living helps them to survive since it gives each Himba strong connections to and support from two clans, often spread over a wide area. 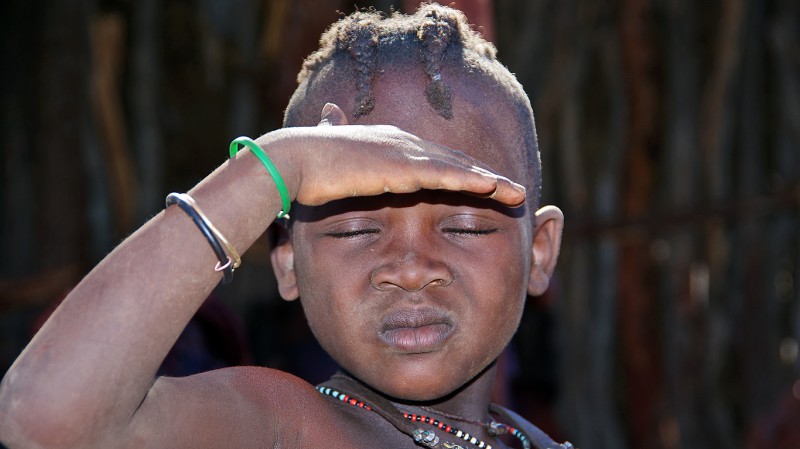 From the hair of an OvaHimba woman you can tell her age and social status. Small children have two plaits of braided hair. 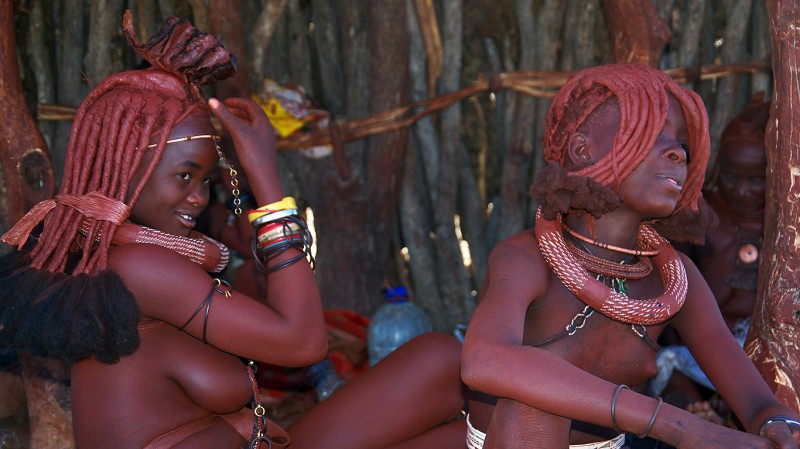 At the time of puberty the plaits are moved forward over their eyes. 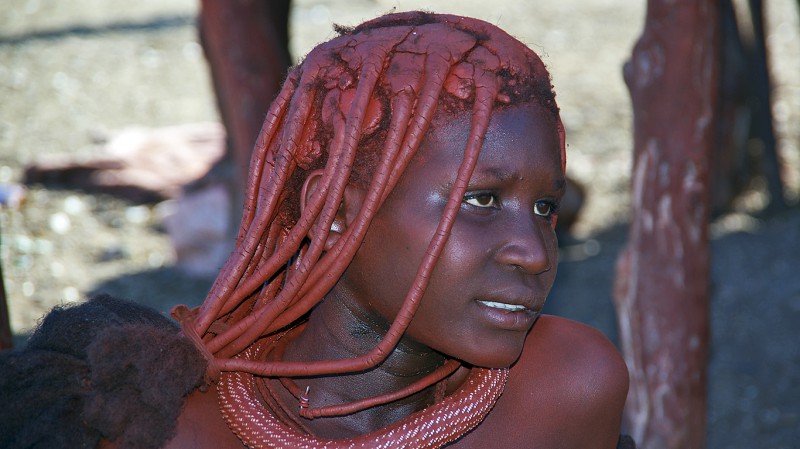 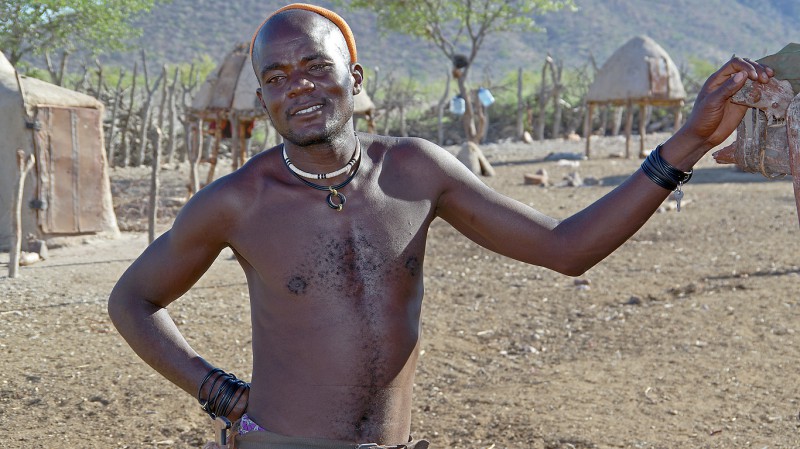 A Himba clan is led by the eldest male. Sons live with their father’s clan. 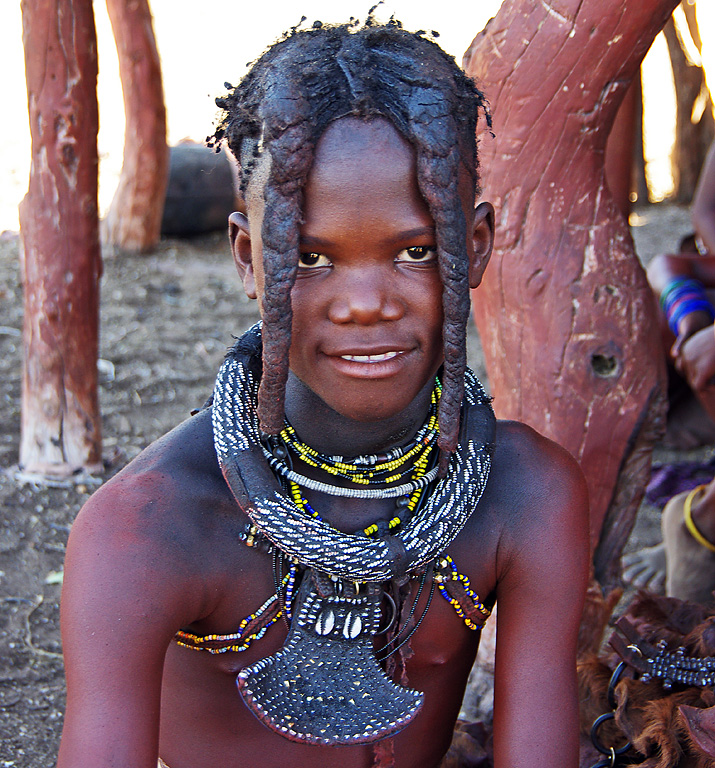 Daughters when married will move to live with their husband’s clan. 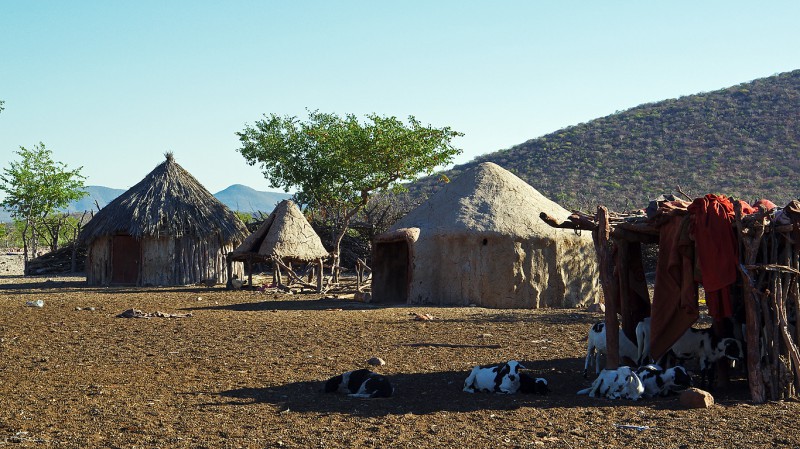 However inheritance goes on the line of the mother. A son does not inherit his father’s cattle but his maternal uncle’s instead. 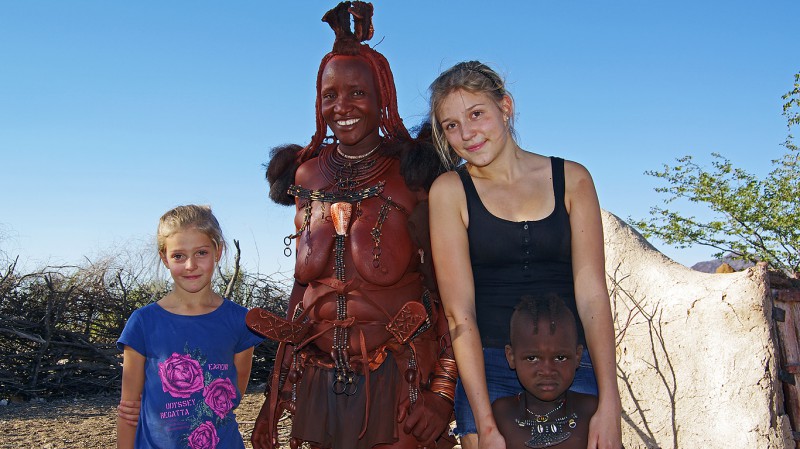 It was a very nice experience visiting this village. 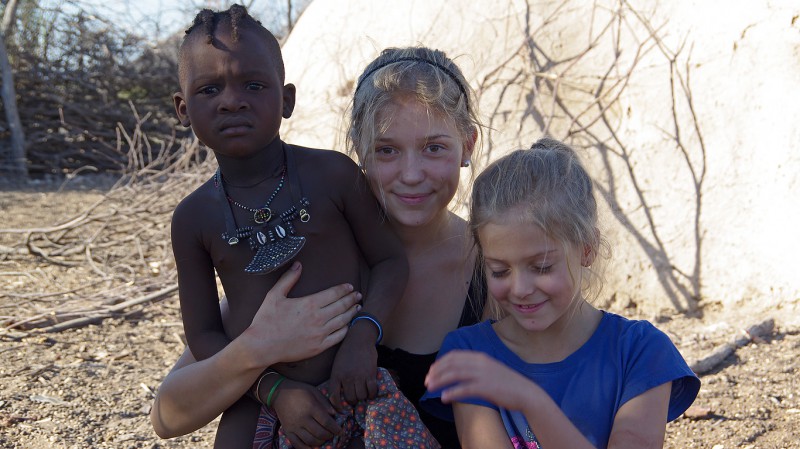 Saga was followed by this little girl all the time. 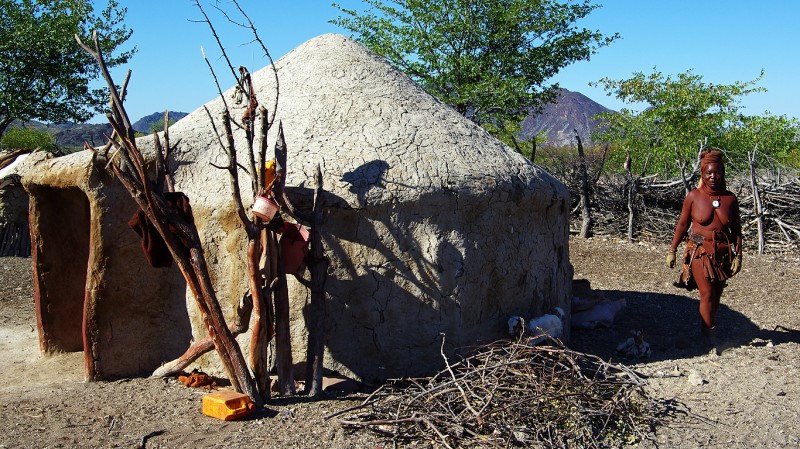 We were even welcomed inside one of the huts. 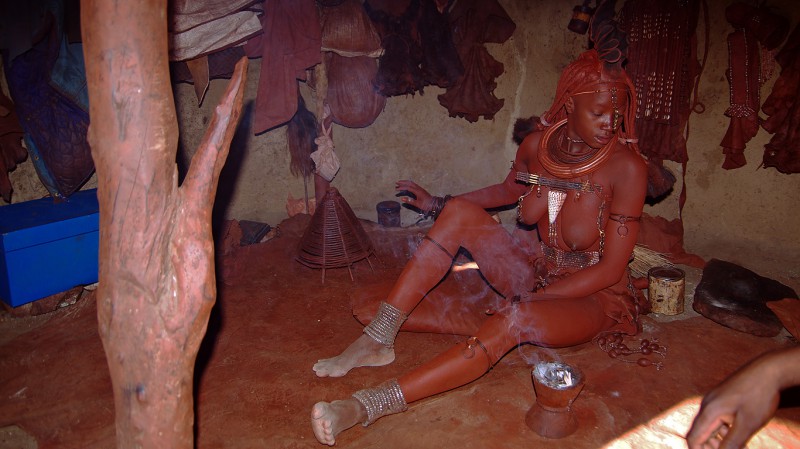 This woman showed us some of the rituals with fragrant smoke… 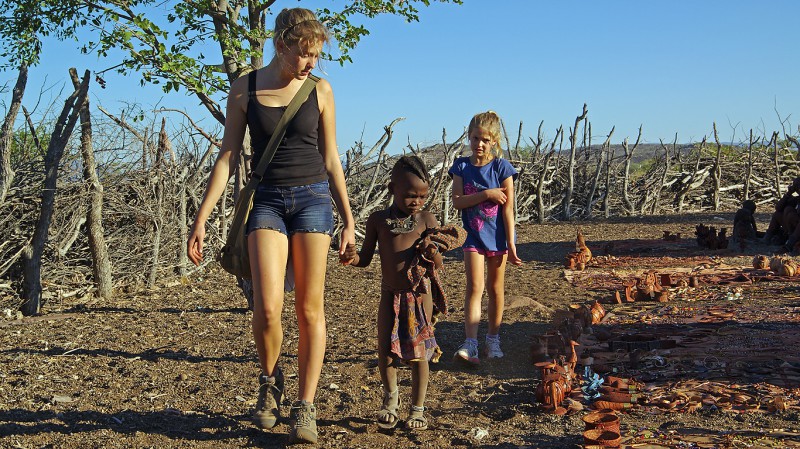 … and we were given the opportunity to buy some souvenirs. 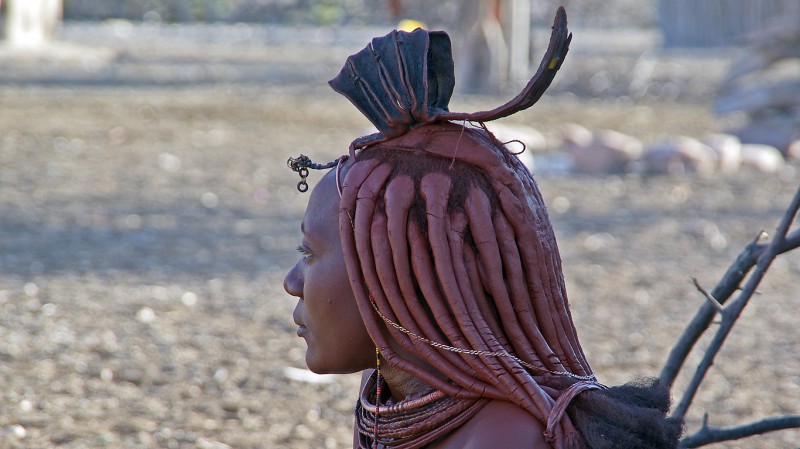 Thank you, OvaHimba for letting us visit you!

1 Response to Kaokoland 2 – the Himba village