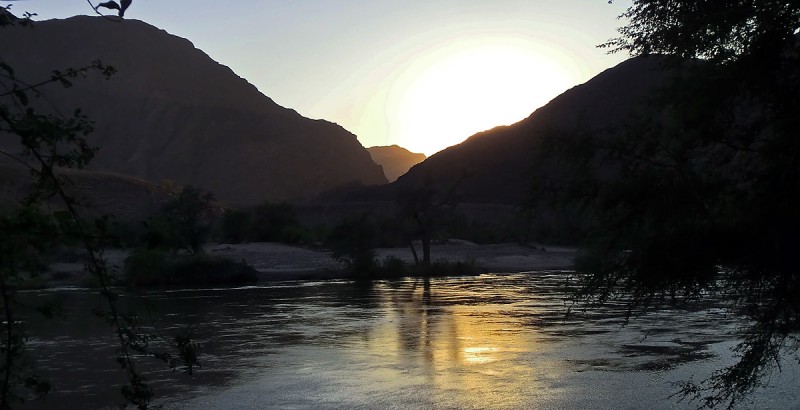 A beautiful morning with the sun rising over the Kunene River. The big crocodile from yesterday was gone. 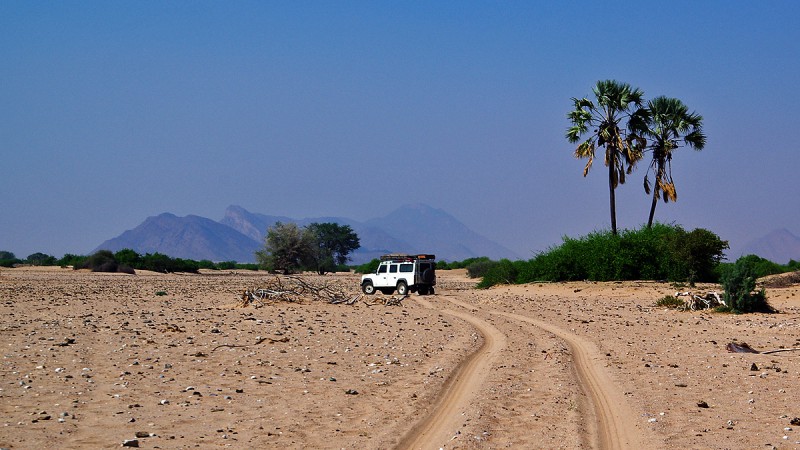 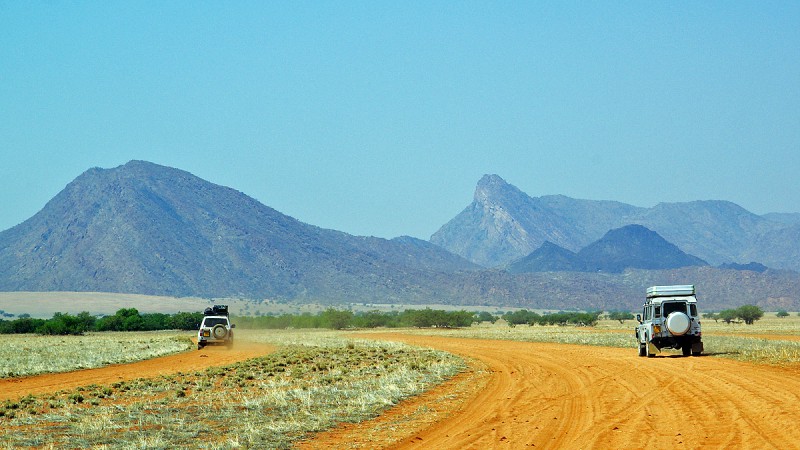 …and soon we were back on the tracks over the Marienfluss.

With the sun rising from the east Marienfluss took on a new shape and new colors. 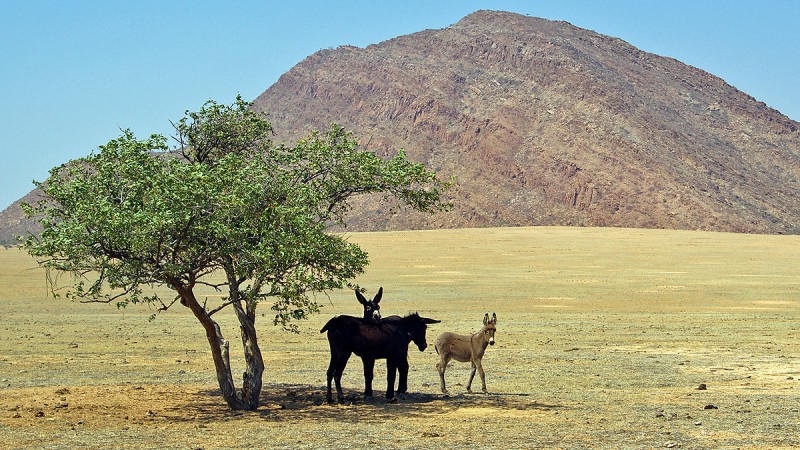 Three donkeys seeking some protection from the sun. 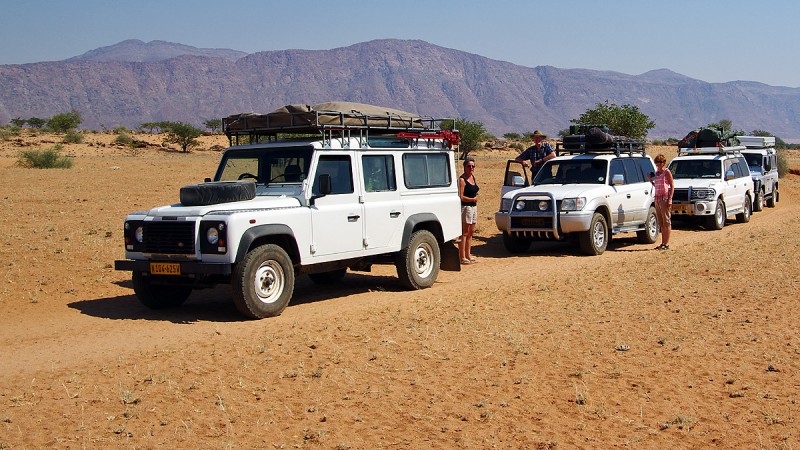 Chris and Liz leading the way in their Landy, followed by Jo and Des in the Land Cruiser, me, Marie and Hanna in the Pajero and… 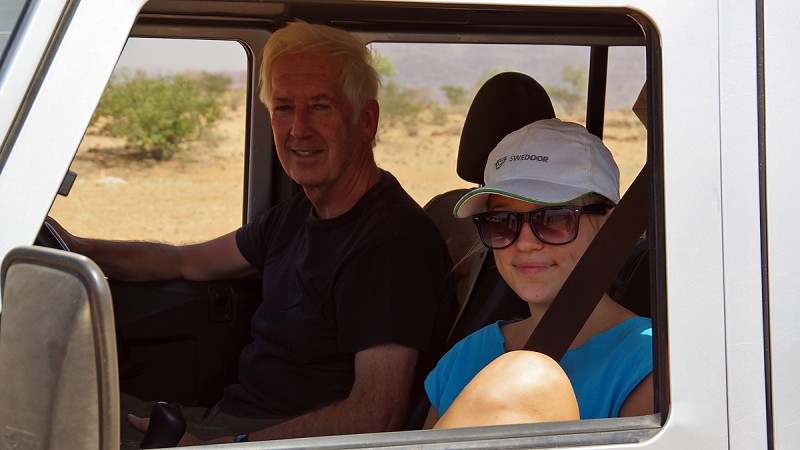 …Peter and Saga in the second Landy. 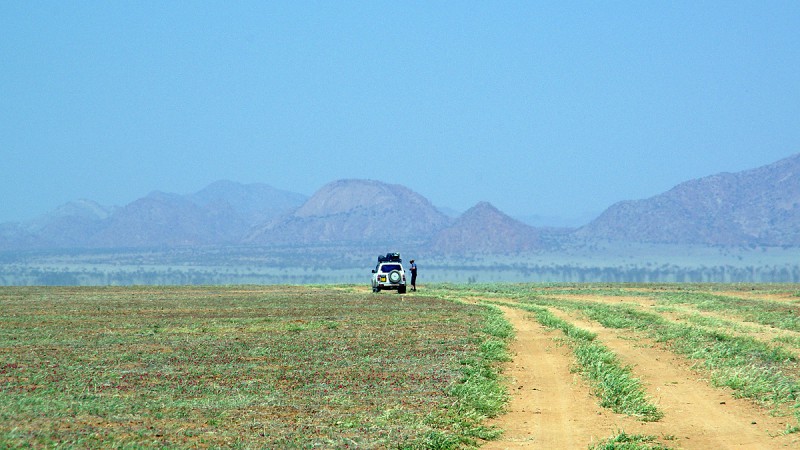 The scenery here is so breath-taking it is easy to forget the details. Look carefully on the ground above. 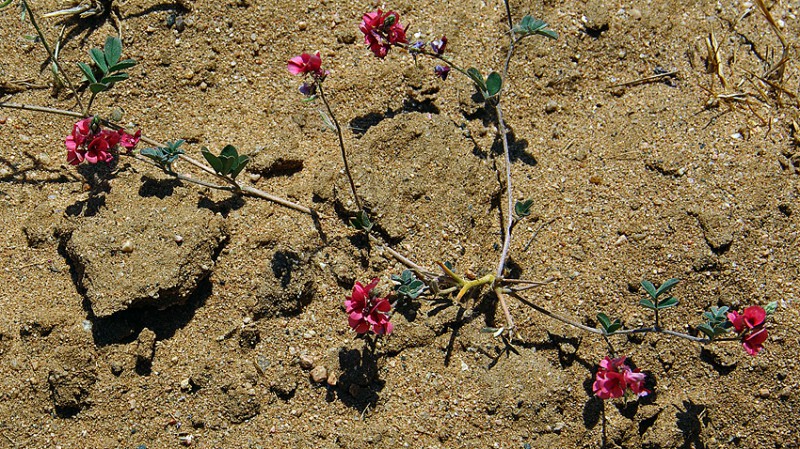 The desert is blooming! 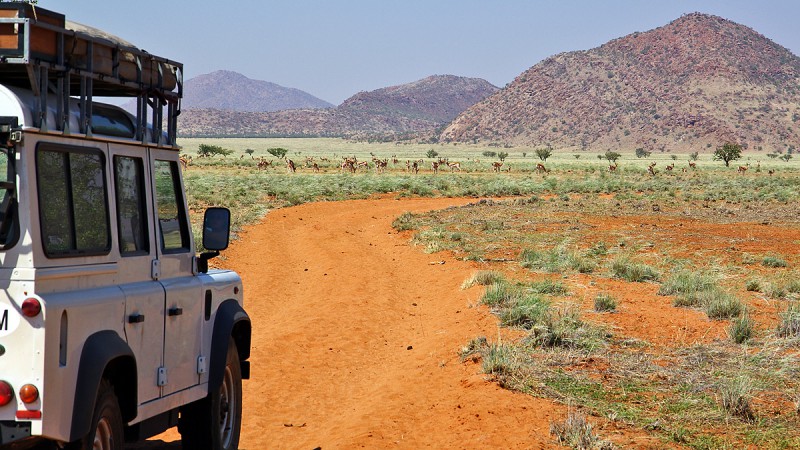 Soon we saw other “spots”. Those were a large herd of Springboks and we stopped. 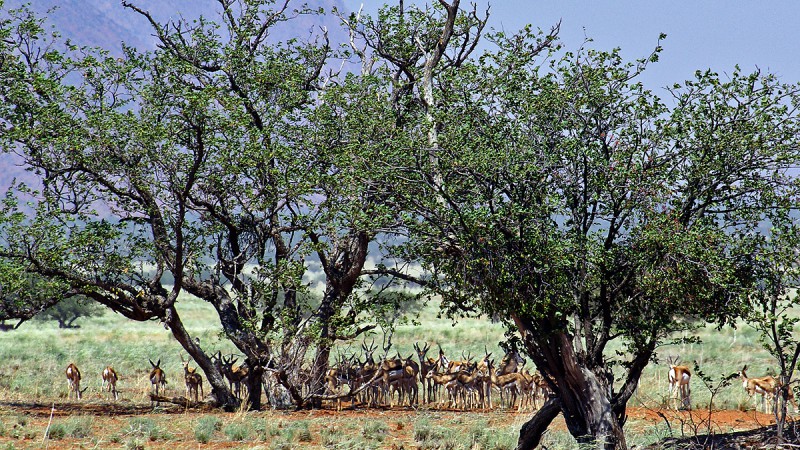 Looking around we saw that we were surrounded by numerous Springboks. They were everywhere. We tried to count them. Groups of ten were added to become groups of hundreds… 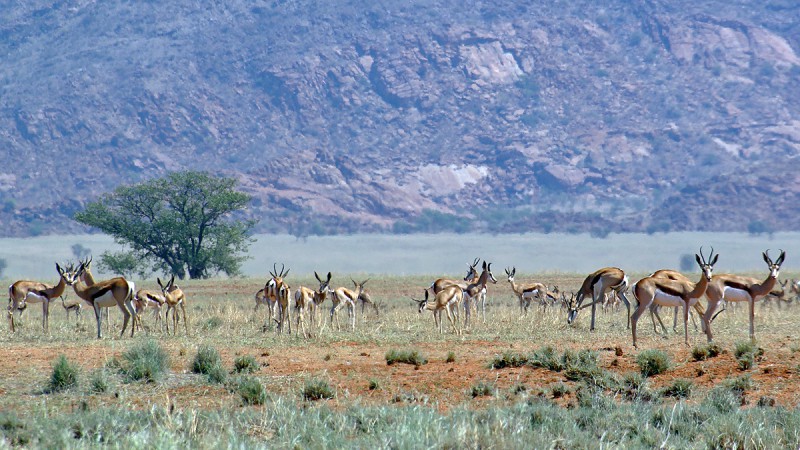 …and groups of hundreds were added to an estimate that we had something between 1500 and 2000 Springboks in sight. The reason was possibly that after a rainy season without much rain we had come to a spot that had enough rain so that an area of a few square kilometers was covered with high grass.

Driving along the Marienfluss is an experience I truly value. 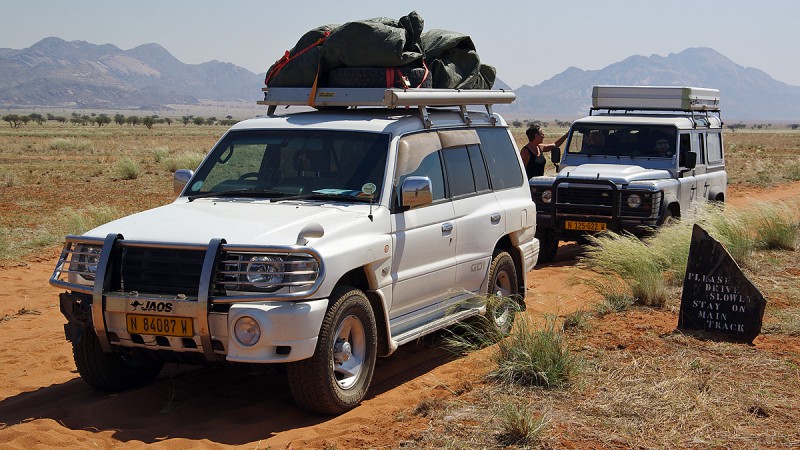 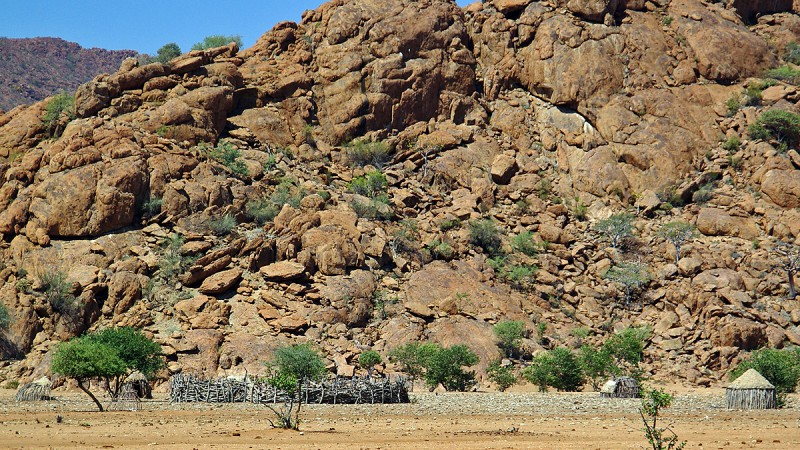 ..except for the occasional desolate Himba settlement. Maybe these are used as temporary dwellings or maybe they are old, deserted settlements. The Himba suffered seriously in the 1980’s when severe drought killed 90 % of their cattle. Many of the Himbas had to leave this area and escape to Opuwo for survival. 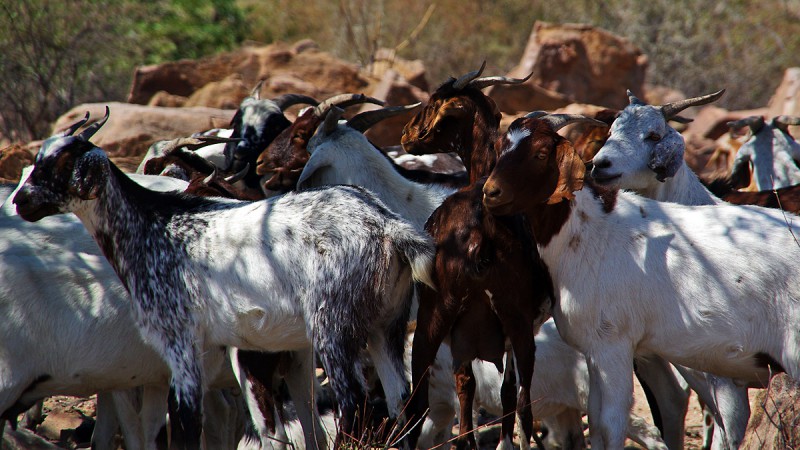 As we travelled through Marienfluss we saw no Himba, only their donkeys, cattle and goats. 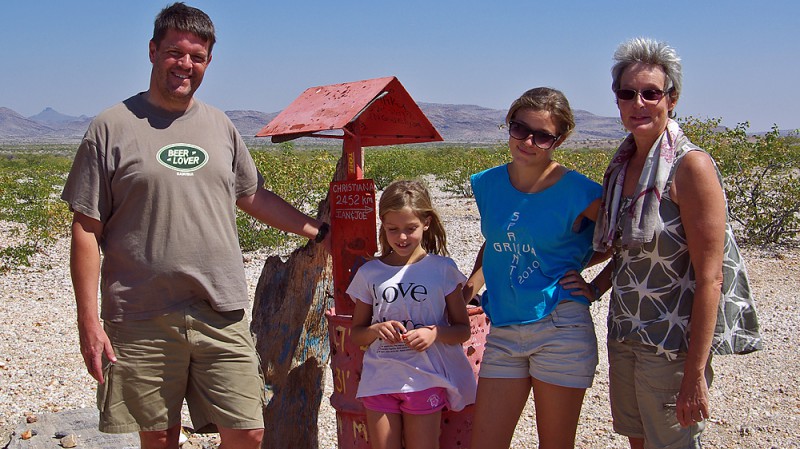 After 70 km and some three hours through Marienfluss we reached Rooidrom. It is actually only that – a red drum. It does however have a status, both as a landmark and as a memorial of Jan Joubert, who among other things wrote travel guides to this area. 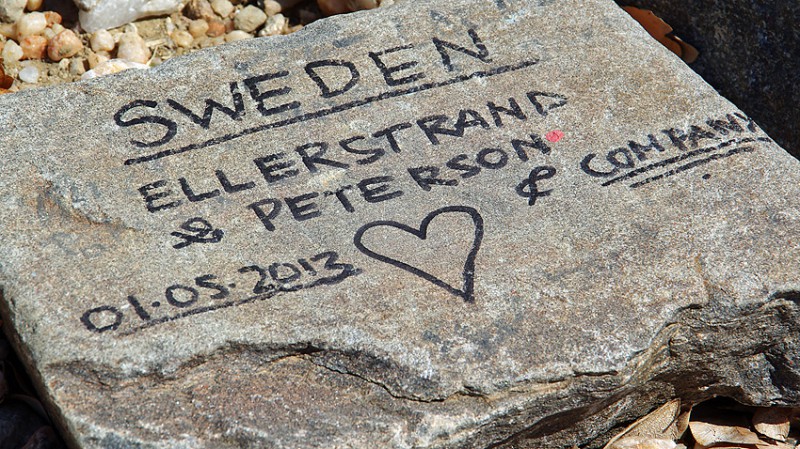