It was an early departure with breakfast in bags to be eaten in the bus. 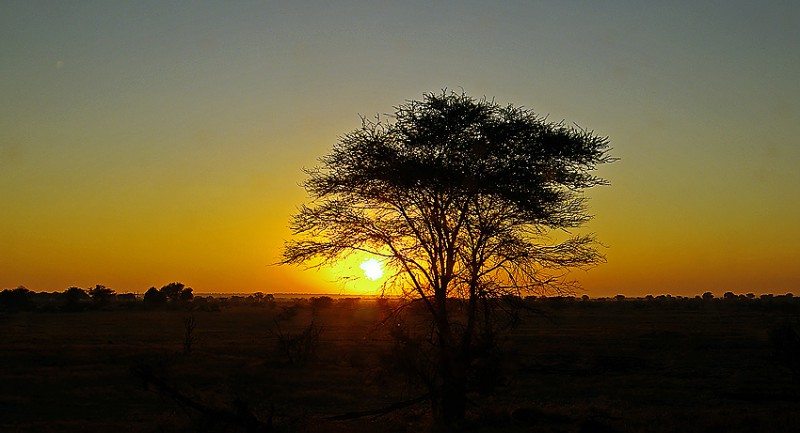 We wanted to do the border passage into Zimbabwe…

…before the big tourist buses arrived.

The plan worked out and we were quickly through, welcomed by…

From Kasane to Vic Falls is not a long drive and soon we were there. 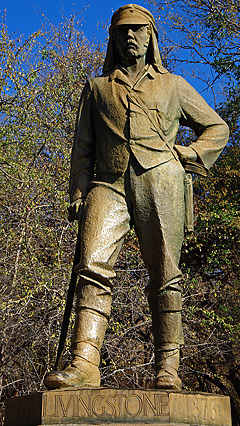 Livingstone is said to have “discovered” the Victoria  Falls 16 November 1855. However – in 1852 the Swedish adventurer Charles Andersson drew a map of northern Botswana and southern Zimbabwe. On this map you find “Mosi-oa-tunya, Waterfall, Resounding Water”. But Andersson never visitied Vic Falls! He put it on the map  because ha had heard of it. It is in fact even a possibility that Livingstone had heard of the Falls and told Anderson (or Galton, Anderssons companion on his first visit to Namibia) about them.

So, the Vic Falls were of course known long before Livingstone “discovered them”. Livingstone knew they were there so he just had to go and “discover” them. 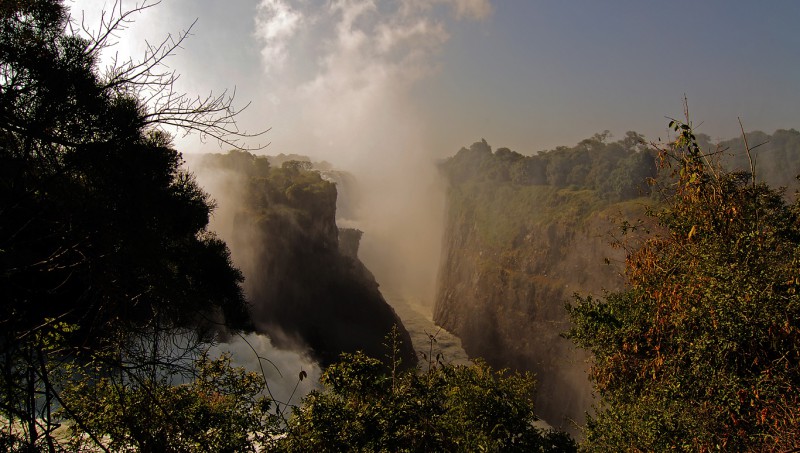 We started our walk on the western part of the falls. That was a good choice. The water level was high and the spray from the falls almost like heavy rain but the western part was the driest. From the western side you are able to walk a small distance upstream  to see the Zambesi before it throws it self down. 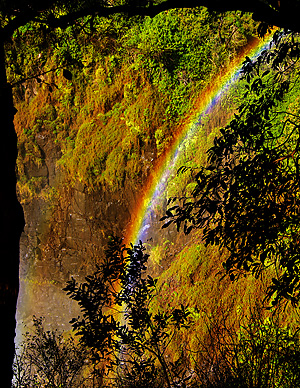 There is always the discussion whether to see the Falls from Zambia or Zimbabwe. On the Zimbabwean side there is a walk that follows the rim on the opposite side of the falls. You see the water coming towards you and dropping deep in the open rift in front of you.

The walk on the rim is like in a rain forest. The constant high humidity from the spray of the falls is perfect for the creation of a jungle.

The lianas can be used as swingers… 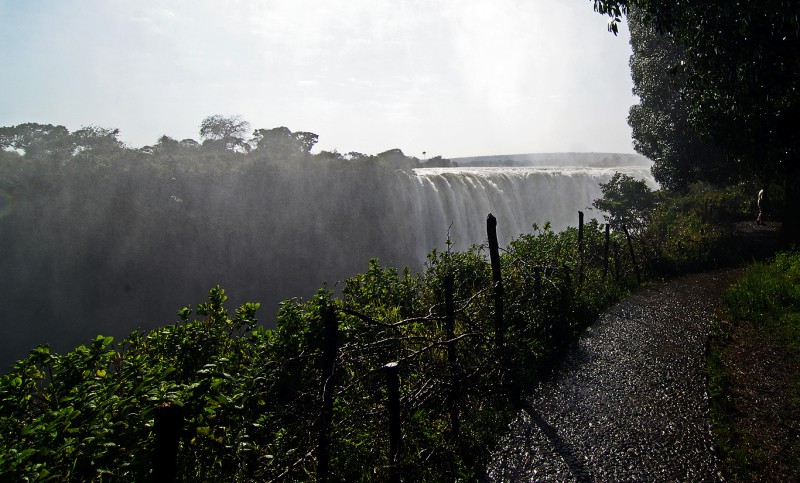 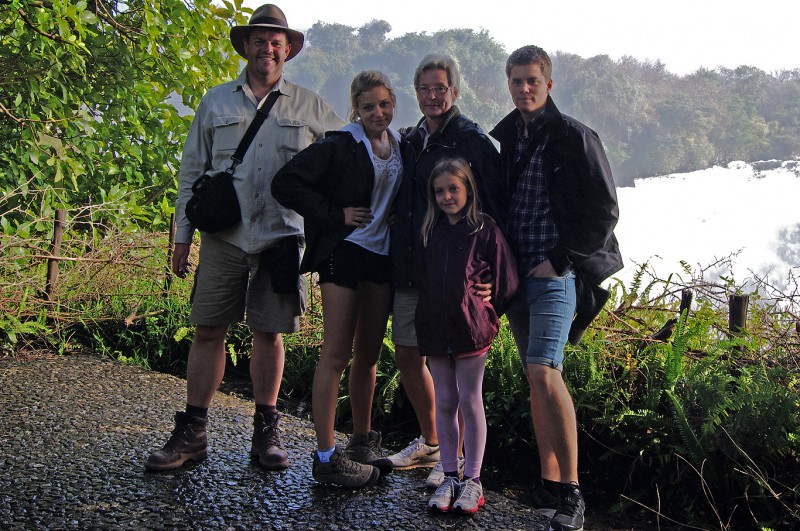 …and it is probably a good idea to bring or buy raincoats. (I did not…) 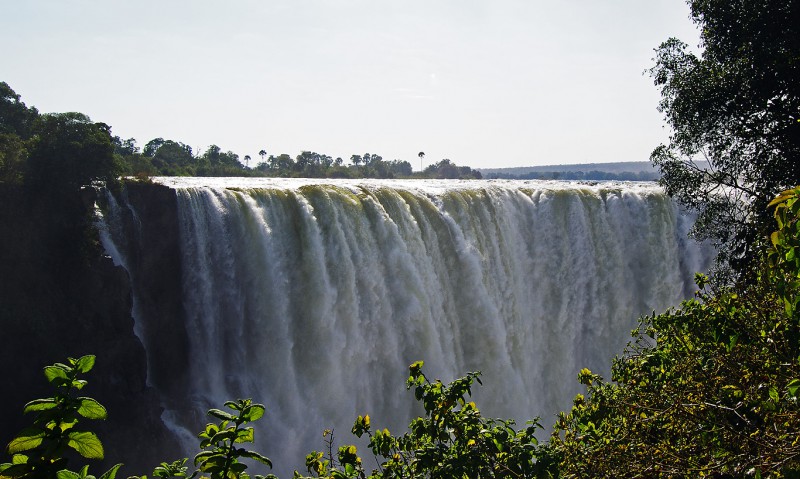 It is an impressive waterfall. While it is neither the highest nor the widest waterfall in the world, it is claimed to be the largest! This claim is based on a width of 1,708 meters and height of 108 metres, forming the largest sheet of falling water in the world. Anderson had the name “Mosi-oa-tunya” but it is more known as “Tokaleya Tonga”; the Smoke that Thunders.

Had we came later in the year there would have been less water, less spray and the view of the falls would be be better. During our visit the spray was massive and at times it was like walking in a heavy rain shower.

This is the Victoria Falls Bridge. It crosses the Zambezi River a short distance below the falls and connects Zimbabwe with Zambia.

From the bridge looking south. At the far end you can see the Victoria Falls Hotel. (More on that in the next post.) From the bridge you can do bungy jumps. We didn’t… 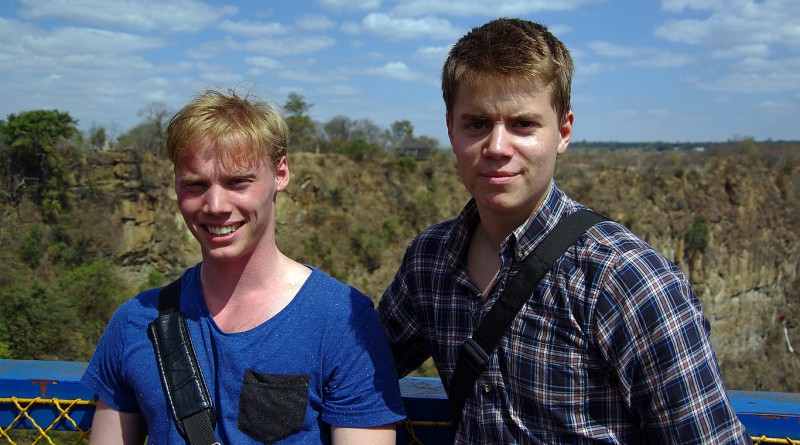 Kalle and Dan with Zambia behind them. And yes, we did pass the bridge and we did put our feet in Zambia!

The falls from the bridge. It would be nice to come back in the dry season.