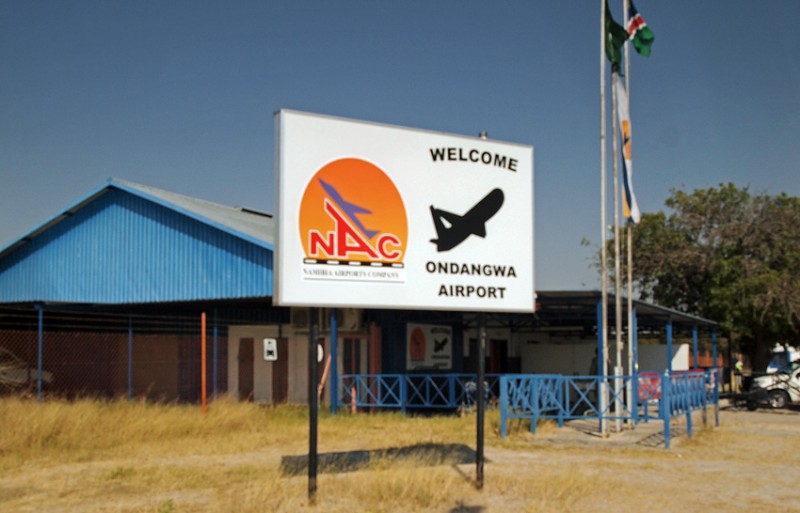 Today Ondangwa is an important airport in Namibia and the only airport in the country to have two daily connections with Windhoek, both of them often fully-booked. Ondangwa airport is located in the northern region of Namibia with a high population density. The Namibia Airports Company is planning a new terminal building here together with other projects.

Before Namibia’s independence Ondangwa was a military airport as you can see traces of above. South African Mirage’s used to fly out of Ondangwa in the independence war. 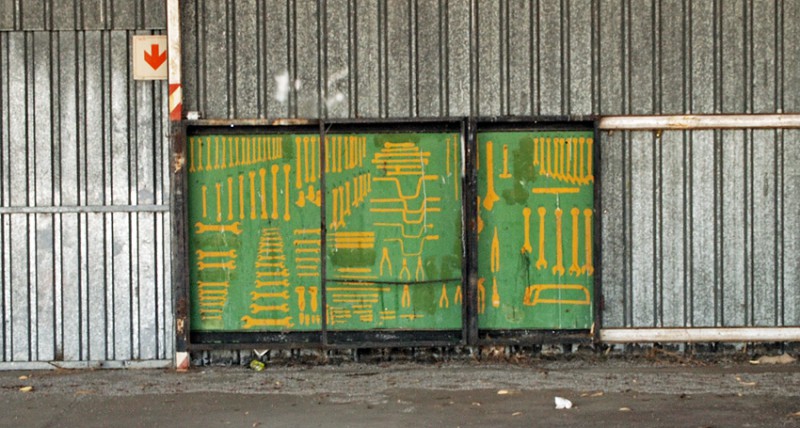 Once upon a time someone had his tools in good order…

We left our Aero Commander in front of one of many empty hangars. Our mission was to visit the tower building. 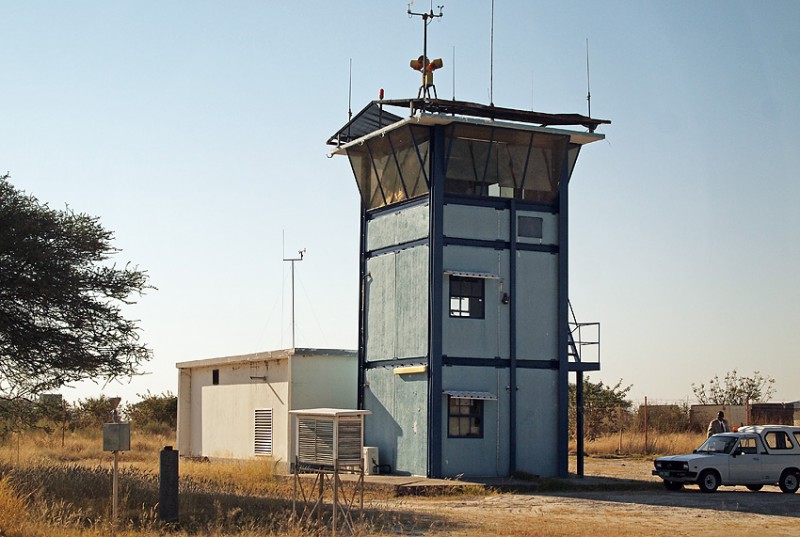 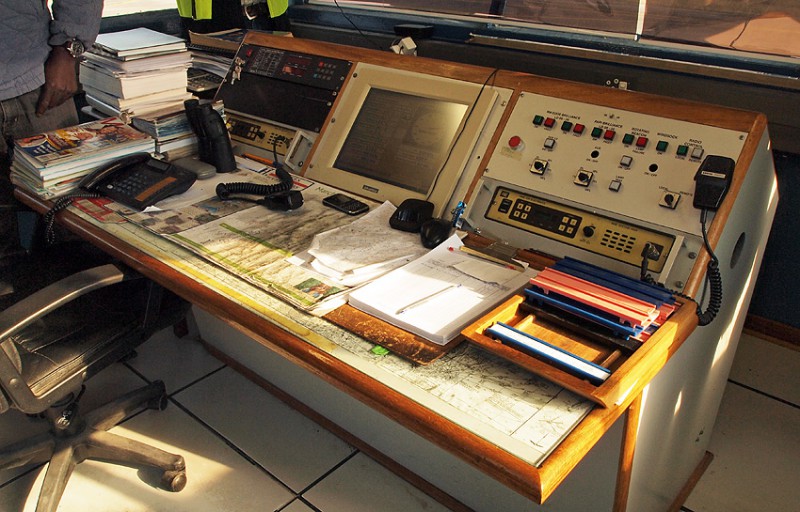 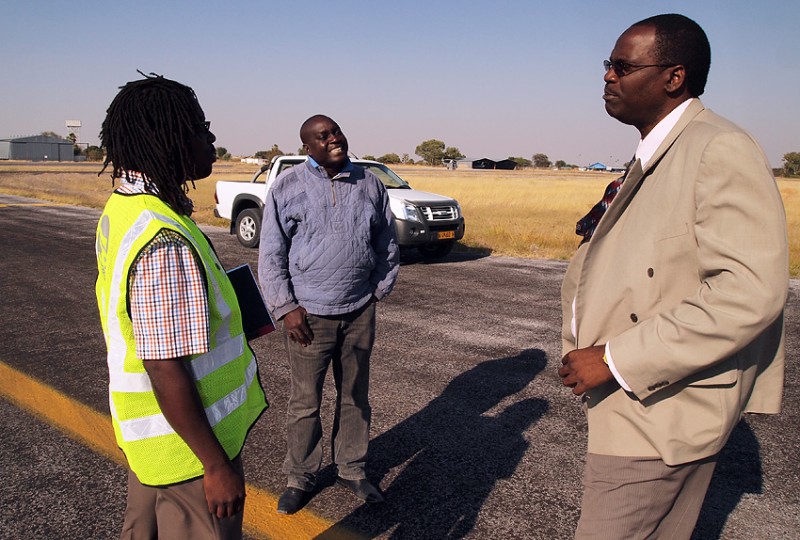 To the left the manager of Ondangwa airport, in the middle Martin, Ondangwas only permanent air traffic controller and to the right the Chief of Namibia’s Air Traffic Control.

So good luck with your new tower Martin!