Returning from Swakopmund, I was able to persuade my family in taking a detour… 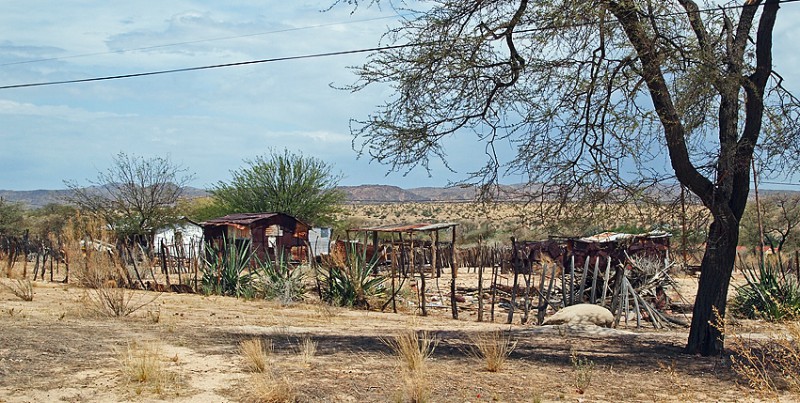 In the middle of nowhere, west of Windhoek is a place called Otjimbingwe. The name probably means “place of refreshment” and the reason is that Otjimbingwe is at the junction of the Swakop and the Omusema rivers so here was a chance to find water. 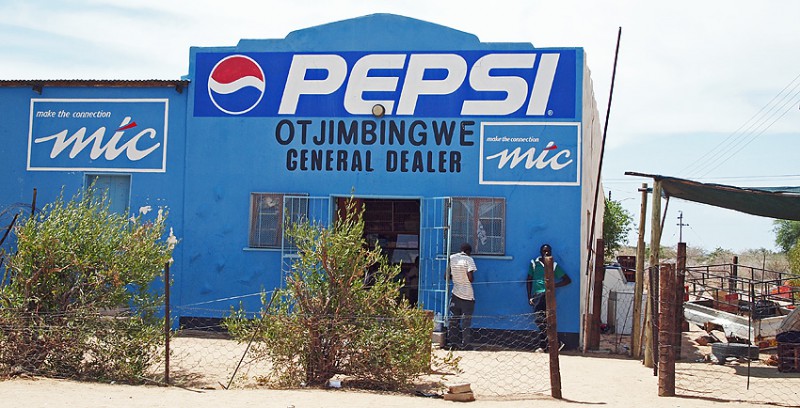 Windhoek had become an important place in 1840 when the powerful Nama chief Jonker Afrikaner settled there, and Otjimbingwe was a good place to rest and get water on the ox-wagon route, half-way between Walvis Bay and Windhoek. In 1849 missionary Johannes Rath and his family settled to make Otjimbingwe a missionary station.

Above the remainder of Otjimbingwe mission station

By then a Herero tribe, led by Zeraua, already lived in Otjimbingwe. In 1850 a small church was completed and in 1858 the first of the local Herero’s were baptized.

In 1854 the Walvich Bay Mining Company moved their head-quarters to Otjimbingwe. Copper had been found in the highlands nearby but the supply quickly exhausted and already in 1860 the company’s buildings were taken over by the Swedish hunter, explorer and trader Charles John Andersson. Anderson had come to Namibia already in 1850 with Francis Galton and they became the first Europeans to discover Etosha and Ovamboland in 1851. 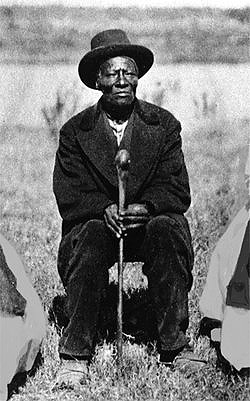 The Herero people also made use of the trading station. The leader Zeraua is known as the Herero leader who first armed his people with guns. The relationship between Zeraua and Andersson was very good and Andersson soon became involved in the wars between the Herero and the Nama peoples, on the Herero side.

In 1863 Zeraua was supposed to become the supreme Herero leader but declined, leaving the supremacy to Maharero.

After a few years Otjimbingwe had turned into a thriving community and in 1864 it was declared an official RHM station.

The original church had become too small and in 1865 Hahn laid down the corner stone for a new church that was finished in 1867 using 10 000 bricks made by the Herero people. The architect and building contractor was Eduard Hälbich.

Andersson died on a journey to Kunene River in July  1867  and in December that year the Nama, under Jan Jonker Afrikaner and Jakobus Boois, launched a major attack on the Hereros in Otjimbingwe. Again the Europeans stood by the Herero and the church was used as a place of refuge saving many lives.

The year 1867 was a very dry year and for that reason Zeraua and his people moved to Omaruru.

The church was used for up to four services every Sunday and in different languages; in Nama or Herero, German, English or Afrikaans. During the week the church doubled up as a school. 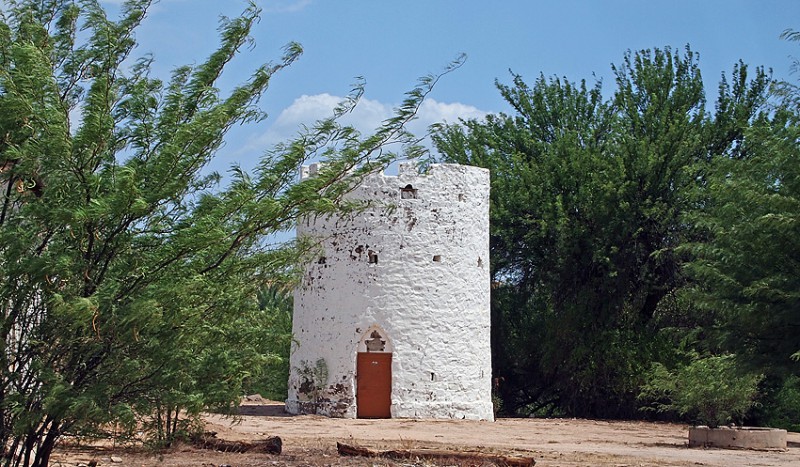 In 1872 a powder magazine, an 8-meter tower, was built, to protect goods during attacks by the Nama. In 1882 it was taken over by the Hälbich trading firm.

In 1884, Otjimbingwe was established as the headquarters of Commissioner Dr Heinrich Ernst Göring. By that Otjimbingwe became the administrative centre of the new German colony, its capital city. In 1888 the country’s first post office opened here.

In 1890 the new German leader, Curt von François moved his small garrison to Windhoek where a fort was built and in 1892 the administration of German South West Africa was moved to Windhoek.

The Hälbich family was however still around. A wind motor was put up in 1896 to generate power to a wagon factory and in 1899 the church got a tower. It collapsed in 1900 but was restored in 1904. 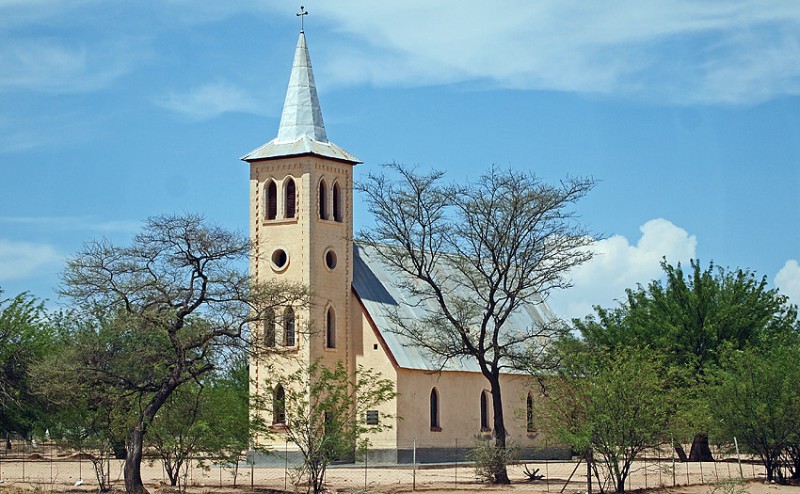 Apart from the tower the church today is very much the same as when it was built. It was proclaimed a national monument in 1974.

The definite end to the great era of Otjimbingwe came in 1902 when the new railway from Swakopmund to Windhoek was built to bypass Otjimbingwe.

Here is a link to a postcard, showing “Fort Otjimbingwe 1902“.

Thereafter the city declined. Many residents fell victims to the German genocide war of Herero’s and Nama’s from 1904 to 1908.

After the first World War South Africa took over the rule of South West Africa and later apartheid was introduced. In Otjimbingwe the local agriculture was destroyed. and the old town became a place of poverty. 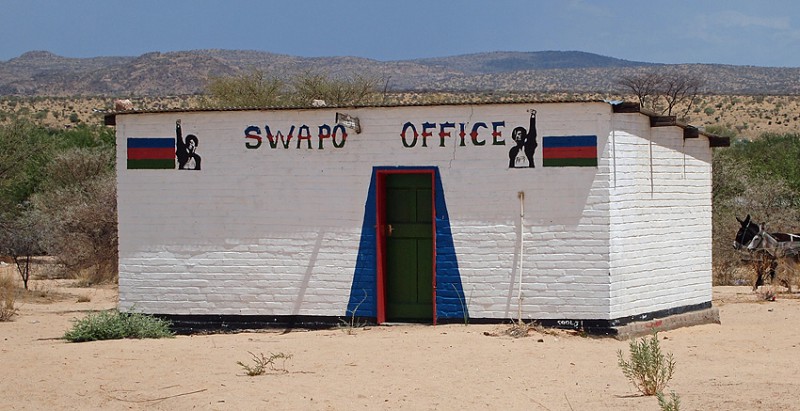 Namibian independence has brought some improved services. Today Otjimbingwe has got water, electricity and communication and health care is available. A local agricultural centre provides information and services to those still willing to try their hand at farming. Jobs, however, remain scarce and for young people the future is not in Otjimbingwe. Today some 8000 people are living in and around Otjimbingwe.

Most of the information above is from these sources: