This Sunday we had bought four tickets for the Sossusvlei Scenic Flight with “Pleasure Flights” from the airport at Swakopmund. So it was just to get onboard the Cessna 210… …listen to the pre-flight briefing… …and take-off! The bright sunlight with the reflections in the windows and no possibility of opening any window made photography a little bit difficult but I will still show you some photos. The first part of the flight was from Swakopmund to the Kuiseb River. 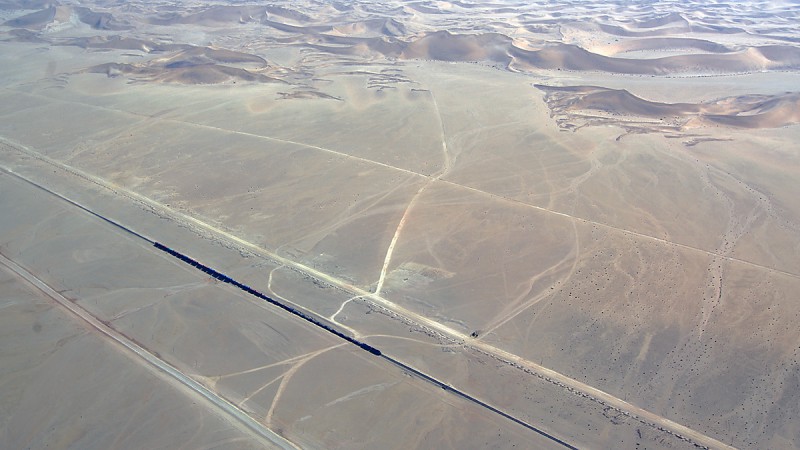 We flew east of the dunes between Swakopmund and Walvis Bay. Below us a long freight train. East of Walvis Bay we passed the airport… …and left civilisation behind us. Still you find tracks of vehicles almost everywhere. They say that if you make a track it will stay almost forever. Like the occasional rain-fall creates their tracks in the sand that will also stay forever. 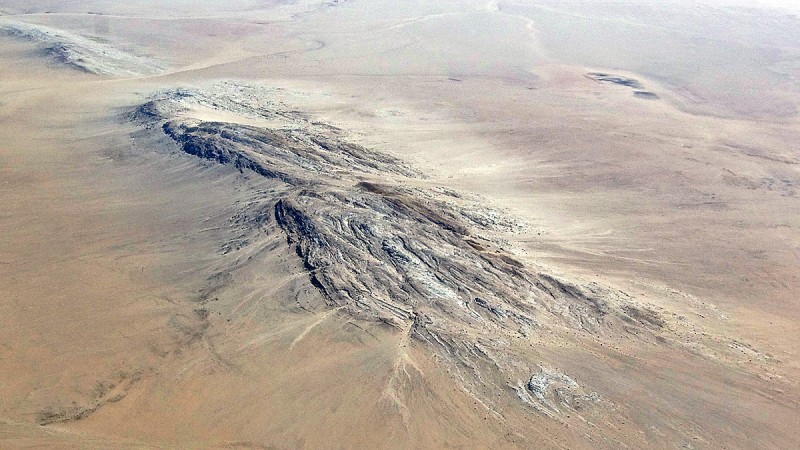 It is a strange landscape. 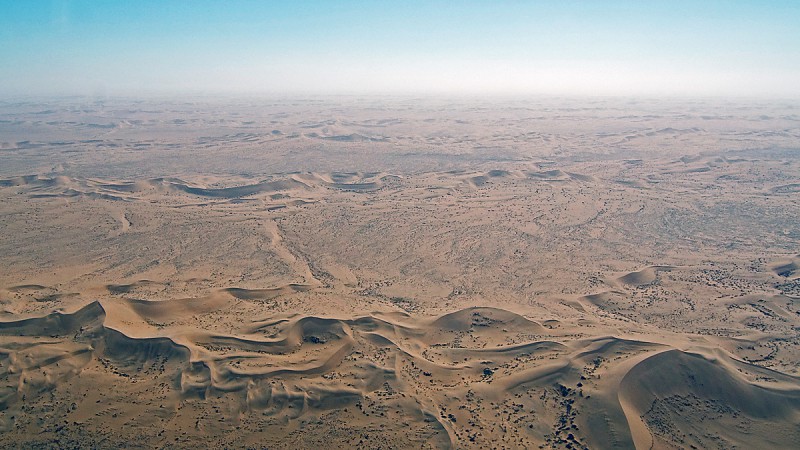 It is seemingly endless and apart from the tracks that become less and less frequent further south there is almost no evidence of human life. 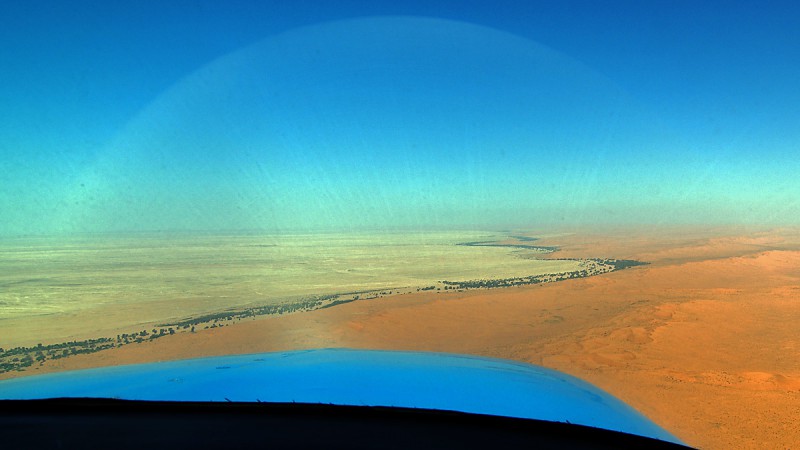 The first part of the flight we followed the Kuiseb River. It is an ephemeral river with mostly underground water. It begins west of Windhoek and flows to Walvis Bay. On the south side (right above) of the river is the Namib Sand Sea. On the northern side (left above) are the gravel plains. 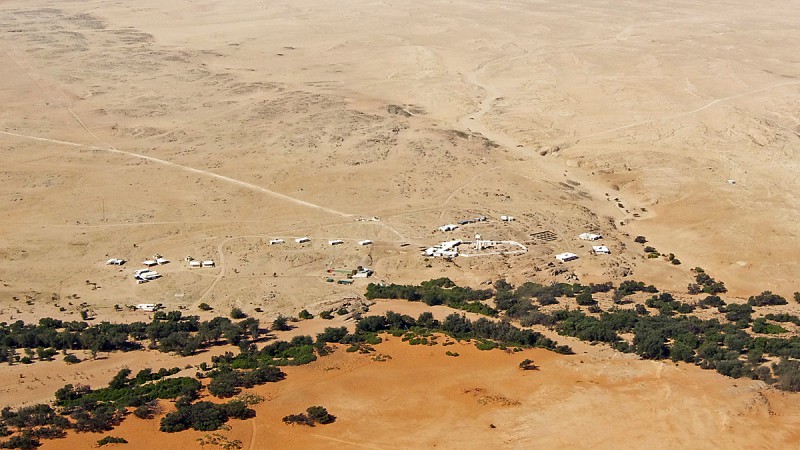 Above you see Gobabeb. It is a research station for a wide range of fields, from archaeology and anthropology to climate and ecology and also geology, geomorphology and desert conservation and restoration. It was founded in 1962 and is since 1998 a joint venture between the Ministry of Environment and Tourism (MET) and the Desert Research Foundation Namibia (DRFN).

Gobabeb has a perfect location at the meeting point of three very different ecosystems. These are the ephemeral Kuiseb River, the Sand Dunes Sea to the south and the gravel plains to the north. 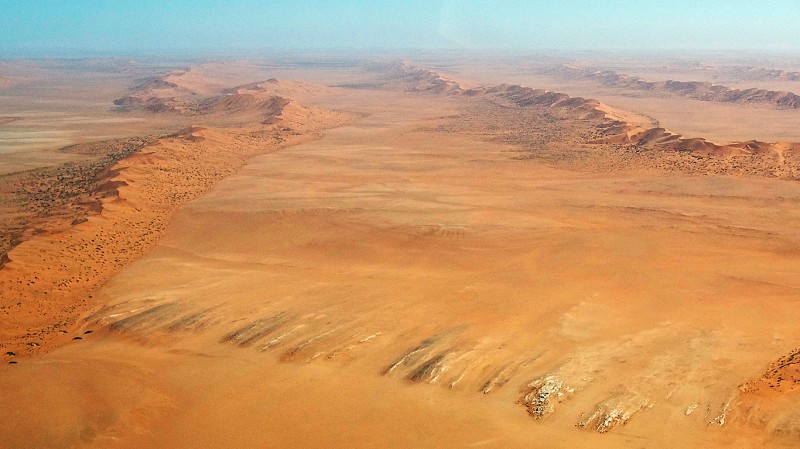 The prevailing winds blow the dunes northward, but their movement is blocked by the river. 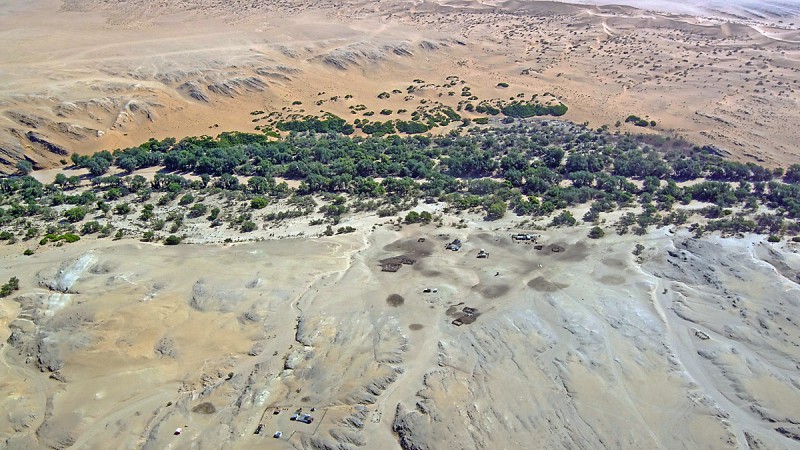 So all along the river you have it dividing the world in two very different parts. 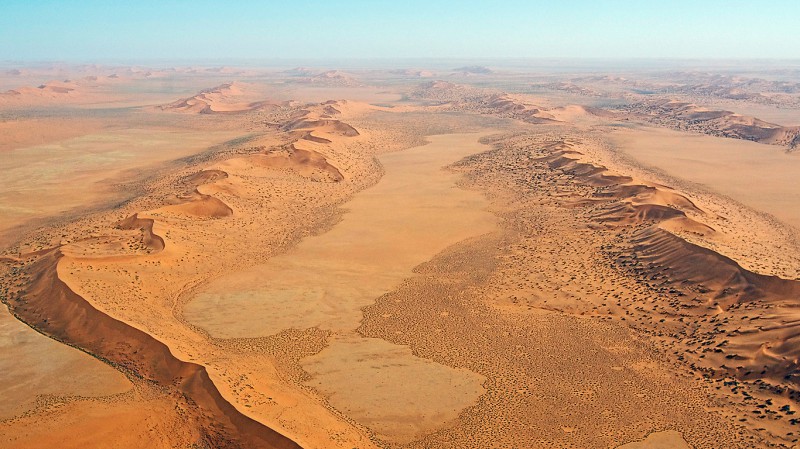 On one side endless red sand in enormous dunes. 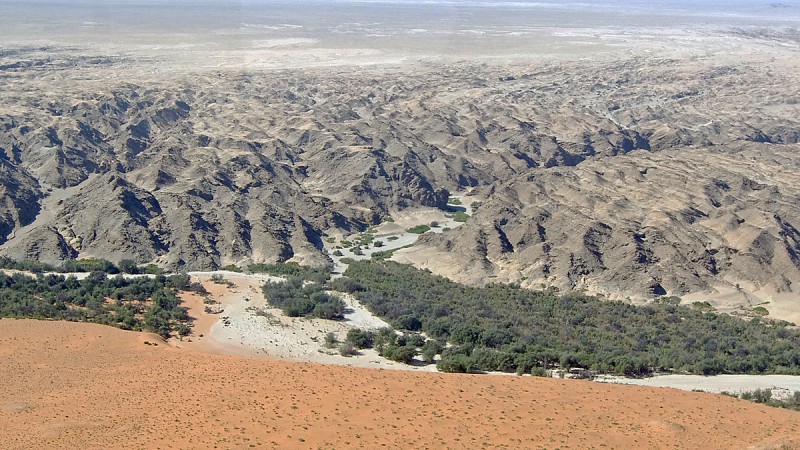 On the other side gravel plains and rocks. There is so much sand and silt deposited in the Kuiseb that it almost never reaches the sea but there are rare exceptions from that rule. In 1934 the river was flowing for several months  and in 1963 again the Kuiseb breached the dune barrier to reach the sea. In 1997 water almost reached the Walvis Bay salt works but a hastily bulldozed wall managed to stop it. In April 2000, a small amount of water reached the Walvis Bay Lagoon and in 2006, a year of record rain falls, the river was in full flood, but failed to reach the sea. 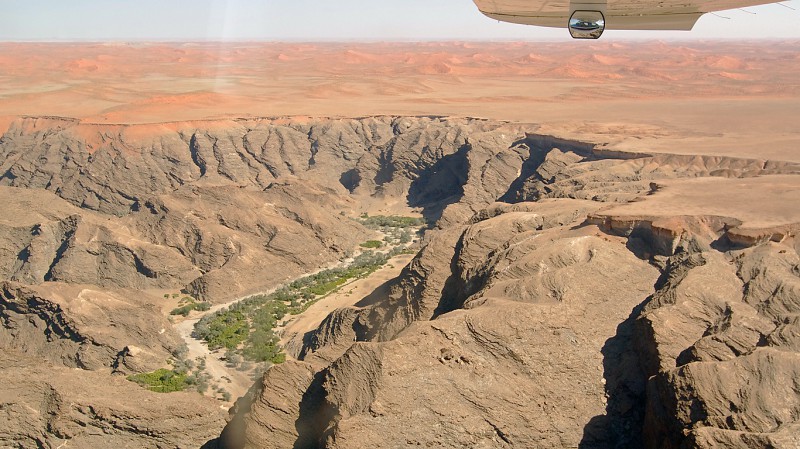 Further south-east the river runs in a deep Canyon. This is where two German geologists, Henno Martin and Hermann Korn were hiding during the Second World War. They had come to South-West Africa (now Namibia) to conduct field research. At the outbreak of the war many male Germans living in South-West Africa were interned. To avoid this and to avoid participating in the war the two scientists decided to flee into the Namib Desert. 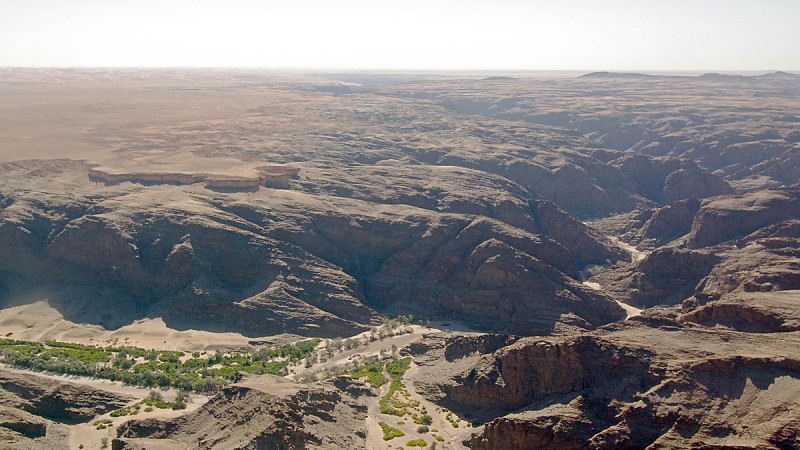 For more than two years they stayed in or near the Kuiseb Canyon having a radio to follow the war events in Europe. As Korn started to become seriously ill from malnutrition they were finally forced to return to civilisation. Henno Martin wrote a book that is available here. A film based on the book came in 1990.

After Kuiseb Canyon our flight continued south towards Sossusvlei…