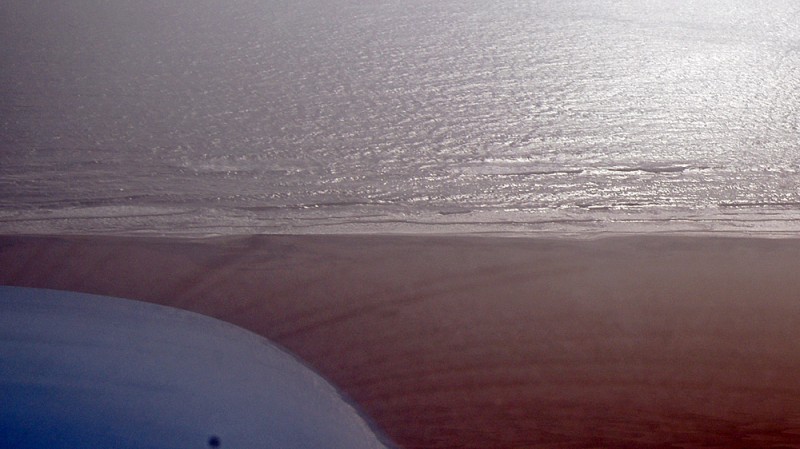 Shortly after leaving the Diamond Camps we reached the coast… 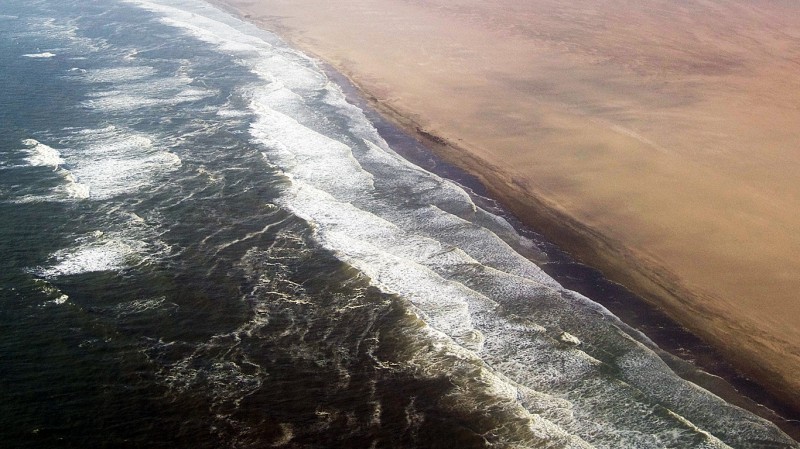 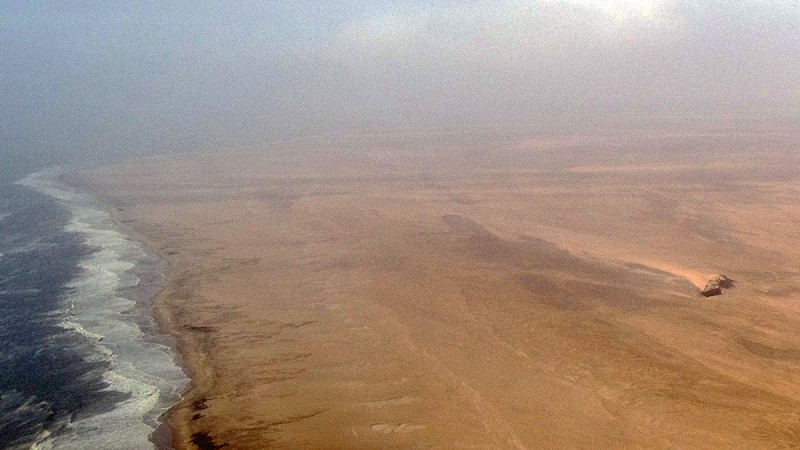 Soon we saw this famous shipwreck in the distance. It is far from the shoreline! 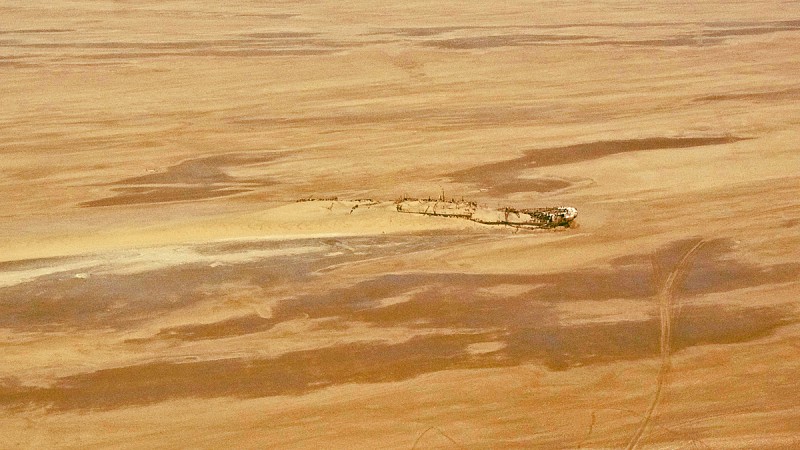 The steamer Eduard Bohlen was a German combined passenger and cargo ship of 2 272 tonnes and almost a 100 metres in length,built in 1891 by Blohm & Voss in Hamburg. On 5 September 1909 she was on a voyage from Swakopmund to Table Bay in South Africa. The sea and coast was covered in thick fog and the ship ran aground here at Conception Bay about 150 km from Swakopmund.

Continuous sand deposits is the reason why, more than a hundred years later, it is now lying partially buried in high sand several hundred metres from the shoreline. 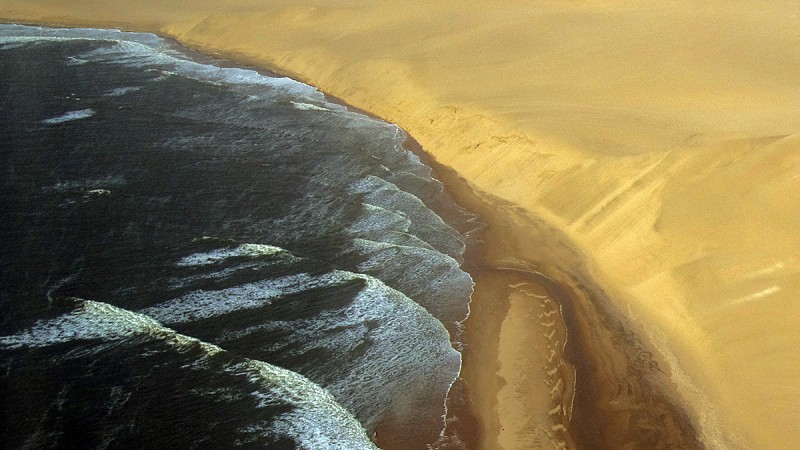 It is a strange coast-line. 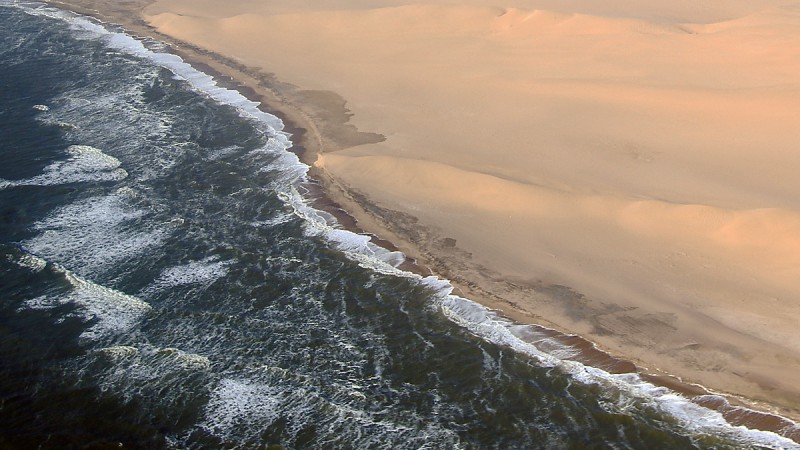 There is water and there is sand. 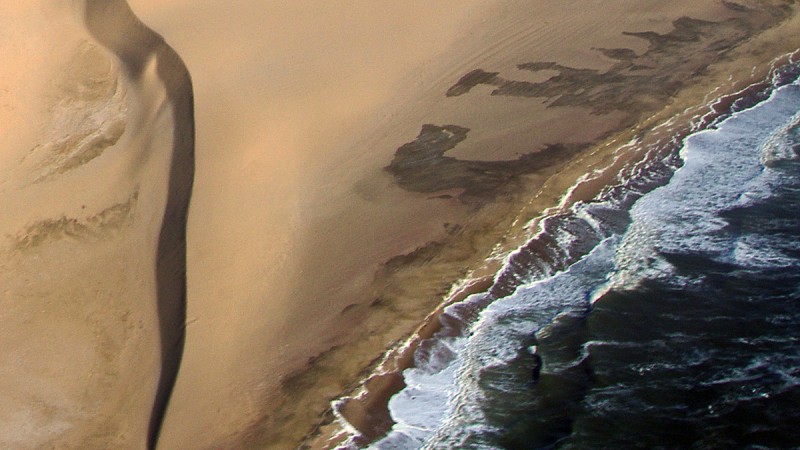 Nothing else. Still the colours and the shapes are “alive” and absolutely fascinating. 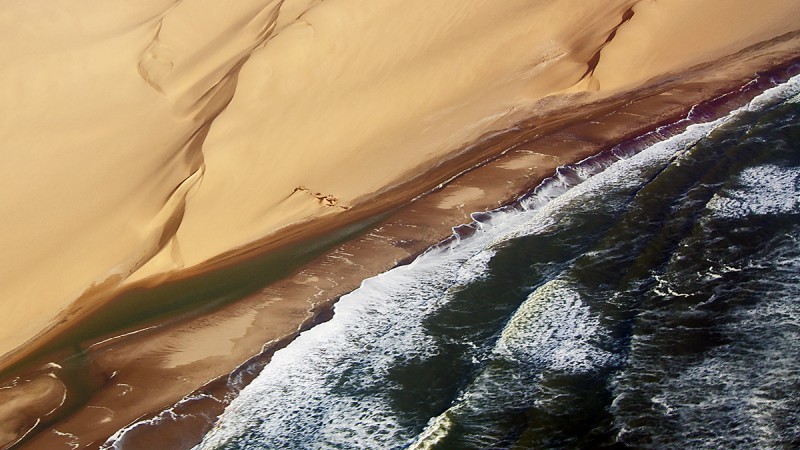 A bit further north is another shipwreck. This is a fishing trawler named Shaunee. It nosed into these dunes in 1976. 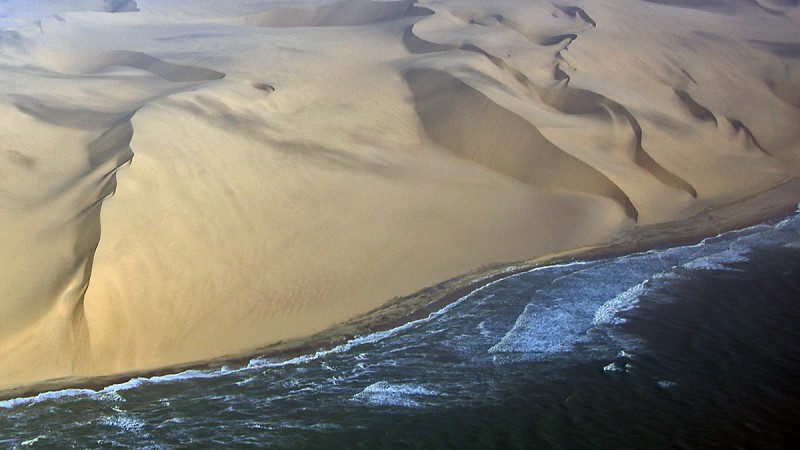 On some stretches there is almost no beach. From the shoreline sand rises steeply and this is called the “Long Wall”. 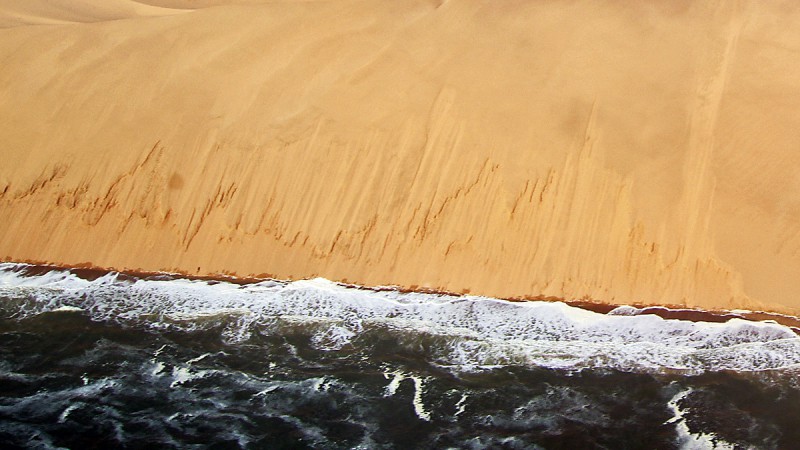 We had one more impressive view of the “Long Wall” but then had to turn right, into the country. The reason is that further north lies the Sandwich Harbour. Here the bird life is very rich and the minimum altitude to overfly it is 3000 feet. 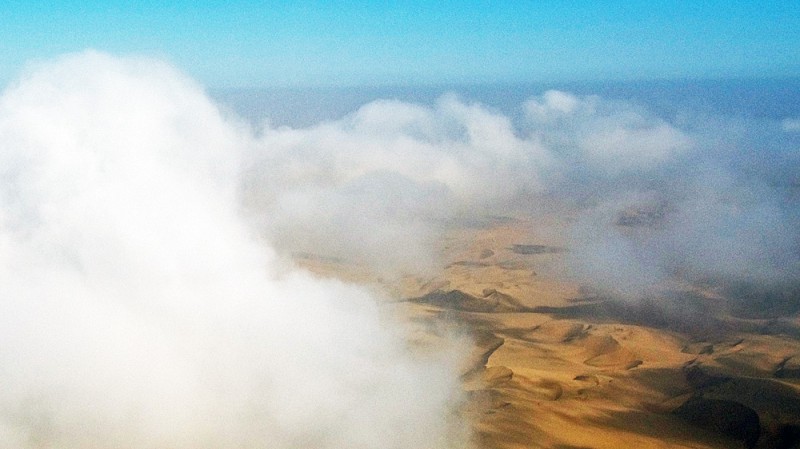 The clouds this day made that impossible. We missed seeing the Flamingos at Sandwich Harbour and instead continued for the two cities…

1 Response to Scenic Flight – The Coast