My Namibian adventure is getting close to the end and I am “turning final”. As I am tidying up my office I find things that bring back a few memories… 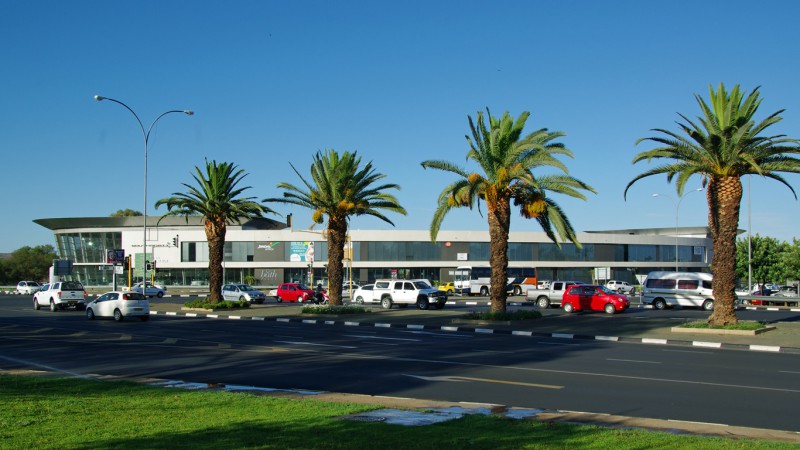 It is just over a year ago that DCA moved to the building above – Southport. This is a temporary location while a new building is constructed. 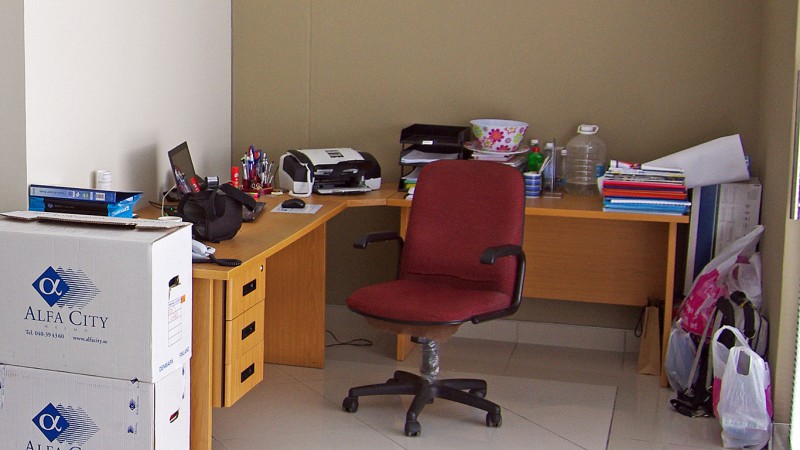 Initially i squeezed into a corner in the coming ANS Safety Oversight Office. 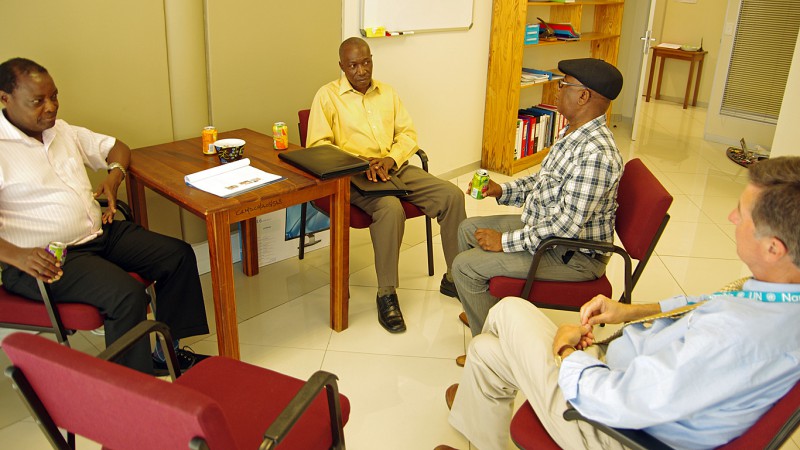 In January we were visited by these three gentlemen, able to give us the story of how the Air Navigation Services in Namibia has evolved during the years from Independence until today. From left George Kizza, Augustin Mgohagulema and Wallace Mloki.

During its history, Namibian ATS has never been an approved organisation although there is a legal requirement for it. To become approved ATS would have to get its Manual of Procedures approved. There is no such Manual so in 2013 I started drafting one. Unfortunately it has not been implemented and ATS is still operating without an approval. 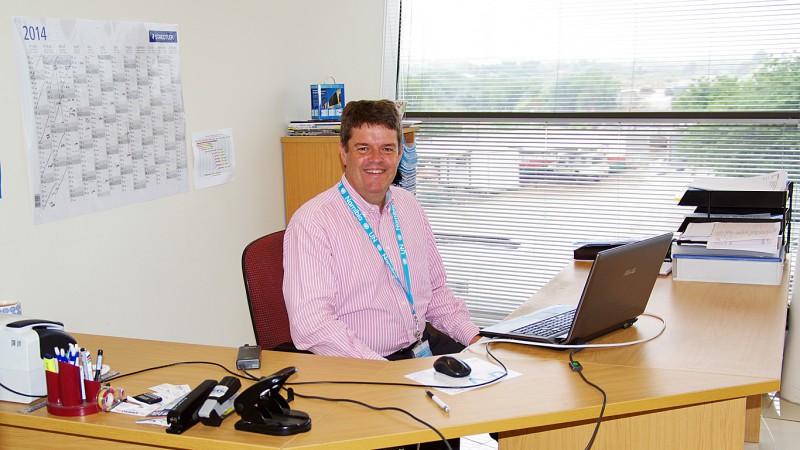 In February I moved “upstairs” and for some time I had my own office next to the Deputy Director of Aviation Administration and Navigation. 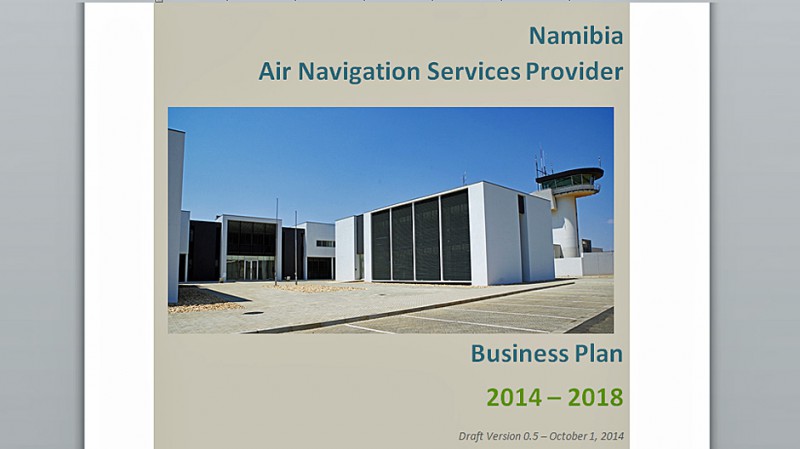 I tried to assist in structuring the development of ANS in Namibia by drafting a Business Plan. It was never implemented. 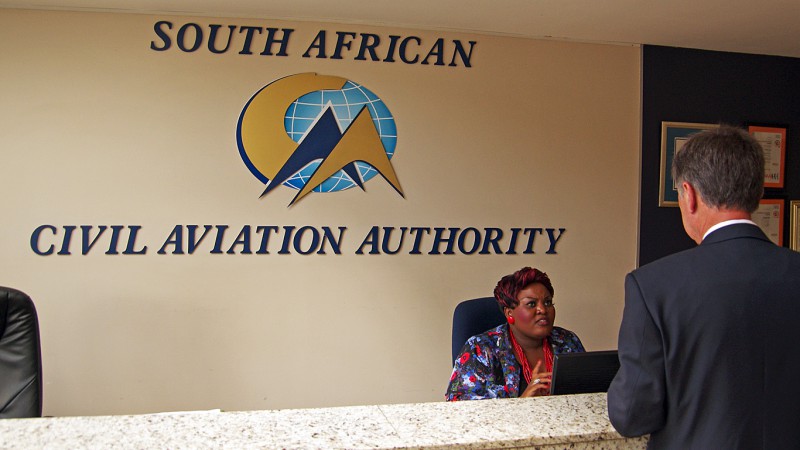 In February Adrian and I went on a short trip to South Africa. We visited the Civil Aviation Authority, met people involved in Safety Oversight of Air Navigation Services to see how they have structured their work. 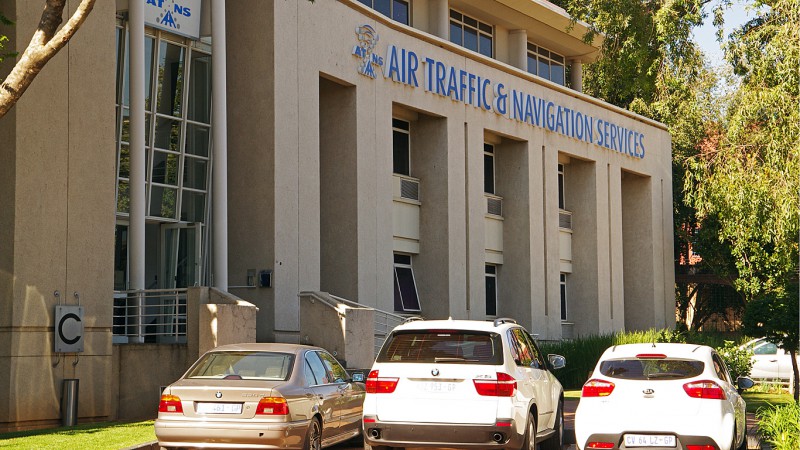 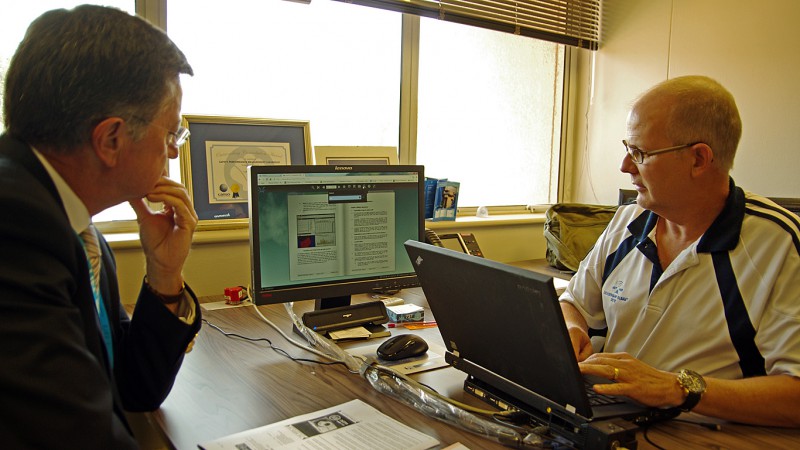 Of special interest was a meeting with Mr. Luke Hawkins who is the Senior Manager Safety & Regulation Assurance for ATNS. Luke showed us the new software ATNS is developing for their safety database.

After a few months my fancy office upstairs was to be used by someone else. I found a desk downstairs in the ANS Safety Oversight Office, sitting with new new ANSSO inspectors. In 2013 I worked on an ANS Inspection handbook and also drafted an Inspector training program. I was glad when Adrian was able to implement the training program and I was also involved in the training of these inspectors. 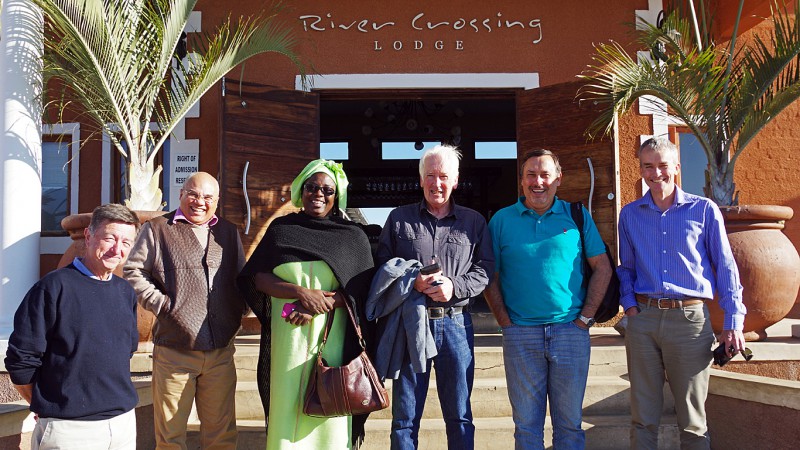 In June we had a visit by Mr Javier Lopez Gonzalez who is the Chief of ICAO Field Operations Section in Montreal. We had good discussions with Mr Lopez and above is a picture from the final lunch at River Crossing Lodge, just outside Windhoek. From left; Adrian, Gordon, Maimuna, Peter, Mr Lopez and our Project Coordinator Tim.

While I still thought it would be possible to implement the QA & SMS I also developed a training program, a series of modules for all parts of the ATS organisation with PowerPoints etc. Unfortunately ATS management choose not to use it. ATS still has no Quality Assurance or Safety Management System. 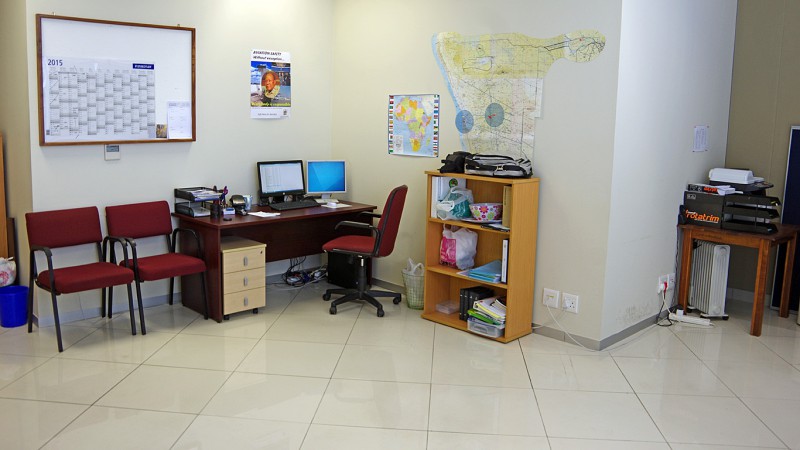 A few weeks ago Adrian left Namibia and the ANSSO office was emptied. I took over the desk from Adrian and am now finalising my work in Namibia.