Northeast Day 2a – To Rundu

Our second day started with breakfast on “Meteor Travel Inn” and after that we were on the B8 from Grootfontein towards Rundu. Halfway to Rundu you pass Namibia’s “Red Line”. It is there to make sure cattle disease doesn’t spread to the south.

The effect is like going from one country to another. South of the line you see huge commercial and fenced cattle farms. North of the line the fences are gone and instead you see numerous small settlements along the road.

North of the line houses are rare. People live in huts but most of them look very neat and well constructed. 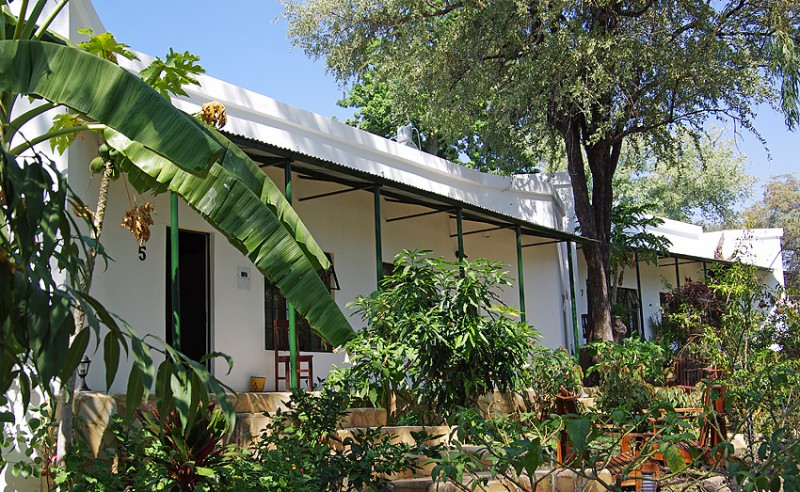 After three hours of driving we reached Rundu and a lodge called Tambuti, located close to the town center but also close to “Rundu Beach” and overlooking the Kavango River. Tambuti is a beautiful lodge  with a lush garden full of flowers and fruits.

Hanna cooled off in the pool while Saga became warm in the sun. Behind Saga you see the horizon. That is Angola on the other side of Kavango River. 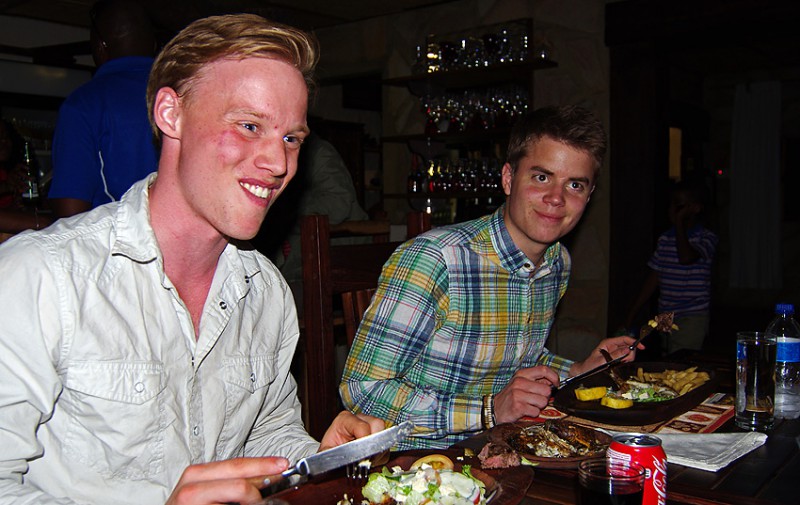 Dinner at Tambuti with an African touch. 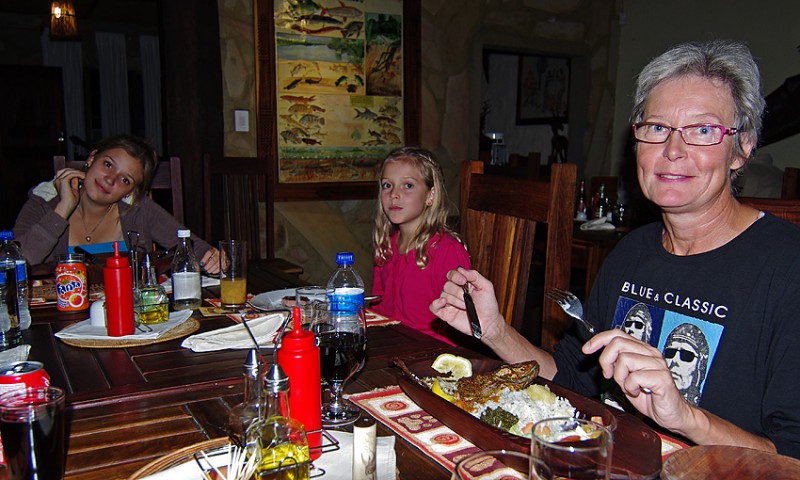 Some of us tried fish from the river.

Since we arrived early to Rundu we had time for some afternoon activities. More on those later…

2 Responses to Northeast Day 2a – To Rundu