Hosea Kutako is Namibia’s and Windhoek’s international airport named after an early Namibian nationalist leader and Herero leader. It is situated 1720 m above sea level some 45 km’s east of Windhoek with a very long runway 08/26 of 4530 meters and a shorter runway 16/34 of 1520 meters.

…and another one for arrivals. 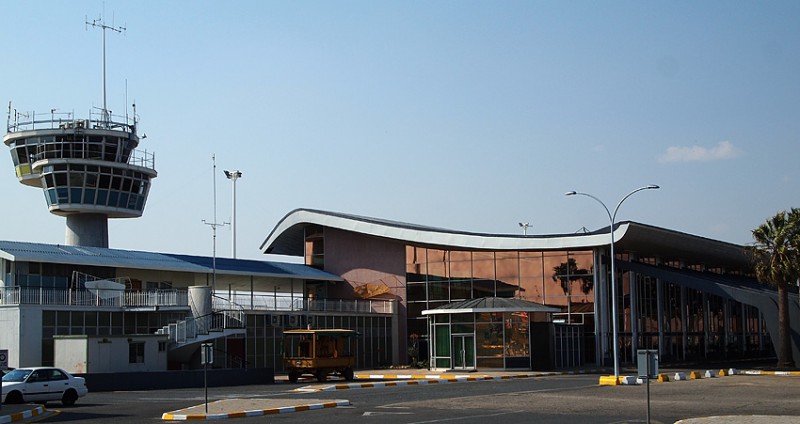 Not far east of it is another terminal building… 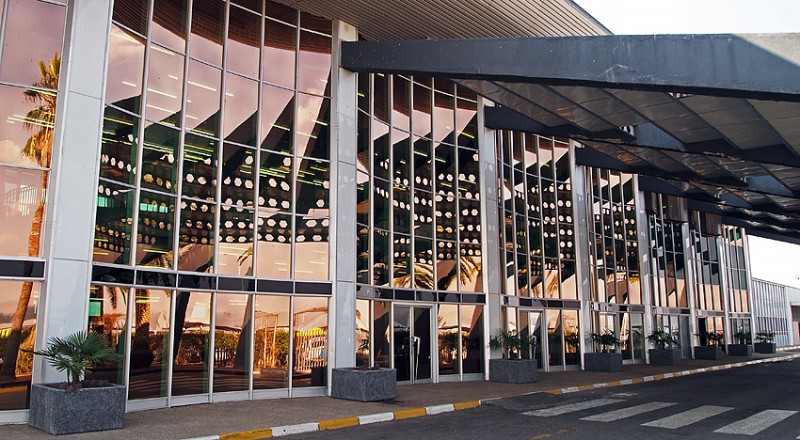 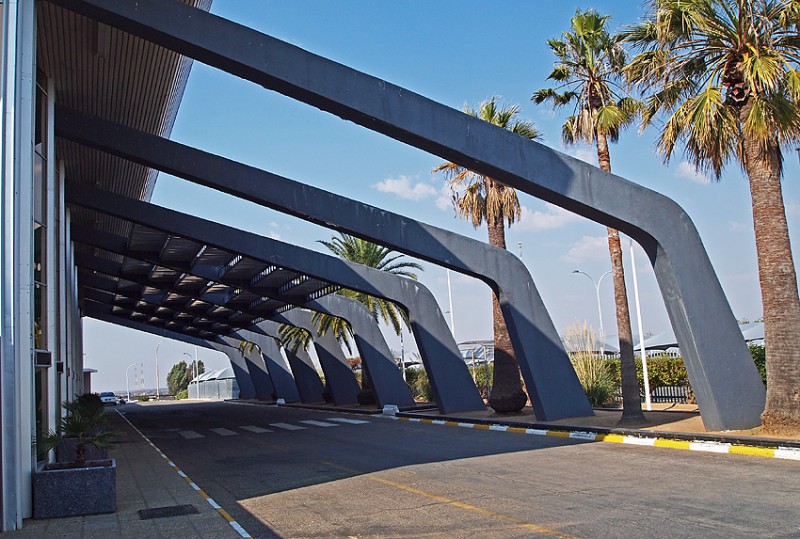 It has very distinct architectural features…

…that are replicated in the nearby fuel station. 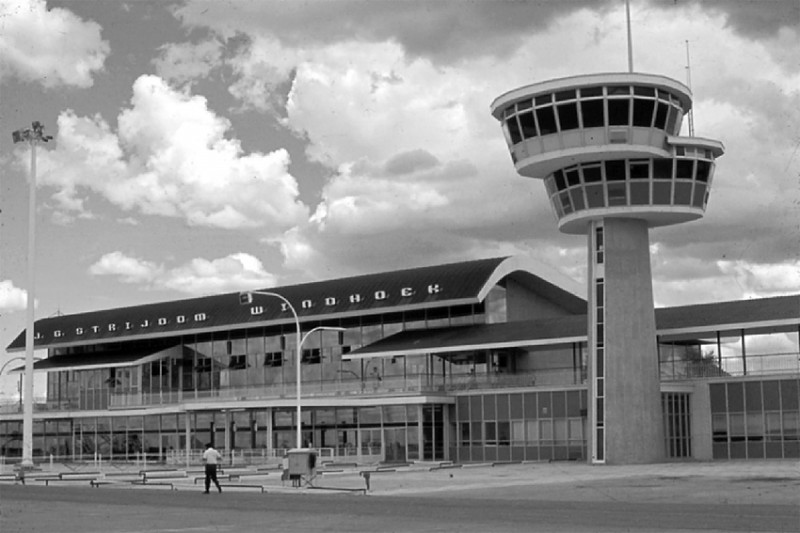 The airport opened 1964 as “Windhoek JG Strijdom Airport”, named after the former South African Prime Minister  (between 1954 and 1958) who was one of the strongest proponents for apartheid. The name of the airport was first used by the city airport that is now called Eros Airport. 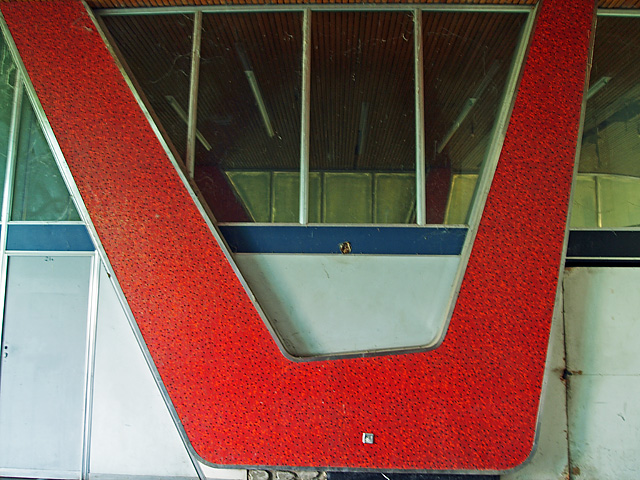 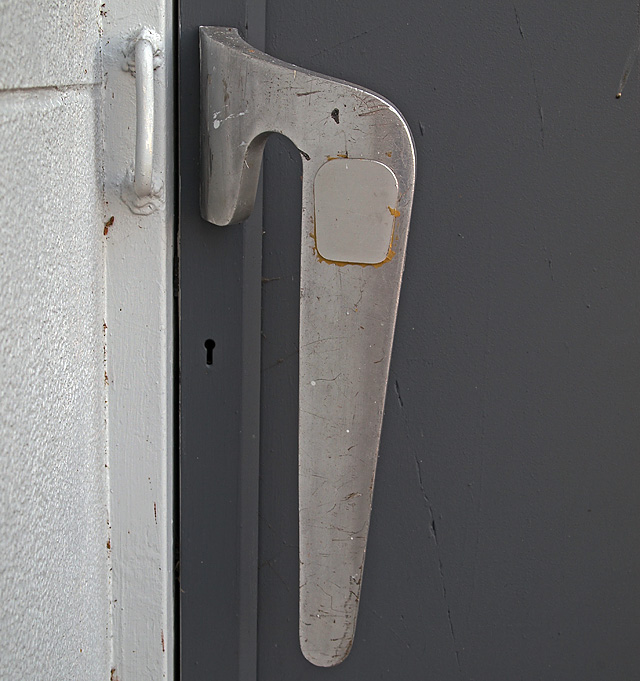 This time however the instructions were more strict. Namibia (by then “South West Africa”) was a mandatory territory under South African governance and although whites and non-whites were to be separated all areas should be “equal” in all respects. 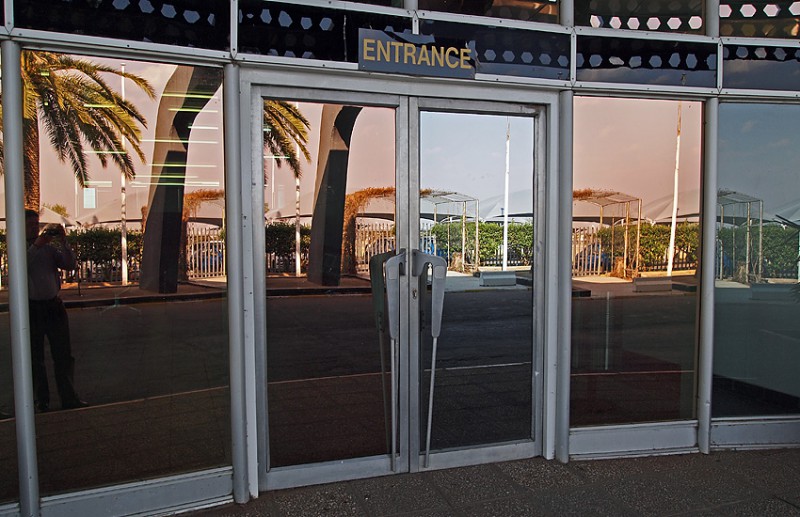 Today the entrance is closed but I was able to peek through the stained windows. In those days the architect did note that ‘the non-white passenger traffic…was almost nil …’ but still designed the building with a parallel concourse for “the blacks” and with a secluded cafeteria and promenade deck.

The areas for “the blacks” were smaller but the instructions from the authorities were met: the materials and standards used were the same.

At Eros the secluded “non-European” promenade deck was turned away from the airport but here on the new aerodrome both decks are facing the apron and the runway. If you scroll up for the black and white photo above you can see a smaller “view deck” to the left for “non-Europeans” and a larger one to the right for “Europeans”. 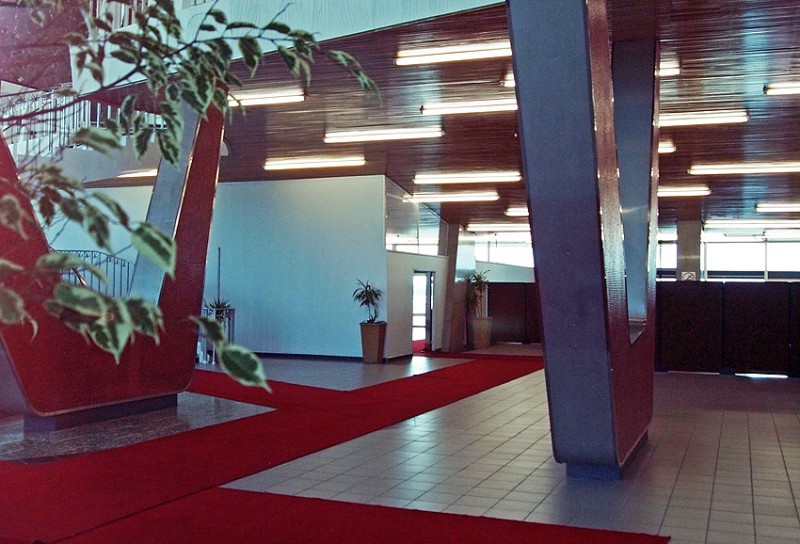 At the time of designing there was a proposal to build a “subway” to have “the blacks” pass below “the whites”. The original name for the airport was appropriate… 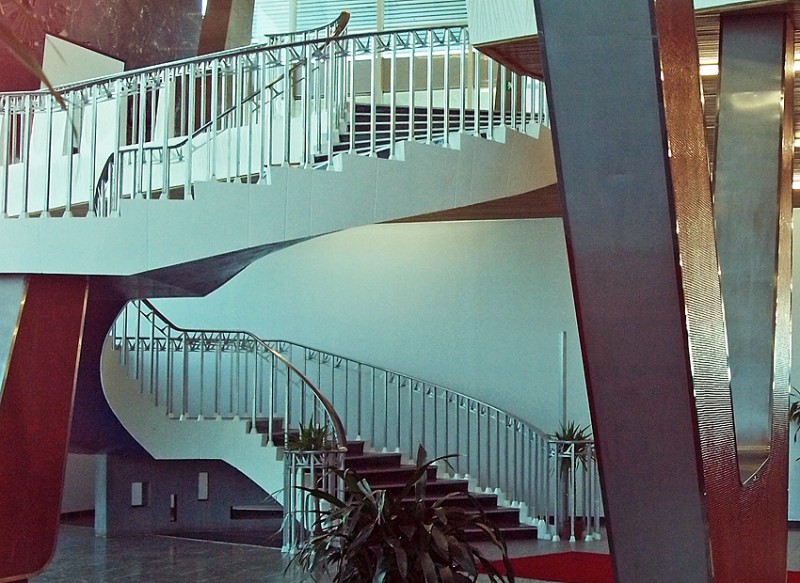 It seems that factors like very few black passengers at the time and the fact that all flights were non-segregated made these arrangements rather absurd and they were probably not used for a very long time. 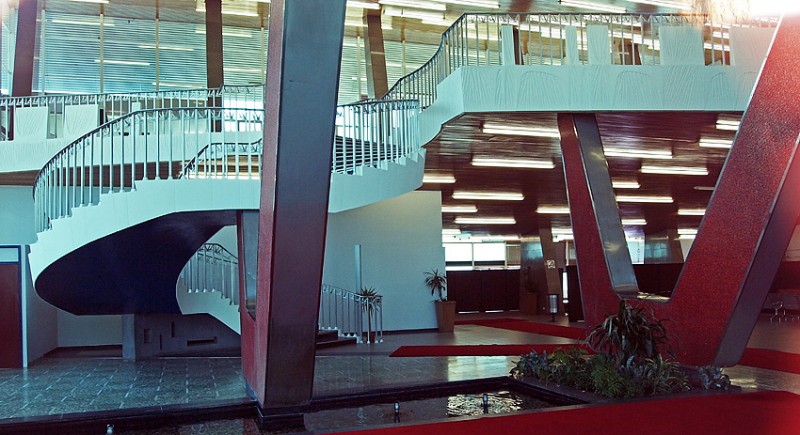 It is a bit sad because in spite of it’s disturbing history this is a beautiful building with a lot of remarkable 1960-ish details. When I looked in through the windows I sort of expected James Bond in Sean Connery’s version to come walking elegantly dressed in his 1960’s suit and with a nonchalant smile as he ordered his Martini “shaken, not stirred”…

Read more about “Apartheid Politics and Architecture in South Africa“