F5 Ljungbyhed was the home of Swedish exhibition Team 60. This was a team that used six of the flying instructors and six of the aircraft from Swedish Air Force flying school. In other words, a flying student could have his lessons in a Team 60 machine and with a Team 60 pilot as instructor. One of the advantages of my profession – free airshows included! The Team 60 were a great team and in fact, they still are… Some Team 60 pictures from 1985:

In 1986 F5 celebrated 60 years as the Air Force flying school with a big airshow. A few pictures from that great day:

A Tiger Moth with the owner – Pär Cederquist – in the cockpit. Another one of the owners was my father who is here talking to the pilot.

The great mixed SAAB team. Lead by a SAAB 105 there is a SAAB 37 Viggen on the left side, a SAAB 32 Lansen on the right and last but not least the SAAB 35 Draken.

Of course the Team 60 was there. 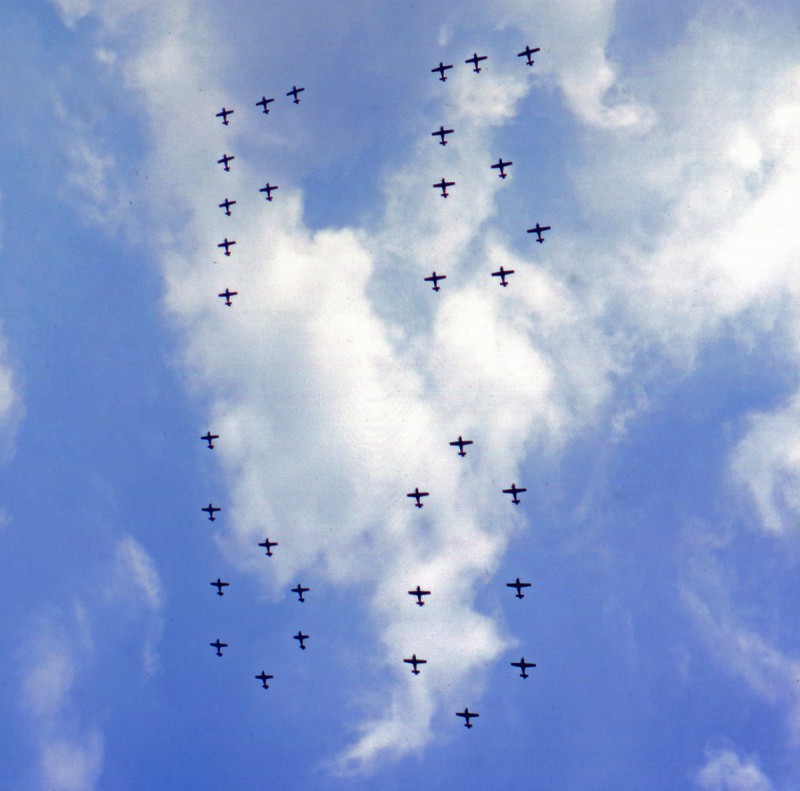 From Great Britain came this guest, a Spitfire beautifully flown.

…very late that day this beautiful bird arrived. With this nice mixture of different aircraft on an airport you have to try and arrange something special:

I hope you liked the show…

2 Responses to More from F5…